I just wanted to give everyone a quick reminder of the fact that the MEK, an Iranian cult of highly suspicious funding which is beloved by Trump insiders like John Bolton and Rudolph Giuliani for its extremely vocal pro-regime change agenda, was removed from the US State Department’s list of designated terrorist organizations by none other than Hillary Rodham Clinton.

I point this out because I’ve been butting heads with the pro-Trump faction of my readership quite a bit lately about this administration’s dangerous escalations against Iran, including starvation sanctions explicitly geared toward provoking unrest following America’s withdrawal from the Iran deal, as well as escalated CIA covert ops. There is no legitimate reason to believe that this administration can simultaneously (A) deliberately stir up chaos in Iran while also (B) maintaining so much control of the situation that it can keep things from getting out of hand, while also (C) making sure control of the situation remains in the hands of the Iranian people, as many faithful Trump supporters have confidently assured me. These are nonsensical, intrinsically contradictory beliefs, and I figure my best shot at getting people’s skepticism up to a sane level is to throw a monkey wrench in their partisan loyalties by pointing out that Hillary Clinton helped advance the same agendas.

Funny how #QAnon followers have never been instructed to investigate this particular rabbit hole, by the way. #psyop https://t.co/Dusa23NsVb

Whenever I say that the pro-Trump, pro-regime change 8chan phenomenon known as QAnon is an establishment psyop designed to herd the populist right into supporting neoconservative establishment agendas, Q enthusiasts always come at me telling me it’s a purely beneficial and healthy thing.

“How can Q be bad, Caitlin?” they ask. “All he does is ask questions and encourage us to do our own research to expose the deep state for ourselves!”

Well, normally doing your own research and asking questions is a good thing, and there’s nothing inherently wrong with digging up information about the corrupt financial ties of Democrats and Never-Trumpers. But that’s all the anonymous 8chan user ever directs followers to look into: Trump’s political enemies and targets. If they were legitimately interested in exposing the mechanics of the unelected power alliance known as the deep state, it would be an entirely bipartisan ordeal since the deep state controls both parties. And the Trump administration’s ties to the MEK are just the sort of rabbit hole Q enthusiasts would be exploring.

But they don’t. The only rabbit holes they ever explore are ones which strengthen their conviction that all of Trump’s warmongering and his coziness with deep state swamp monsters like John Bolton are actually brilliant strategic maneuvering against the deep state. I’ve been sincerely informed many times by Trusting Q enthusiasts that Julian Assange is no longer at the Ecuadorian embassy, that Trump’s illegal Syria strikes actually took out a secret Iranian nuclear facility, that the deep state controls Iran currently, and that it used to control North Korea and Saudi Arabia as well until Trump liberated them.

One year ago, the actual, literal psychopath who would soon be named Trump’s National Security Advisor appeared at an MEK rally and declared that the cult was a “a viable opposition to the rule of the ayatollahs.”

“I had said for over 10 years since coming to these events, that the declared policy of the United States of America should be the overthrow of the mullahs’ regime in Tehran,” Bolton proclaimed. “The behavior and the objectives of the regime are not going to change, and therefore the only solution is to change the regime itself. And that’s why, before 2019, we here will celebrate in Tehran!”

These sentiments were echoed with remarkable similarity this past weekend by Trump’s lawyer Rudolph Giuliani at another MEK event in Paris.

“The mullahs must go, the ayatollah must go, and they must be replaced by a democratic government which Madam Rajavi represents,” Giuliani said in reference to MEK cult leader Maryam Rajavi, adding, “Freedom is right around the corner … Next year I want to have this convention in Tehran!”

On the latest protests in Iran, his comments got even creepier:

Again, the lawyer for the President of the United States was addressing the MEK terror cult when he said this, and that terror cult has a training compound in Albania. If it had come out in a WikiLeaks document that this sort of thing had been said by an Obama lawyer to an audience of Al Nusra fighters in Syria, Trump supporters would have shaken the earth about it. But it was said out in the open by the lawyer for the current sitting president, and is going mostly ignored for purely partisan reasons.

“Since the US occupation of Iraq in 2003, the strategic value of an Iranian group willing and capable of performing attacks and destabilization efforts has been seen as strategically important to the West, which has been desperate to curb Iran’s quest for Middle Eastern predominance in the post-Saddam power vacuum.”

That about sums it up right there.

As I’ve been saying all year, Plan A for the US-centralized empire is not to do to Iran what was done to Iraq; Plan A is to do to Iran what was done to Libya and Syria. It’s important to be clear on this so we know what to watch for. The modern approach to destroying a noncompliant government is to use sanctions, propaganda, covert ops and alliances with extremist factions to plunge the disobedient nation into chaos, all of which this administration is currently doing. This is far more efficient and media-friendly than a full-scale ground invasion and the regular deliveries of flag-draped coffins which necessarily come with it. The antiwar movement needs to adapt skillfully to opposing a form of warfare which relies more on drones and CIA ops than the traditional forms of conventional warfare, because they are just as deadly and devastating, as a swift glance at Libya and Syria makes evident.

You’d think for all their perfectly justified hatred of Obama’s warmongering, the populist right would do a better job of spotting those exact same patterns re-emerging in the current administration, especially when some of those patterns involve a group Hillary Clinton herself took off the US terrorist list.

What’s up with that, my MAGA brothers and sisters? You guys love Hillary all of a sudden? Is she “based” now?

Let’s get real. The two-headed one-party system has found yet another way to undermine humanity, and Trump is just as much a part of it as his predecessors. Look at the whole truth, so you can fight the whole machine. Half-truths are the same as lies. 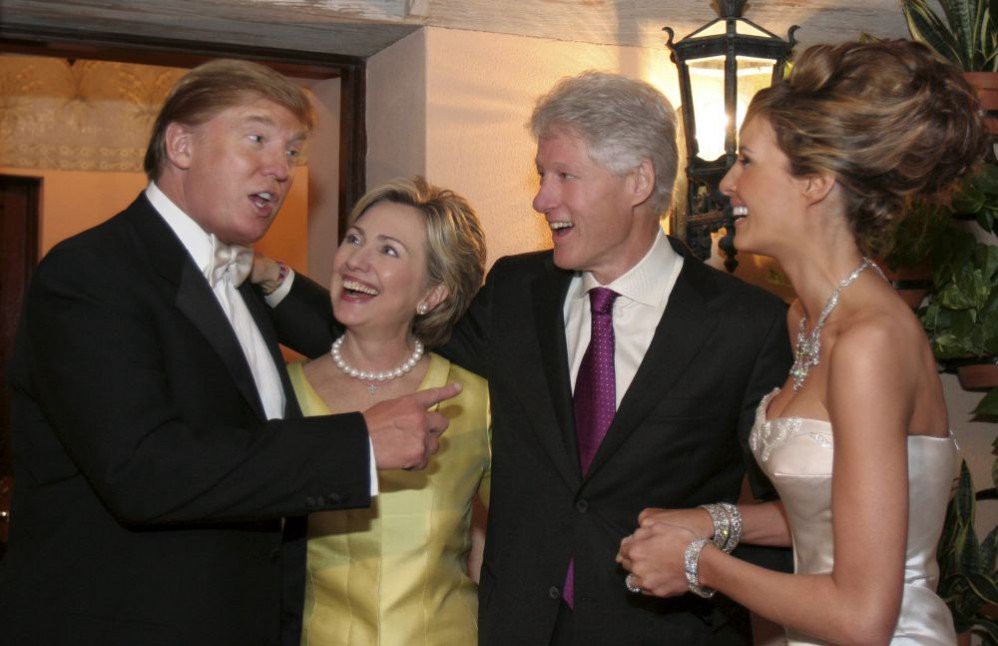 A second mother in less than a month is now in the exact same court that just sentenced a mom to jail for refusing to vaccinate her son. *Update: Rebecca Bredow was sentenced to seven days in jail for not vaccinating her son, and has since lost custody of her child. Detroit, MI — (TFTP) Only days after Read More…

‘Your Body Is The Battlefield’ In The War On COVID & NIH, DARPA Focus On Digital/Predictive Health

Welcome to The Daily Wrap Up, a concise show dedicated to bringing you the most relevant independent news, as we see it, from the last 24 hours (10/8/20). As always, take the information discussed in the video below and research it for yourself, and come to your own conclusions. Anyone telling you what the truth Read More…

The parents of a severely mentally disabled man are speaking out on how the FBI groomed him as a right-wing terrorist, knowing he’s paranoid schizophrenic. Originally Released 08/17/17 – (TFTP) It’s become a near-weekly occurrence. Somewhere in some state, the FBI will announce that they’ve foiled yet another terrorist plot and saved lives. However, as Read More…