Nuclear war is one of those fears that we all share, not only because the outcome of such an event would be absolutely catastrophic, but also because it is becoming more and more likely that such an event will take place in the future. The United States has the most nuclear bombs on the planet, maintaining an extensive arsenal. According to the Federation of Atomic Scientists, that arsenal now houses over seven thousand nuclear bombs. Russia and China aren’t far behind, and then there are a few more countries whose nuclear arsenal is significantly smaller, but deathly dangerous nonetheless. In reality, it would take but a hundred nuclear bombs to wipe out all life on this planet, and we have more than that – much more.

Humans have waged war for millennia, and as the technology that we wield advances, so does the destructive potential of these wars. Nowadays we have nuclear arms, chemical weapons, railguns and all sorts of other pretty toys that the military is keeping on standby in case they might need them. And since global disarmament doesn’t seem like it’s coming anytime soon, the best we as common folk can do is prepare for the worst, and the worst is a full-out nuclear holocaust.

There have been many theories on how to prevail during such a catastrophic event, and there are some things that you can do to increase your chances of survival. Today, I want to talk about some of them. 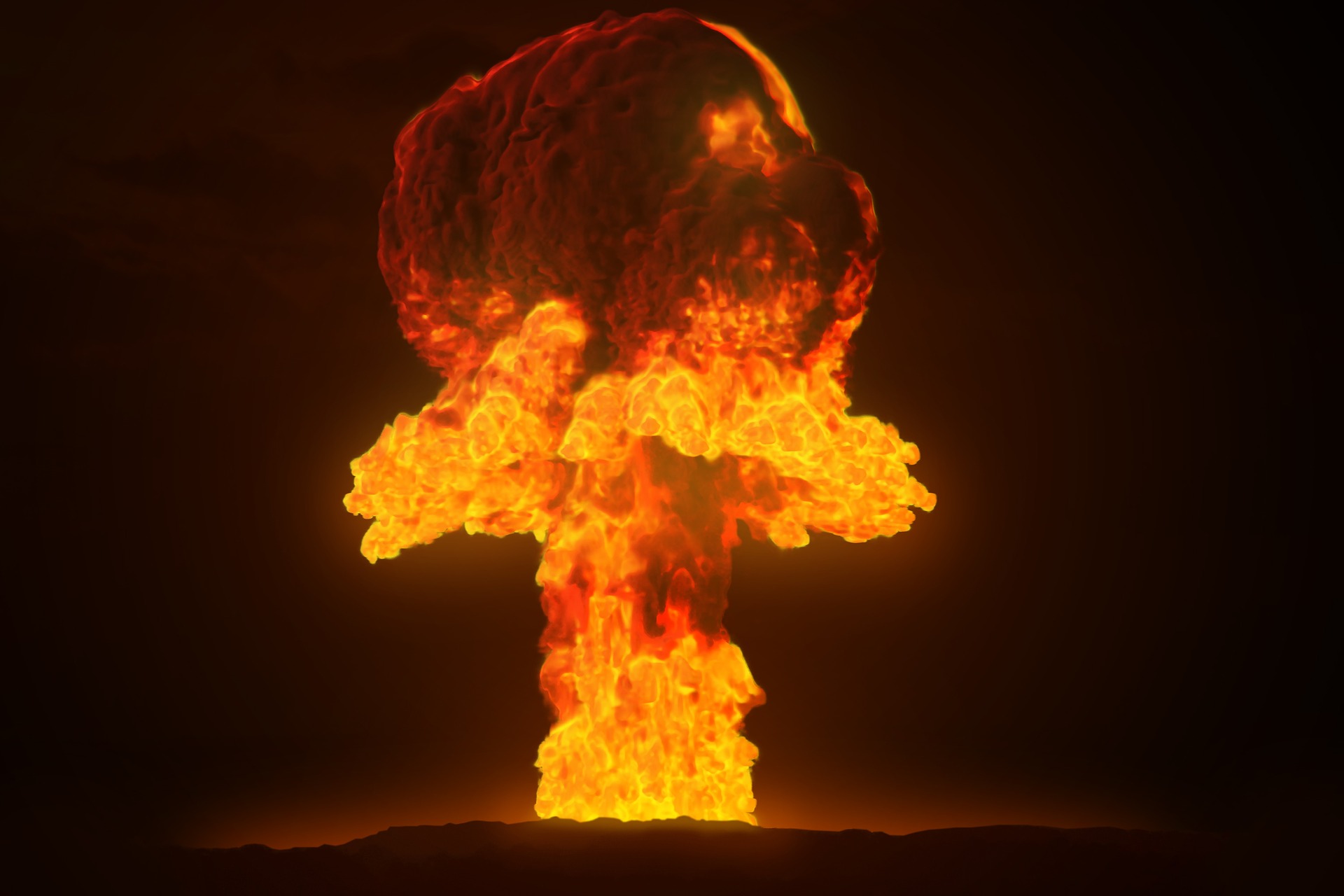 If a nuclear bomb strikes, the first thing you want to do is find a way to hide from that initial first wave of radiation, and the only way to do this is to find adequate shelter

for yourself and your loved ones. There are probably several bomb shelters in your area that are designed for this particular purpose, and locating them beforehand can save you those few valuable hours or minutes after disaster strikes.

If you’re significantly distanced from the point of impact, there are also other ways to shield yourself from radiation. Concrete and lead are great at keeping gamma waves out, so if your basement is encased in concrete your best bet is to probably hide out in there for a few days, if you can’t make it to a shelter that is.

The real danger following a nuclear strike isn’t the initial detonation at all. Although a nuclear bomb can annihilate an entire city in mere seconds, the real threat is the massive amount of radiation that will render all food and water in a massive radius completely unsafe for human consumption. Eating any irradiated food can cause severe radiation poisoning and the development of tumors within your body, so you have to make sure that you have some food hidden away in a thick concrete container to protect it from the radiation. Nuclear fallout can last for years, so it’s important that your food stocks are as abundant as possible.

The more you know about the dangerous situation you’re potentially going to be in, the better the chances are that you are going to be able to survive it. Learn as much as you can about the physics of a nuclear reaction, why it is dangerous and under which circumstances do you need to protect yourself. If nuclear war does happen one day, there is going to be a ton of misinformation out there, misinformation driven by fear and ignorance, and only by educating yourself as thoroughly as possible about all the potential risks will you be able to tell a difference between a dangerous situation and a perfectly safe one. 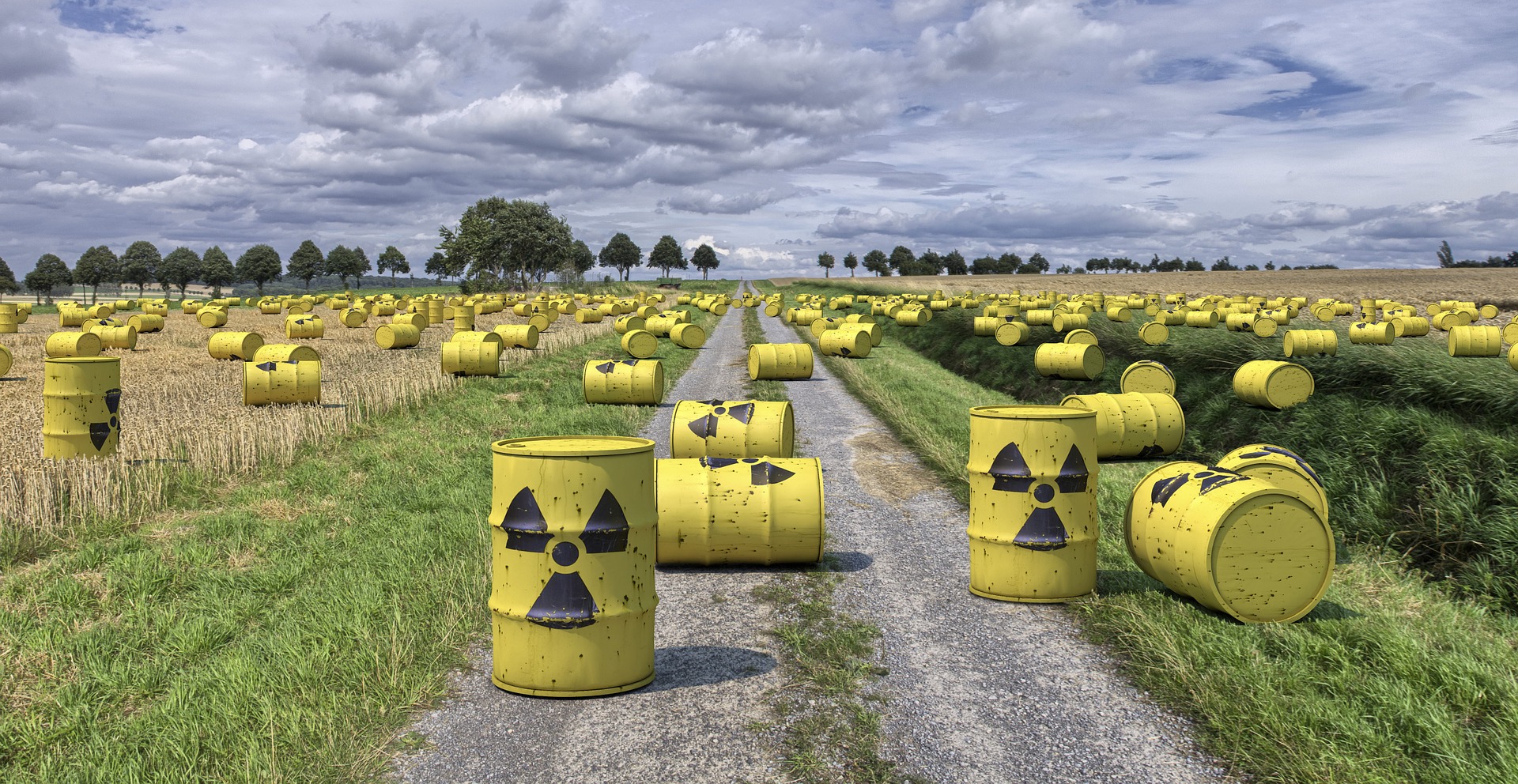 You’re going to need more than food if you hope to survive a nuclear apocalypse. Some additional stuff like a first aid kit

as well as radio transmitters and receivers are going to come in exceptionally handy. Flashlights with tons of extra batteries are a good idea as well, as you really can’t predict what the situation concerning the power is going to be like following a nuclear blast. No power potentially means no landlines and no cell phone coverage either, so in order to communicate you’re probably going to have to rely on good old-fashioned radio waves, hence the transmitter and receiver.

Editor’s Note: Ultimately, no one knows what the future holds, so the more you can educate yourself, the more you can prepare yourself for that which history has shown is inevitable, the better you will be able to adapt and adjust when the time comes. The ability to care for and protect yourself and the ones you love during times of instability and uncertainly, is always reciprocal to effort and time spent in preparation beforehand. Stay vigilant. Follow the change. Be the change.

Robert Foster
Born and raised in Santa Barbara, Robert Foster is a professional personal trainer, certified in kettle bells, TRX and group training. He’s an experienced mountain climber and a cycler that writes about his experiences on http://prosurvivalist.com/ from time to time.
https://www.thelastamericanvagabond.com

On Wednesday, a measure is being advanced at the behest of House Speaker Paul Ryan (R-WI) aiming to derail House Continuing Resolution 138, a War Powers Act challenge which would force an end to the US military involvement in the Saudi-led War in Yemen. Under the War Powers Act, any individual lawmaker is intended to Read More…

Hezbollah Is Saving Lebanon When No One Else Will

As Lebanon sinks further into decline, whilst the international community refuses to help, Hezbollah is stepping in to keep the country afloat amidst criticism that it seeks to take over the country. On August 19, the Secretary General of Lebanese Hezbollah, Seyyed Hassan Nasrallah, announced that his Party had secured a deal with the Islamic Read More…

Welcome to The Daily Wrap Up, a concise show dedicated to bringing you the most relevant independent news, as we see it, from the last 24 hours (1/21/22). As always, take the information discussed in the video below and research it for yourself, and come to your own conclusions. Anyone telling you what the truth Read More…