Behind almost every liberal crusade of the past several decades, from the blocking of voter ID laws to the Syrian refugee crisis, there has been one man quietly pulling the puppet strings from the background: George Soros.  So imagine our complete shock when we discovered Soros to be the financing source behind Facebook’s “third-party fact checking” organization retained to flag, and thus eliminate, “fake news.”

Just yesterday, Facebook posted the following press release to their website detailing their plans to use a “third-party fact checking organization,” known as The Poynter Institute, to flag “fake news.”  The role of the “fact checkers” will be to review news stories and flag anything they deem to be “fake” so that it can be deprioritized on Facebook’s news feed. 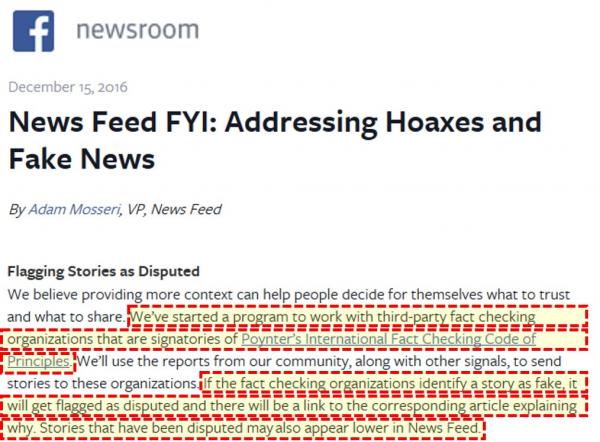 Of course, that raises any number of questions including what will be deemed to be “fake news” (e.g. will dissenting opinions be deemed “fake”) and who exactly gets to oversee such a powerful position that basically has been given carte blanche to censor media outlets of their choosing?  Surely such an organization would have to be an extremely transparent, publicly funded, bi-partisan group, right?

Well, not so much apparently. A quick review of Poynter’s website reveals that the organization is funded by the who’s who of leftist billionaires including George Soros’ Open Society Foundations, the Bill & Melinda Gates Foundation, Google, and Ebay founder Pierre Omidyar’s Omidyar Network.  Well that seem fairly bipartisan, right?

But don’t worry, Poynter would like to assure you that they’re committed to “nonpartisan and transparent fact-checking.” 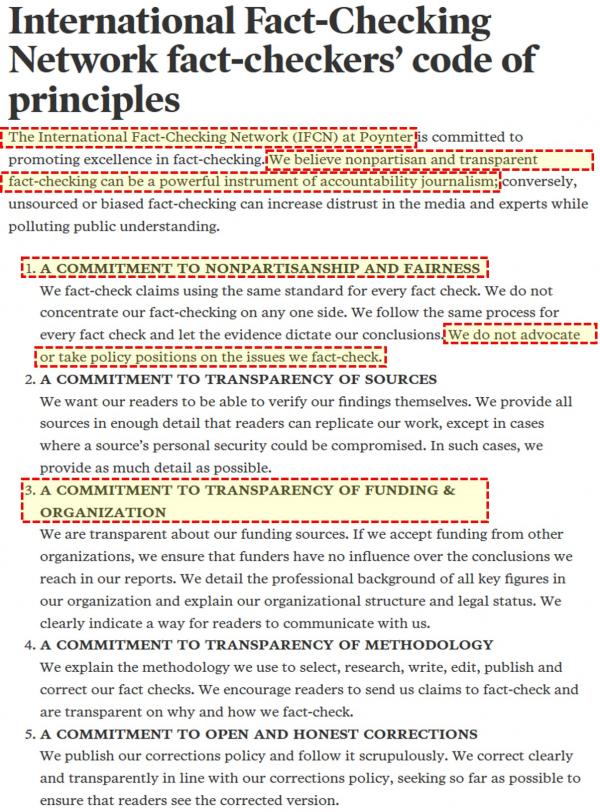 Of course, as Fox News pointed out back in 2011, it was Poynter that taught a “journalism” class that urged journalists to downplay the threat of terrorist organizations by comparing death tolls of terrorist attacks to those associated with malaria and HIV/AIDS.

But to illustrate this point, the course references the number of people killed by various causes, implicitly suggesting journalists change the way they report on jihad-related deaths.

“Of the hundreds of murders that occur each day, journalists are far more likely to report on jihad-related incidents than other violence. As a result, news consumers have developed a skewed impression of the prevalence of jihad, relative to other forms of conflict. Context is essential in covering this global story in a way that does not amplify fears of jihad,” the course says.

The Poynter course estimates jihad groups have killed about 165,000 people over the past four decades, mostly in Iraq. It notes the biggest toll in the United States was the approximately 3,000 killed on Sept. 11, 2001.

“To give those numbers some context, the FBI reports that approximately 15,000 people in the U.S. are murdered each year. All around the world, more than half a million people are murdered annually, according to the World Health Organization,” the course says. “At its peak, jihad organizations have accounted for less than 2 percent of this toll — in most years, they account for well under 1 percent. (A half-million individuals die each year from nutritional deficiencies, more than 800,000 from malaria, and 2 million from HIV/AIDS.)”

Would that count as “advocating or taking a policy position” on an issue?

So congrats on choosing a “nonpartisan” fact checker, Mr. Zuckerberg.  We eagerly await the creation of a competitive social media outlet, one that promotes truly free and independent thought, which you have surely just spawned with the creation of your new “department of censorship.”

Chapter 9: Prayer, Ceremony & Ritual [Letters from Home] “Home is not nearly a place, nor a term, home is a psychic integration… The home is a degree of consciousness, it is an unfoldment of principles, it is a revelation of purposes, it is something that happens as we unfold and evolve, by means of Read More…

In a speech at Stanford this month, US Secretary of State Rex Tillerson declared that America intends to keep military troops in Syria indefinitely, in pursuit of the US’s “key end states for Syria,” including “post-Assad leadership,” the marginalization of Iran and the elimination of “weapons of mass destruction” that the US claims Syria has. Occupying Read More…

In India’s poorest state, farmers are setting world-breaking records growing rice and other staple foods, without the help of genetically modified organisms, and none of Monsanto’s billion-dollar herbicides. With the biotech industry claiming that the world can only be fed with heavily-doused herbicidal crops coming from genetically modified seed, it’s astonishing to see a region Read More…