So it’s come to this. The fate of the world hangs in the balance…and it’s the EU that’s going to be the deciding factor.

You may have heard that the US scrapped the Iranian nuclear deal this week, setting off a series of events that could very likely end up in a regional conflagration. But if that’s what you heard, then you heard wrong. In actuality, Trump signed an Executive Memorandum on Tuesday that reaffirmed his October 13, 2017 decision to deny re-certification of the JCPOA and lifted sanction waivers promised under that agreement.

Confused? Don’t worry, so is mostly everyone else. But here’s the bottom line: the “Iran nuclear deal” was not some treaty between the US and Iran. It was a Joint Comprehensive Plan of Action signed by China, France, Russia the United Kingdom, the United States, the EU and Iran. In other words, only one player in this seven-member deal is walking away from the table.

This is not a trivial distinction. What it means is that it is still perfectly possible that the other signatories to the agreement could continue on with the agreement or hammer out some replacement for it. At the very least, Europe could stand up to Washington’s sanctions regime…if they followed Mish Shedlock’s advice and “Grow a Backbone on Something Important,” that is. As Mish points out, billions of dollars of European business are on the line. That money will be lost if the Europeans just roll over and accept US demands to wind down all business in Iran in the next three to six months.

Deals that will be scuttled if Europe complies with the US sanctions include:

Not that you should be crying in your beer over any of these corporate behemoths and their lost billions, of course, but the idea that European politicians would simply allow the US to walk away from a deal that the Iranians were in full compliance with and demand all the other parties do likewise is sheer insanity. Needless to say, this isn’t about doing what is economically rational. It is about the US using its clout as the unquestioned unitary world superpower to force its “allies” to do its bidding.

And lest there be any confusion on the matter, let’s be clear: These are not idle threats. When French banking group BNP Paribas SA dared to circumvent US sanctions on Iran, Cuba and Sudan between 2004 and 2012, a US judge forced them to forfeit a staggering $8.83 billion in profit and fined them a further $140 million to boot. This was a US judge, mind you, in US court upholding US sanctions, and ruling against a French bank. But when you are the self-appointed policeman of the world you get to throw anyone you want in jail. After all, who’s going to stop you?

Bear in mind, this isn’t some conspiratorial 3D chessboard political game going on. It’s right there on the table. The US is telling Europe to jump and it’s daring the Europeans to say anything other than “Sir, yes, sir!” This arrogance is so over the top, in fact, that France’s ambassador to the UN has coined a whole new word to describe it: “unisolationism.” It’s a portmanteau of unilateralism and isolationism, and no one (least of all the Trump administration) would deny that it describes Washington’s geopolitical philosophy.

And so it boils down to this: The EU and its leading nations have some soul searching to do. Are they going to roll over and do what they’re told, like Uncle Sam’s dependable lapdog, or are they going to defy their erstwhile master and refuse to comply with a new round of Iranian sanctions?

If this soul-searching at the heart of Europe sounds vaguely familiar to you, that’s because it’s nothing new. And this isn’t just about Iran; it’s about the shape of global geopolitics.

I wrote about this struggle last year in an editorial titled “US Battles Russia for Heart of the EU.” Don’t forget, it was less than a year ago that a similar sanctions scenario (this time involving Russia) likewise placed a fork-in-the-road in front of Europe: Go along with American sanctions at the expense of Europe’s own business interests, or defy Uncle Sam and begin constructing a Eurasian alternative to the Pax Americana that has dominated the globe since the Second World War. 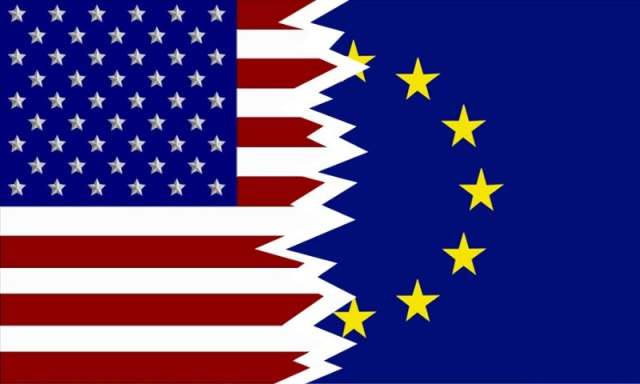 It may be said that no such radical realignment of Europe took place last year, but these types of world-historical changes generally do not take place all at once. They happen little by little over a period of years until the change can no longer be denied. So, is there any indication that Europe is inching out from under the American umbrella? Why, yes. Actually there are.

German Chancellor Angela Merkel has announced that “It’s no longer the case that the United States will simply just protect us. Rather, Europe needs to take its fate into its own hands, that’s the task of the future.”

EU President Jean-Claude Juncker has come out hard against the US withdrawal from the JCPOA, stating that Washington “no longer wants to cooperate with other parts in the world” and, as a result, “has lost vigor [as an international actor], and because of it, in the long term, influence.”

And in a more concrete sense, the EUrocrats are reportedly rushing “to pull together legislation aimed at defending European companies from Washington’s new crackdown on Iran.”

Now the punditsphere is openly musing on the questions of whether or not Europe has rebelled and what kind of relationship will be possible between Brussels and Washington going forward.

It’s a good question, and an important one. As I’ve pointed out many times before, we are being prepared for a transition away from the unipolar American-dominated world into a multi-polar BRICS-led “alternative” global system. As I’ve also pointed out many times before, this “alternative” is a false one, and those interested in human freedom should not be swept up in choosing sides in this false dialectic. 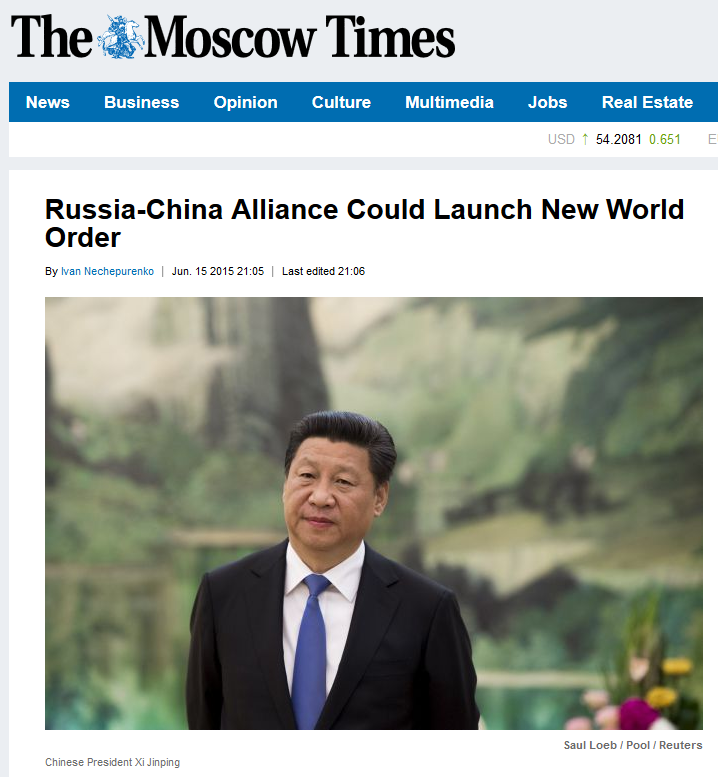 But make no mistake: a change is occurring, and with every passing year it is becoming more and more obvious that Europe’s long-term economic interests revolve around forging new, deeper ties with its Eurasian neighbors. Whether or not the EU ultimately goes along with America’s Iranian sanctions will be a bellwether of how quickly that change is taking place.

Despite Attempts to Shut It Down, Pizzagate Is a Worldwide Citizen Investigation Now

The mainstream media is in damage control mode over this, now claiming that Pizzagate stories are “fake news” to try and further shut it down. Unfortunately for the cockroaches, this story is not going away and is only getting bigger and gaining more independent investigators around the world… it’s global now. While the NY Times Read More…

Finally an Honest Politician: Congressman Explains How a Lobbyist Tried to Buy Him

“It was one of the scummiest meetings I’ve ever been in,” said Rep. Thomas Massie of a proposal from a lobbyist to help place him in the powerful, influential House Ways and Means Committee, which oversees tax policy, among other things. “He pulled me and my chief of staff into a meeting,” Massie told the Cincinnati Read More…