It may be shocking for many to learn that hunger as the world knows it today is not caused by scarcity, but rather by poverty and inequality. That in itself should startle any moral human being, yet the statistics surrounding this topic are quite a bit more alarming.

The United Nations Food and Agriculture Organization estimates that about 805 million people of the 7.3 billion people in the world, or one in nine, were suffering from chronic undernourishment between 2012 and 2014. Yet, for the past two decades, the rate of global food production has increased faster than the rate of global population growth. The world already produces more than 1 ½ times enough food to feed everyone on the planet. That’s enough to feed 10 billion people; the population peak expected by 2050. Currently one-third of the food produced worldwide ends up in the trash every year for a variety of reasons. The United States is by far the worst, with about 60 tons of food wasted annually. This means that world hunger could literally be solved by utilizing the 33% of the world’s food that is wasted. The amount of wasted food is almost as outrageous as the reasoning behind its waste. 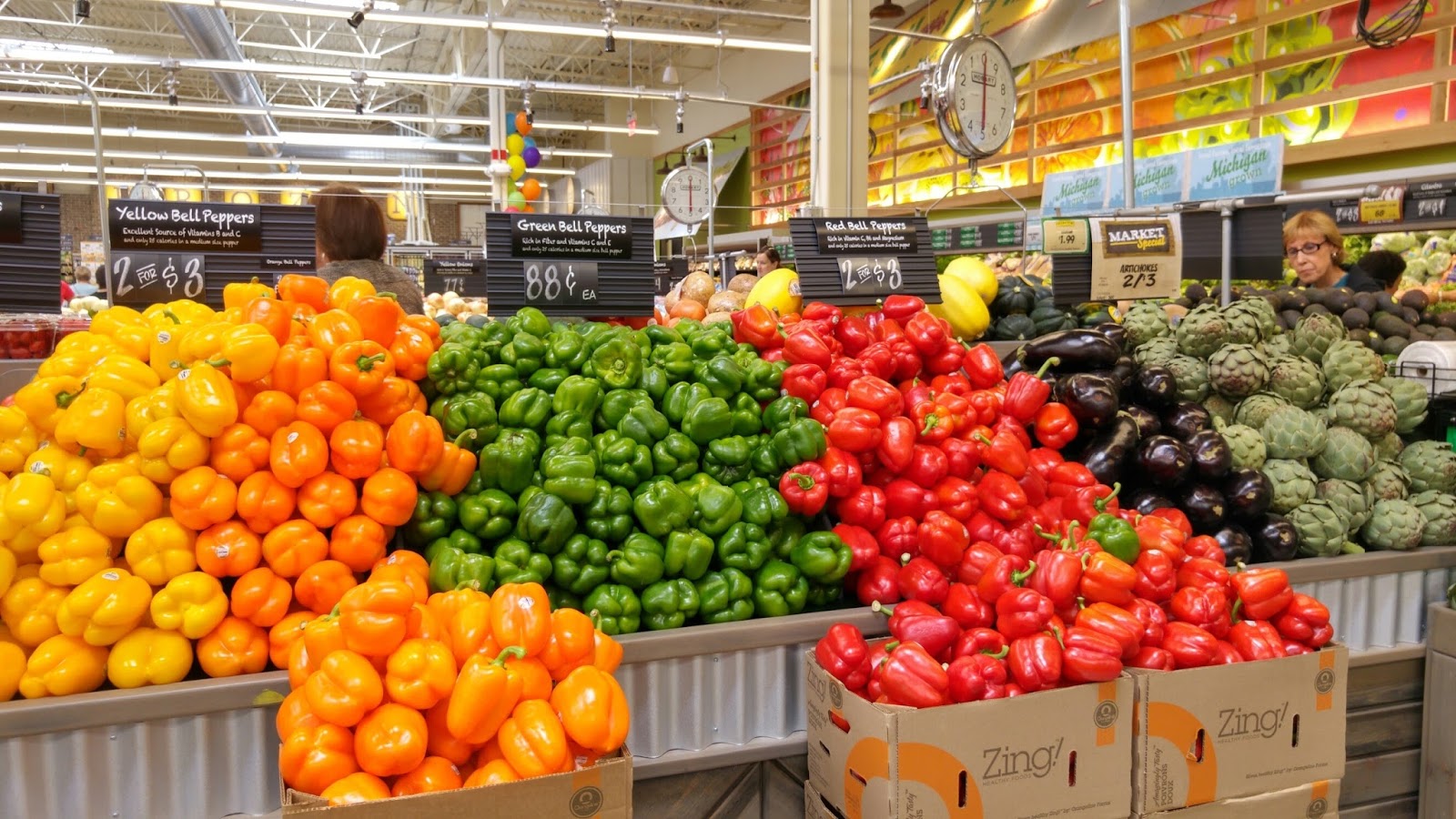 Grocery stores routinely over stock their shelves to give the appearance of abundance, which then mostly ends up in the landfill when it’s not sold; much of which is still completely useable. The usual reasoning behind the waste of these products is superficial. An item that is misshapen or off colored will be tossed upon delivery. These items are trashed whether or not they would be perfectly edible, for the simple fact that the consumer wants to see a perfectly shaped fruit because that is what they have been conditioned to buy. If a fruit or vegetable does not meet strict aesthetic standards, most farmers will not even attempt to sell it. The product will be tossed aside because the markets will simply not pay for it.

Most purveyors will opt to throw out what they consider to be unusable product instead of donating to those in need, because they are operating under the false impression that they will be held liable if one is to become ill after eating a portion of the donated food. This is incorrect, and a common misconception; the Emerson Act of 1996 states that if one donates food in good faith they cannot be sued. According to theUSDA, in 2013 nearly 50 million Americans lived in food-insecure households that could have greatly benefited from even a fraction of this food. 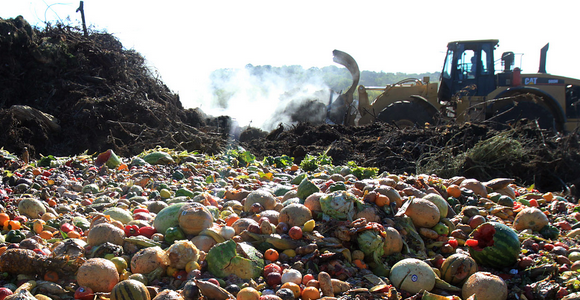 In an inhumane display of greed and insensitivity, some companies were going as far as to pour bleach over the thrown away food in order to stop the homeless from nourishing themselves on the perfectly edible food sitting in the garbage can. Recognizing the problem at hand, France passed new legislation which aims to prevent such unnecessary food waste. France’s National Assembly unanimously passed a measure requiring all supermarkets 400 square feet or larger to donate unsold food to charity, for animal feed, or for farming compost.

“It’s scandalous to see bleach being poured into supermarket dustbins along with edible foods,” said the Socialist deputy Guillaume Garot, a former food minister who proposed the bill.

Those who choose not to abide by the new regulations as of July of 2016 will face fines of up to $75,000 or two years in jail. France has continually been implementing progressive, sustainable changes that will better the environment and ensure a healthier future for its citizens. France recently passed a decree mandating that all new roofs in the country either install solar panels or be covered with oxygen-producing plants. This latest measure is part of a larger bill on energy and the environment that aims to cut France’s food waste in half by 2025. 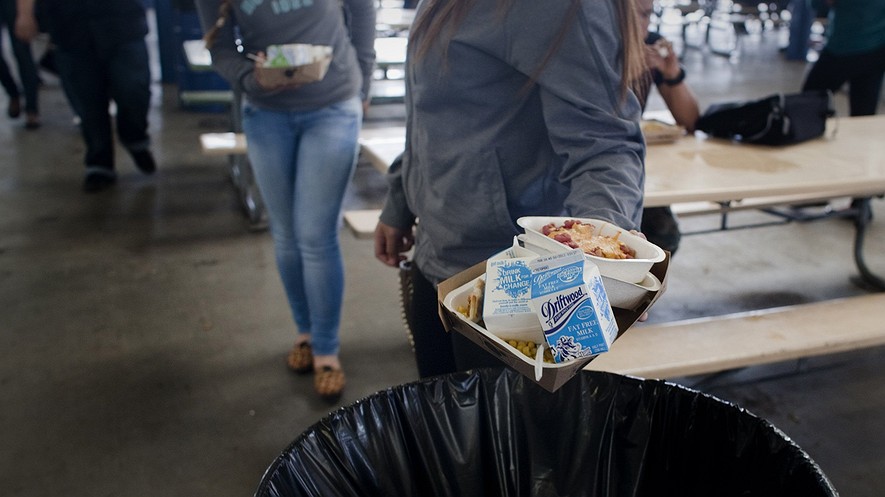 Currently Americans waste almost 40% of their food; that’s 165 billion dollars worth every year; about 20 pounds per person every month. This wasted, yet perfectly edible food could fill 730 football stadiums. The percentage of waste has increased by around 50% since 1974. In a time when California is struggling with its own resources, throwing away usable product is a negligent waste of the state’s labor and natural resources that went into its production, such as water. This gravely needed sustenance then rots in landfills producing methane, which is a greenhouse gas that is more than 20 times as potent as CO2, which then serves to create another issue.

This barely scratches the surface of the root problem, but the first step is making the public aware that world hunger is a problem that we are currently capable of solving, today. Not by genetically altering the food supply and adding problems for future generations, but by allowing profit to take a back seat to the betterment of humanity. Millions should not have to die so markets can appear abundant, and the privileged can have a perfectly shaped red apple. France took a large step in the right direction to ending this unnecessary problem, and one can only hope that the United States has enough concern left for its people to follow suit.

Iran and China Deepen Military Ties, Sending Strong Message To The US

Chinese Defense Minister Chang Wanquan recently met with the deputy chief of staff of the Armed Forces of the Islamic Republic of Iran, Brigadier General Ghadir Nezamipour, in Beijing on December 12. According to the Diplomat, Chang and Nezamipour vowed to strengthen military cooperation between the two countries and maintain friendly military exchanges. “Under the new circumstances, Read More…

Is This The Century of Secession?

Here is the political question of our time: Will it be one future for all, or many futures side by side? Read on. —Any movement toward secession is a good thing, no matter how ill-conceived. It puts a different idea in minds: defect, decentralize, opt out, strive to become more self-sufficient. This idea can spawn Read More…

Your Definitive Answer to Cannabis Use During Pregnancy

A recent study was released on the relationship betwee cannabis use and pregnancy, drawing a data pool from the UK, Ireland, and New Zealand. Unfortunately, for those hoping to gain a deeper, unbiased insight into this plant’s historical use as a pregnancy-symptom treatment, this “scientific” study is the wrong place. The researchers conducting the study went Read More…