“When a man is denied the right to live the life he believes in, he has no choice but to become an outlaw.” – Nelson Madela

Meet Joe Cannabis (Joe’s name has been changed at his request).

Joe is your average American citizen. He smokes marijuana for fun every so often but has slowed down after the birth of his second child, primarily for financial reasons. Like most Americans today, Joe feels that marijuana is grossly misrepresented by our government and feels that it is no different from tobacco 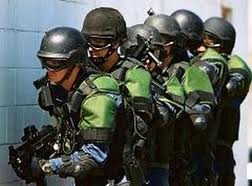 or alcohol. However, he lives in a country where it is unfortunately still illegal, so he keeps his feelings to himself. Not so long ago, legislation was passed that made it possible for regulated dispensaries to legally operate within his home state. Having a pro marijuana mentality and a strong belief in the medical uses of cannabis, Joe decided to open a dispensary and get in on the ground floor; assuring that his growing family would have a secure financial future. Assuming that his state would not lead him astray, he invested all his saving into this pioneering venture. Being on the forefront of this Marijuana Movement, Joe was unfortunately one of the many who felt the unjust wrath of the Federal Government, who decided that they no longer agreed with the Tenth Amendment to the Constitution of the United States:

“The powers not delegated to the United States by the Constitution, nor prohibited by it to the States, are reserved to the States respectively, or to the people.”

Joe lost all that he had earned, along with his original investment, after a Federal raid confiscated every 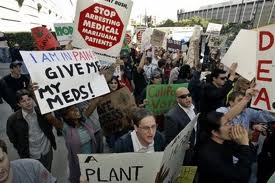 proverbial ounce in his possession. He was not a criminal. Nor was he a drug dealer. Nor did he break any law according to the Constitution. Joe was just a man trying to make a living in a country where money is not only of the utmost importance, but unfortunately the primary life goal. He saw a legal venture into a growing industry and made his leap of faith for the quintessential American life of luxury. He was providing medicine to legitimate patients in need, yet his American dream was shattered by the very structure he was told would protect him.

Never before in the United States has a good old-fashioned capitalistic entrepreneurial spirit been met with so many different forms of derision and legal restriction. Many of these dispensaries are run by average Americans like Joe, simply taking advantage of a rising industry. Yet they are faced with legal reprisal and met with an almost hostile resistance from those average citizens who continue to be deceived by the mass misinformation released by the federal government. Many prominent government officials, with their hands currently in Big Pharma’s back pocket, stand to lose money to this rising miracle plant (along with all the billion dollar industries that it stands to replace) and they will not go down without a fight. These normal business owners fight everyday to maintain a stable infrastructure. These law-abiding citizens are bullied by their own government using fear tactics to run off those with weak constitutions.

Today there are 23 states in addition to Washington D.C. that have legalized medical marijuana. There are currently 13 states with pending marijuana legislation. It has become overwhelming clear that the American people feel that cannabis should be legalized, or at the very least, regulated in a way similar to tobacco or alcohol. Joe Cannabis was an inadvertent pioneer of the time who stood up to oppression, not knowing his actions would literally stir a sleeping giant.

Today Joe is lending help where he can, to aid the Marijuana Movement and all it represents. Joe found out that day that there is much more at stake in this fight than just the right to smoke, grow or medicate. This movement transcends the day-to-day necessities of the average American and crosses over into the constitutional rights that many Americans thought they were giving their lives to protect. Yet, sadly we are seeing first hand that those rights, the very rights for which we are told the world holds us in contempt, are no longer guiding the actions of the leaders who so clearly no longer represent the American people.

Exploring Free Market Anti-Capitalism: The Unknown Bridge Between The Left And Right

To most people, the left and right of the political spectrum are polar opposites, which cannot be linked together due to ideological beliefs that are incompatible. On the surface, this seems to be the case, as political divisions are divergent as ever, especially in the United States. However, unbeknownst to many, including myself until just Read More…

Trump Administration officials, including Attorney General Jeff Sessions, are suggesting that President Trump’s campaign promise to start refilling the detention center at Guantanamo Bay could begin soon, with Sessions praising it as a “very fine place” for detainees and insisting that there is no legal reason not to start sending new detainees there. Guantanamo Bay became synonymous with Read More…

Welcome to The Daily Wrap Up, a concise show dedicated to bringing you the most relevant independent news, as we see it, from the last 24 hours (2/11/19). As always, take the information discussed in the video below and research it for yourself, and come to your own conclusions. Anyone telling you what the truth Read More…