“We live in a stage of politics, where legislators seem to regard the passage of laws as much more important than the result of their enforcement.” –  William Howard Taft

Marijuana. The word at one point was spoken is hushed voices with ashamed faces; the country convinced of its evil properties and dangerous effects. Even those in the know, taught to see the evil plant as enemy number one. Yet today, with the connectivity of the internet, we see accounts of healing in real-time, children regaining their lives from seizer consumed illness, and the looming cloud of cancer that this country is battling finally being held at bay. Unfortunately, the Federal Government stands stagnate in a rising swamp of Big Pharma bureaucracy. The vast 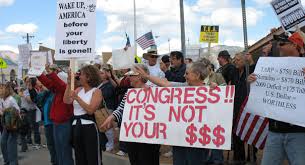 majority of Americans are no longer blind to the loss of this country’s True North. No longer blind to the overwhelming political focus that is placed on profit at the expense of the people’s future well-being. The most recent Gallop poll shows an all time high of 65 percent of Americans that are dissatisfied with the current political system. Americans are unhappy with the way the country is being run, which seems altogether contradictory in light of the fact that this country was founded as a republic; meaning run by the people’s elected officials, and through them, the majority will.

Not long ago, the idea that a person would be told they could not use a plant to heal their children, or simply smoke their pipe in the back yard, would be laughable and quite literally un-American. Yet this country finds itself almost unrecognizable to the young, perhaps naive, republic that was once set in motion. Some would say that this is inevitable, maybe even necessary. Yet the truth remains that those with the power to enact change, do not seem to care enough to do so. It is no secret on the world stage that politics in this country have become a game in which those playing are more concerned with winning than with the actual outcome. It is always the same routine: the 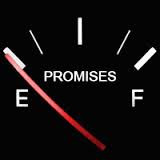 politician makes promises to do this, or change that, and once elected, spends the entire term making the same mistakes as his predecessors. Almost as if each to fill the presidential shoes is merely a slave to a larger plan of action that does not include the needs of the American people.

Yet writing these truths does nothing to change the status quo when the majority is already aware and has expressed its unhappiness. Platforms such as this are useful when the need is to muster attention to a rising problem, but where does one turn when the public is already aware? The government knows of the general unrest with its political direction and continues on that path none the less. So where are the American people to turn for change when those with the responsibility to the people’s needs do nothing?

The topic of cannabis and its medicinal and industrial benefits has already become a world-wide political debate. The Last American Vagabond would venture to say that the efficacy of medicinal cannabis is an obvious truth. The average person is acutely aware that governmental bureaucracy and profit based logic are the only reasons that cannabis is not a part of everyday life (as it once was, fuel, textiles, medicine etc.). Examples of that political hinderance can be seen everyday.

A man in Australia was recently arrested for using CBD oil in an attempt to cure his daughter of cancer rather than subject the two-year old to the overwhelmingly inept option of chemotherapy and its plentiful barrage of painful side effects. Most do not know that chemo has a success rate of just under 3%, leaving an astounding 97% with no cure and much more pain and suffering. With the use of CBD the family saw immediate improvements and

suddenly recovery seemed possible, until the father was arrested and oil treatment abruptly stopped. the father’s bail conditions prohibit him from having direct or indirect contact with his own child. She is now in intensive care having lost all the positive ground gained by the CBD. This child suffers for a selfish and politically motivated agenda.

A young girl in Alabama suffers from debilitatingly severe grand mal seizures that could take her life at any moment. Young Carly Chandler’s ailment was the grounds on which the state of Alabama began its first medicinal marijuana law. “Carly’s Law” funded the University of Alabama at Birmingham to study the marijuana derivative cannabidiol, or CBD oil, to treat severe seizures. Gov. Robert Bentley signed the legislation into law nine months ago, but the university had to await federal approval to begin the study. The family continues to wait for what the Federal Government has shown they will not provide. She is left to wither away with the cure dangling within the family’s grasp.

“We worry every day that she could die from what is called SUDEP, sudden unexplained death in epilepsy, the brain literally stops and shuts everything down.”her mother, Amy Chandler told reporters

The family struggled with the choice to use CBD, despite the Federal delay, after a CNN special that featured a Colorado girl who saw a reduction in her severe seizures, and regained her ability to talk, after taking CBD oil.

“We thought, “Why can they have it and we can’t? Because they live in a different zip code?” Amy Chandler said.

As Nelson Mandela once said, “When a man is denied the right to live the life he believes in, he has no choice but to become an outlaw.” Even to the average family, the amount of hypocrisy revolving around this issue is becoming, not only apparent, but personal. How long will these family’s suffer while the government pretends to have no means to help? Here is the patent that the Federal Government currently holds on the medical value of CBD, yet they stand by as children die, pretending cannabis cannot help. How long will the desires of pharmaceutical companies be met while innocent fathers are prosecuted for loving their children? How long can the American people be ignored while standing united on a singular issue? Knowing the current marijuana laws are unconstitutional is not enough. Knowing that the American government values prison populations and Big Pharma profits over the health of your child is not enough. The people must rise to the challenge and see that change is begun. The nationwide state-by-state rebellion of these laws must be matched with action in the thoroughfare. Actions that challenge the status quo and awaken the patriotic outlaw in us all.

When it comes to our health, taking one person’s word as doctrine might not be the best idea, whether they are a doctor or not. What one person truly believes to be the best course of action in treating an illness may be the last thing someone else recommends, depending on a complex range of factors, Read More…

Joining me today is Brian from High Impact Flix, a channel that was removed with an unjustified act of censorship, and the loss of over 500,000 subscribers. His new channel is now called High Impact Vlogs, and is about to be censored yet again, with over 100,000 subscribers, as it currently lingers on the edge Read More…

The mainstream U.S. media is congratulating itself on its courageous defiance of President Trump and its hard-hitting condemnations of Russia, but the press seems to have forgotten that its proper role within the U.S. democratic structure is not to slant stories one way or another but to provide objective information for the American people. By Read More…