Once again the internet is flush with a new batch of cannabis naysayers choosing to report a skewed version of a new study. The findings are interesting and have both good and bad results. As always, The Last American Vagabond is here to report the truth, whatever that may be; sprinkled with opinion and perspective, but the facts remain the facts. The information always included in full so each reader can form an educated opinion as opposed to regurgitating half-truths. That is the defining difference between a journalist and a sensationalist.

A recent study, which compared 48 users with 62 “control” subjects who never smoked, found that the 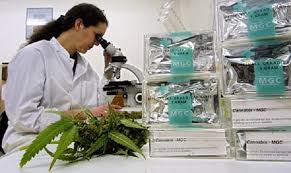 brain of a marijuana smoker had “higher functional and structural connectivity” but had a reduced amount of grey matter. The white matter compensates for the damage with the increased neuron connectivity. White matter is responsible for transmission of signals, thus affecting how the brain functions. In other words, regular cannabis use shrinks the brain but increases the complexity of its wiring improving brain function.

The greatest increase in connectivity occurred as an individual first began to use cannabis. After six to eight years of continually use the increases in structural wiring declined, but users continued to display higher connectivity than non-users overall. This could be perceived as an example of how cannabis improves brain function rather than harming it. Anything in excess can harm the body. However, it is becoming an increasingly popular belief as studies like this one rise in practice, that marijuana use in any form and in moderation, doesn’t harm the body, but rather benefits the user.

The study examined the effects of extended cannabis use by considering brain images as a first step on drug’s long-term impact, said Dr. Sina Aslan, co-leader of the research from the University of Texas, Dallas where studies were carried with three magnetic resonance imaging (MRI) techniques to check the brain.

To obtain such abnormalities on a detectable level (as participants demonstrated on average) one has to consume cannabis about three times per day, which is above average. The term ‘chronic user’ is applied to

usage of at least four times per week. There is a large disparity between what the government considers to be a ‘chronic user’ and the amount of use needed to cause these test results. The researchers who conducted the study speculate that the orbital frontal cortex’s greater level of “connectedness” which is especially pronounced in people who started smoking pot early in life, may be the brain’s way of offsetting the reduced grey matter. Grey matter contains most of the brain’s neuronal cell bodies. The grey matter includes regions of the brain involved in muscle control, and sensory perception such as seeing and hearing, memory, emotions, speech, decision-making, and self-control.

Even now, however, the authors of the study acknowledge that they cannot discern whether a pot smoker’s smaller orbital frontal cortex is the cause or the result of chronic marijuana use. A 2012 study found that subjects with a smaller orbital frontal cortex at age 12 were more likely to start using marijuana by age 16, suggesting that deficits in this crucial region may predispose one to substance-abuse behaviors.

This topic has always been one of passion and personal beliefs. As it becomes seen as more of a political pillar and matter of financial possibility, the public will see many more studies to come. Only time will reveal the reality of long-term effects as the stigma is removed and laws begin to change. Is the brain of a marijuana smoker smaller due to abuse of the substance? Or are certain people predisposed to be cannabis smokers due to a smaller orbital frontal cortex? One may never know. The real question that must be asked is: Should this be the debate of anyone other than the user themselves?

Death of the American Farmer

“The whole problem with the world is that fools and fanatics are always so certain of themselves, and wiser people so full of doubts.” – Bertrand Russell In a society so wrought with controversy, starvation and conflicting agendas, it becomes easy to take advantage of the people’s desperate need for a solution. Those claiming to Read More…

Welcome to The Daily Wrap Up, a concise show dedicated to bringing you the most relevant independent news, as we see it, from the last 24 hours (5/17/18). I get called a snowflake from the diehard conservatives, and accused of being a racist, fascist Trump-supporter by the leftists, while in actuality, I see the lunacy Read More…

There are times in our life when we need to put aside our daily personal struggles and turn our attention toward a greater issue. This is one of those times. Not since the Patriot Act of 2001 or the Canadian Bill C-15 of 2016 have we seen a proposal for the expansion of state powers that Read More…