** PROFITS UPDATE: Today’s letter focuses on the monumental shift in global growth and the inflationary pressures now felt on raw commodities: Gold is above $1,340, zinc trades at 10-year highs, palladium is soaring, and silver is taking big steps, but before you begin reading, I wanted to update on Stratis (STRAT), the under-the-radar cryptocurrency we alerted on in mid-December at $9.50. Not even a month has gone by, and we’re already up 120%! **

In 1976, Mao Zedong died. The Chinese people suffered through one of the worst rulers in modern history. 42 years later, China has utterly changed. It is unrecognizable.

The progress is uncanny – no other country in history, except for the U.S., has gone through such a miraculous transformation.

China is now overpassing the U.S. in terms of consumption, and it is becoming expensive relative to 47 cheaper labor countries – it will become the leading consumer of modern goods in less than 5 years.

China is going to start dictating terms soon – its power on the global scene is growing daily because of its vast consumption of raw materials and goods.

The relationship between China and the U.S. is co-dependent, as many multinational companies, based in the states, will now rely on Chinese middle-class as their primary customer – 5.5M American cars are sold in China every year, for example. 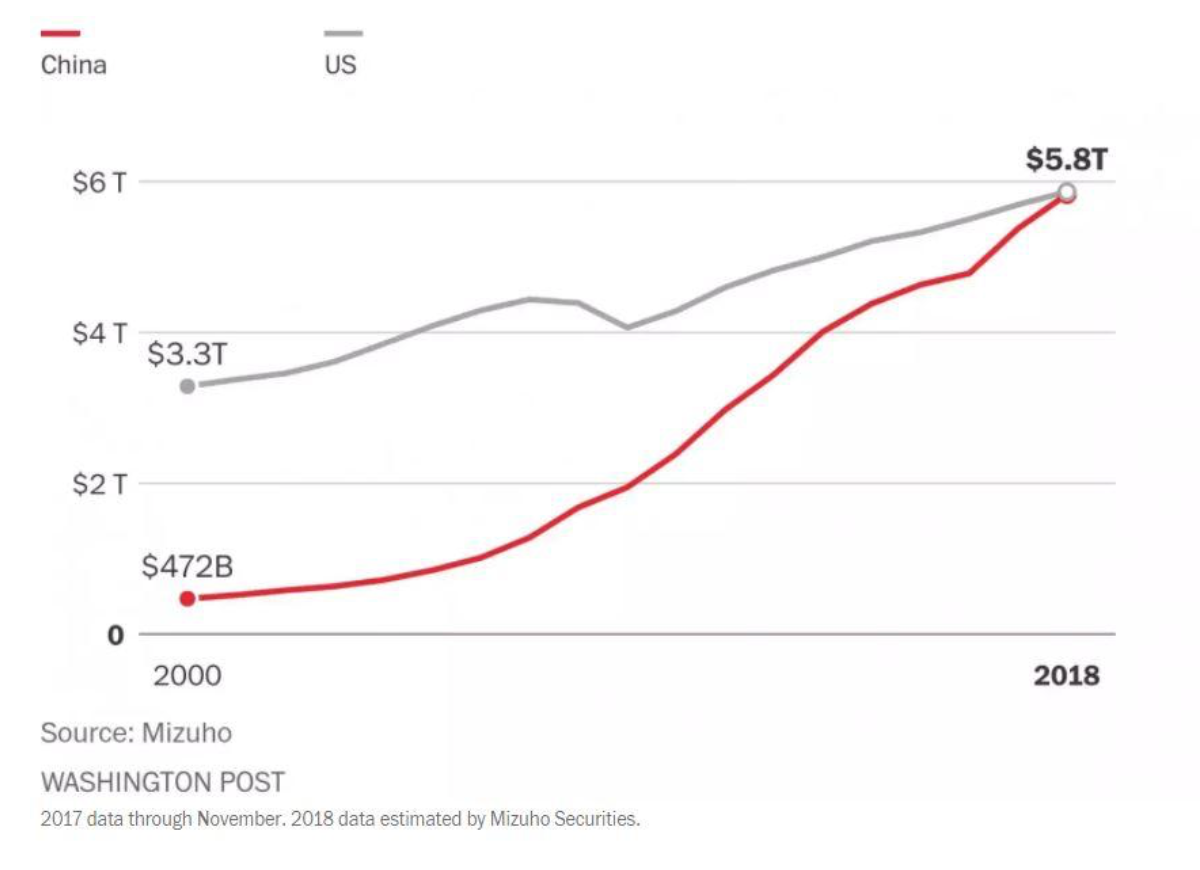 This is part of the reason President Trump was so passionate about tax cuts – they make the U.S. competitive in terms of manufacturing quality products that require a skilled labor force.

We’re entering Trump’s 2nd year in office, as interest rates are in a clear tightening period, with optimism at record-high levels, and with the economy, in general, growing.

The labor participation rate is absolutely horrifying, but there’s no doubt that, overall, industry is looking much healthier than at any time since the ’08 global meltdown.

As investors, our role is not to bend reality to our perspective, but to bend our opinions to meet the facts.

Although many, myself included, see permanent, systemic risks to the U.S., due to its mountain of debt, both federal and private, along with a diminishing role for the Dollar as a global reserve currency, tax cuts have made America competitive relative to Europe, and business will boom – the can has been kicked 10 years into the future, again.

Germany’s GDP is growing even faster than the U.S.’s – this means growth in Europe’s No.1 economy is also accelerating. I’ve been to Europe twice this winter – employment is looking better, overall.

But, as we all know, investors hate overheated economies and sell-off stocks whenever the inflationary expectations are higher than normal.

Undoubtedly, inflation is higher – the official numbers and the alternative versions both point to this, but a trip to the gas station is all you need to understand that energy costs are headed in one trajectory, as well as building costs – that direction is up.

This slows the economy down and creates layoffs, as companies see their bottom-line shrink, due to larger expenses on raw materials – the cycle of growth is maturing and reaching the pinnacle.

2018 will bring this unrealistic optimism back to earth. U.S. Stocks will not perform well, but commodities stocks will function as the best hedge for falling index prices, just like in 2016. When the markets steam higher again, though, commodities will tag along.

You see, this is how these boom cycles end and we’re at the finish line. 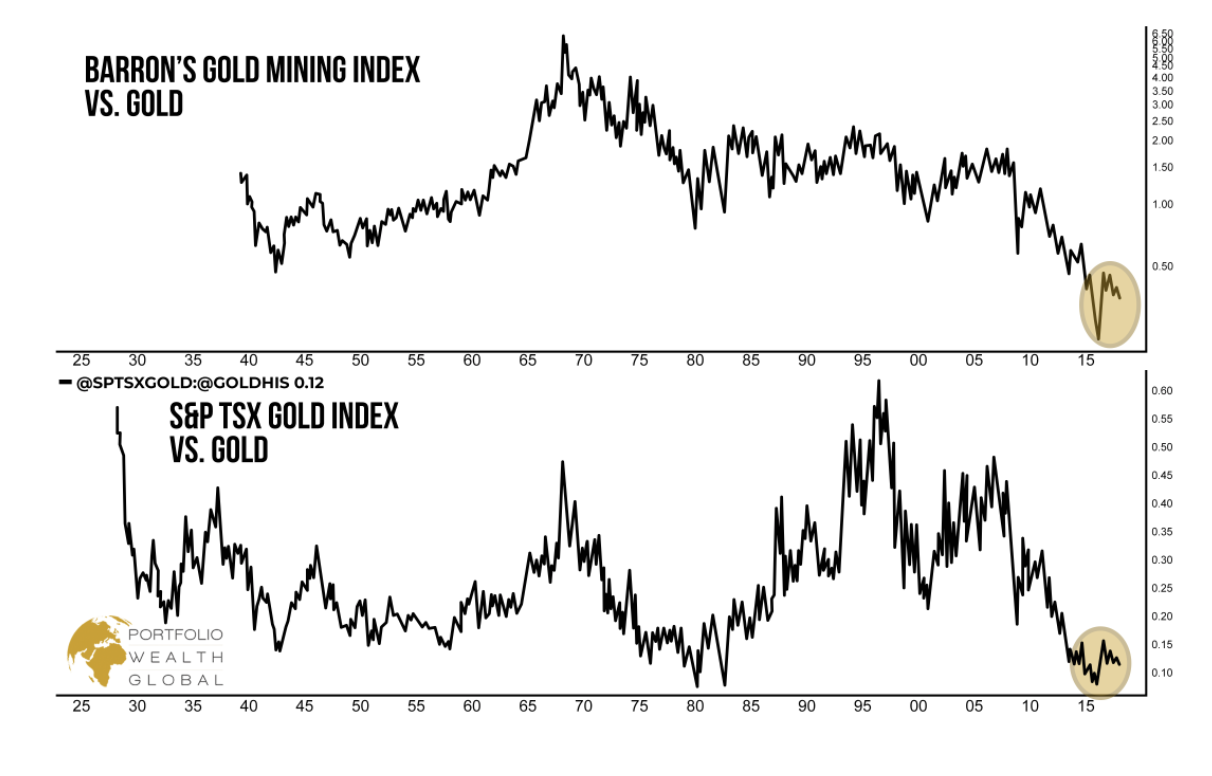 The only guests that weren’t invited to the wedding, thus far, have been junior miners, but the invitation has just been extended – good times are here.

Tom Beck
Mr. Beck, known as one of the first millennial millionaires in the United States, is a relentless idea machine. After retiring two years ago at age 33, he’s officially come out of retirement to head up Portfolio Wealth Global.
http://www.portfoliowealthglobal.com/

The slow-motion train wreck of “social credit” systems and the “gamification” of society has moved to the next stage. Now the Chinese government is going to start barring people from flying or riding trains if their social credit score is not up to snuff. China may be the test case for these ideas, but they’re Read More…

The code embedded in the server generated an instant “courtesy copy” for nearly all of her emails and forwarded them to a company in Virginia. A Chinese-owned firm with operations in Washington D.C. hacked Hillary Clinton’s private server “throughout her term as secretary of state and obtained nearly all her emails,” reports the Daily Caller‘s Richard Pollock. Read More…