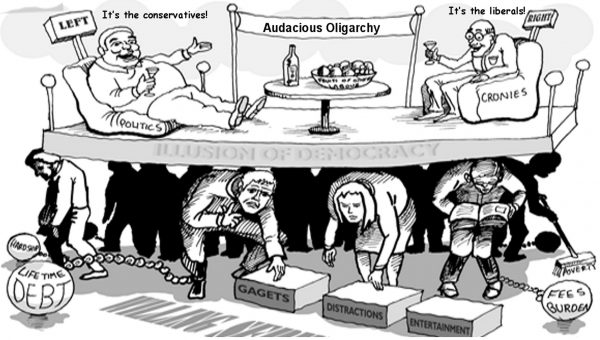 The U.S. government now represents the rich and powerful, not the average citizen.

New investigation from New York Times and Al Jazeera implicates Jordan, but omits key details. Weapons shipped to Jordan by the CIA and Saudi Arabia for use by Syrian rebels ended up on the black market, highlighting the dangers of the U.S. government’s decades-old program to arm and train foreign fighters, a new investigation published Read More…

Washington, D.C. – In what appears to be a move to bolster Hillary Clinton’s election campaign, the Democratic National Committee has reversed a ban on donations from federal lobbyists and political action committees introduced by presidential candidate Barack Obama in 2008. “It is a major step in the wrong direction,” longtime reform advocate Fred Wertheimer Read More…

Russiagate Is Like 9/11, Except It’s Made Of Pure Narrative

The last few days have been truly amazing. I didn’t even write an article yesterday; I’ve just been staring transfixed by my social media feeds watching liberal Americans completely lose their minds. I can’t look away. It’s like watching a slow motion train wreck, and everyone on the train is being really homophobic. I’ve been writing Read More…