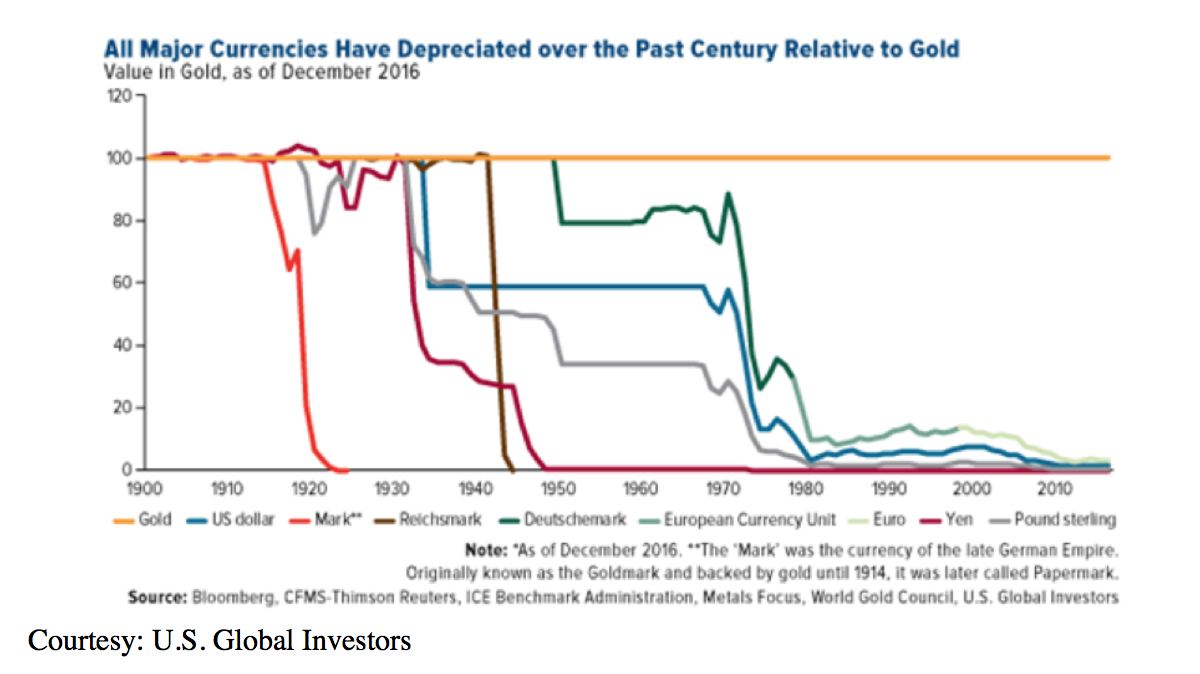 Rick, my research partner, and I are both hoarding precious metals in vault storage. We don’t expect to become wealthier by doing this, but as you can see from the chart above, it beats putting significant savings into cash.

In 2008, the world witnessed the worst financial crisis since the Great Depression of the 1930’s. The financial meltdown left a permanent scar with many who lost jobs, businesses, and homes, ushering a new uncertain era in the financial world.

The housing bubble and the credit crunch were the catalysts that set events in motion, triggering an international banking crisis with the collapse of Lehman Brothers in late 2008.

Due to the banks’ irresponsible and outright criminal use of clients’ funds, the 2008 crash was followed by a series of bailouts that simply postponed the inevitable global reset. Since politicians and bankers showed no remorse, the public became desperate for solutions from the private sector.

With many corporate banks on the verge of closing and the public’s savings yielding negative real income, the frustration level hit a peak.

Shortly after the closure of Lehman Brothers, the whitepaper for Bitcoin was posted by Satoshi Nakamoto to a cryptography mailing list, labeled “Bitcoin: A Peer To Peer Electronic Cash System.”

The timing of this is not a coincidence. Bitcoin was indeed launched as a solution for how we conduct payments.

A few months later, on January 3rd, 2009, the Bitcoin network was active with the first Bitcoin client released to the community. Satoshi Nakamoto mined the first block on the network, which is referred to as the “genesis” block. 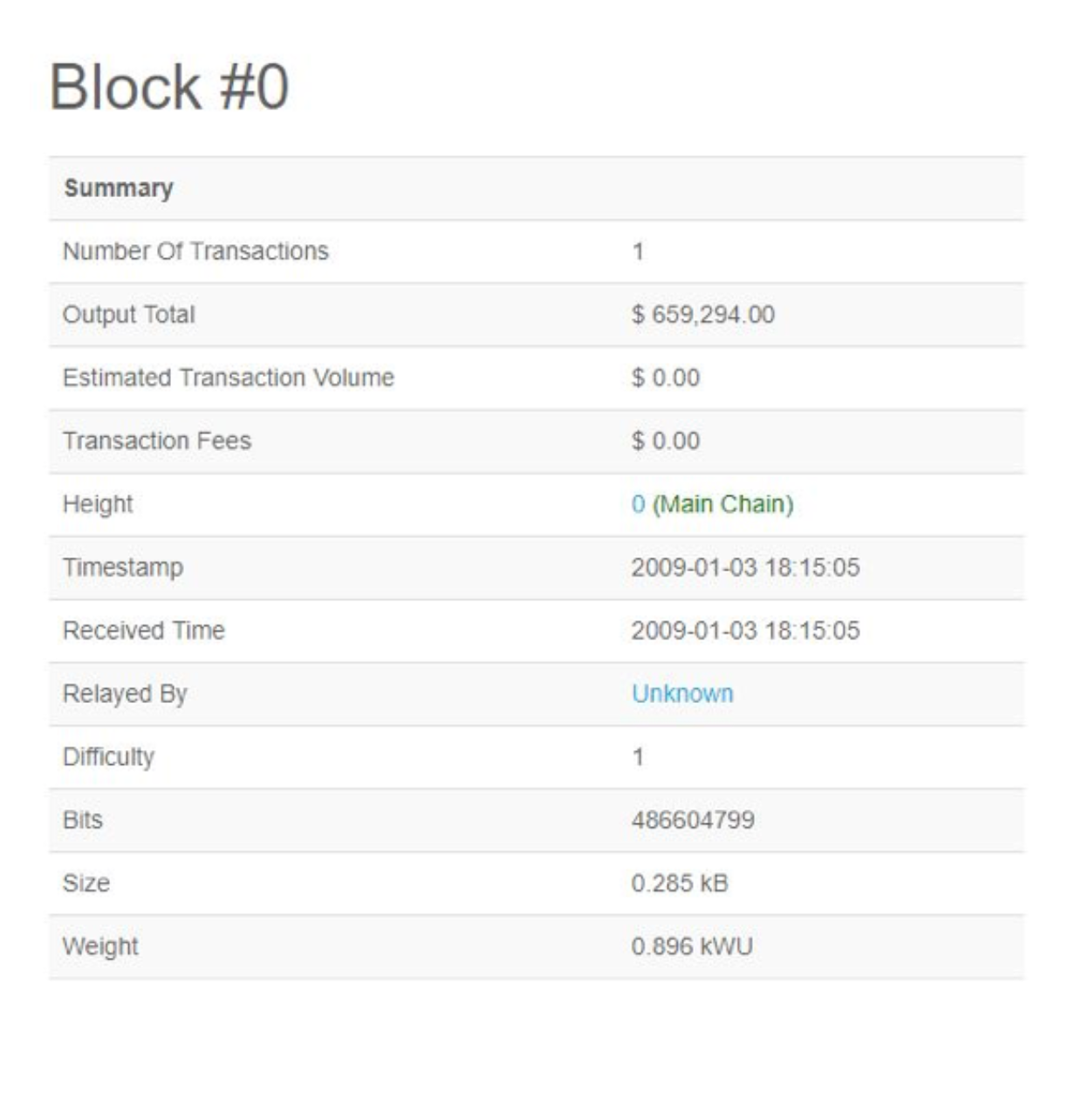 Satoshi added a message to the genesis block’s coinbase parameter, which was the headline of the British newspaper, “The Times,” on the day the first block was mined.

The message was: “The Times 03/Jan/2009 Chancellor on brink of second bailout for banks.”

This could be to prove the block was generated on January 3rd, 2009, or to highlight Bitcoin being the solution to the global financial problems.

One of the most compelling aspects of Bitcoin is the mystery of who created it. The only information the community has is someone (or some people) using the alias Satoshi Nakamoto, who is responsible for creating Bitcoin, mining the first block, and maintaining the network’s development in the very early days.

After a short length of time, Satoshi Nakamoto disappeared from the ongoing development of Bitcoin and has not made any known attempt to make contact, nor left any clues to his origin. This has resulted in the cryptocurrency community regularly speculating as to who the mysterious persona is. 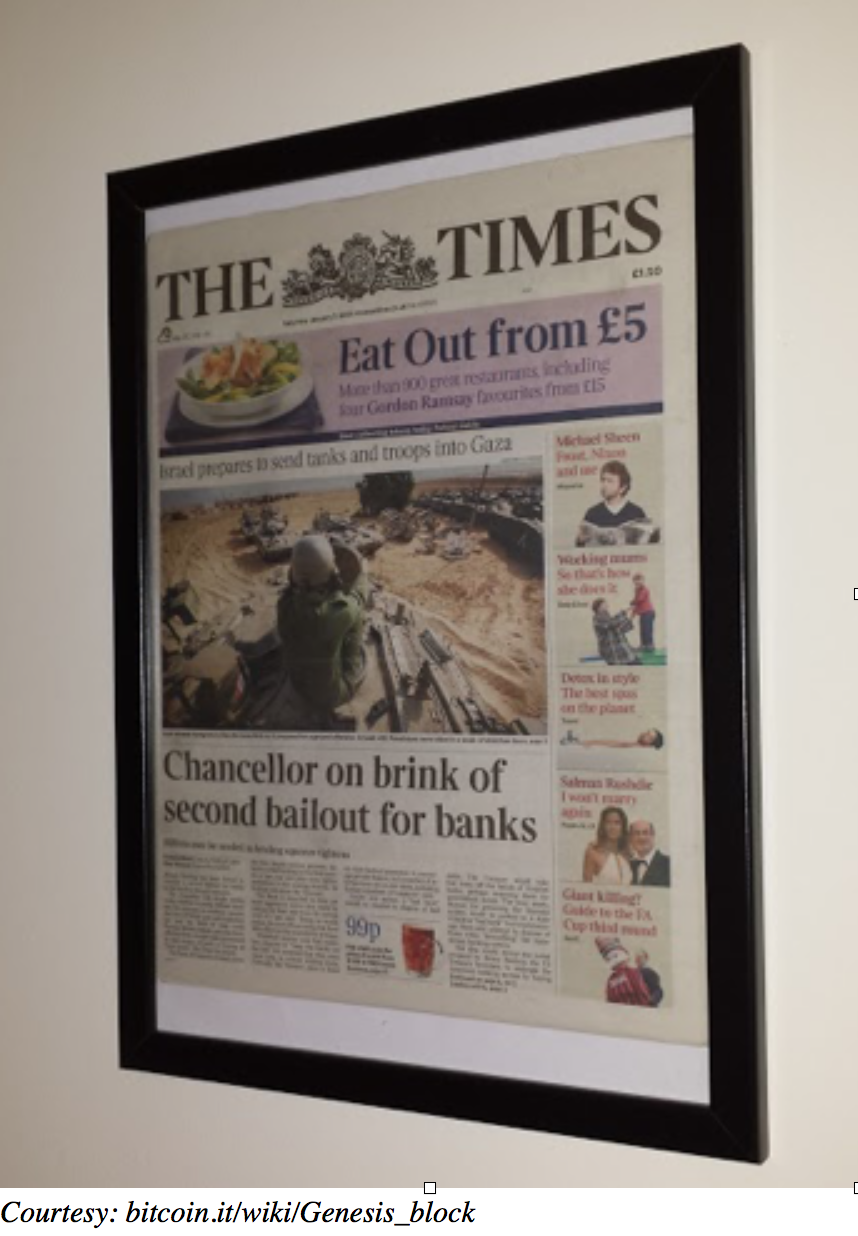 In 2009, mining Bitcoin had almost zero competition and it was a task that could be done on a CPU. Many miners from 2009 sit on a fortune of Bitcoin, including Satoshi Nakamoto.

Nakamoto owns around 1,000,000 Bitcoin from being one of the first miners. The wallet has never been accessed to this day!

The entire principle of Bitcoin was to build a trustless network that is immune to corruption and censorship. By effectively cutting out the intermediary in a transaction, Bitcoin renders the banks obsolete and can provide a level of security that the current systems cannot.

What makes Bitcoin and other cryptocurrencies so effective is that they have no central point of failure. Thousands of nodes maintain Bitcoin’s blockchain across the globe, so even if one node goes down, the network continues to run smoothly on others.

Our current financial system and the Internet itself are still based on a centralized network, meaning that if the central hub of the network is compromised, everything around it ceases to function. This is how Bitcoin has survived, despite multiple attacks on it.

This solution came at a time when the world was financially on the brink of ruin. For decades, institutional money has enjoyed first-mover advantage in investing and compounding wealth, usually long before the average investor has a chance to lock his position.

Cryptocurrencies are the road that goes in the opposite direction, enabling us to fully reclaim any lost purchasing power we incurred over the years.

Less than a decade ago, Bitcoin was trading at $0.06. Pure Blockchain Wealth sees 2018 as the year, where new projects will be launched, and a week later, the market will price them at a $1B, if they are worthy. Said differently, this sector is hot and we must be first to pull the trigger.

In Q1, 2018, we’ll release many important specific cryptocurrency investment opportunities – both Rick and I are traveling to numerous conferences as we speak.

Special Counsel Robert Mueller has charged former Trump national security adviser Michael Flynn with “willfully and knowingly” making “false, fictitious and fraudulent statements” to the FBI regarding conversations with Russia’s ambassador. Flynn, in turn, is expected to plead guilty in a DC court to making false statements to FBI agents in January 2017, according to Read More…

On a day that’s already witnessed significant developments along the Syrian-Israeli Golan border region after an overnight evacuation of hundreds of White Helmets members and their families by Israeli Defense Forces (IDF), Israeli jets have reportedly carried out a major airstrike on a Syrian government facility in northwest Syria in Hama province.  Syrian state SANA news has confirmed Read More…

“I don’t have a timetable. It could be this week, could be in the future, I just don’t know.” The DEA recently changed direction on their decision to add kratom to the schedule one controlled substance list alongside another inappropriately placed natural substance. Despite no more than anecdotal evidence to support the thin claim that Read More…