Angry at the civilian casualties incurred last month in the first commando raid authorized by President Trump, Yemen has withdrawn permission for the United States to run Special Operations ground missions against suspected terrorist groups in the country, according to American officials.
Grisly photographs of children apparently killed in the crossfire of a 50-minute firefight during the raid caused outrage in Yemen.

While the White House continues to insist that the attack was a “success” — a characterization it repeated on Tuesday — the suspension of commando operations is a setback for Mr. Trump, who has made it clear he plans to take a far more aggressive approach against Islamic militants.

Mr. Obama deferred the decision to Mr. Trump, who appeared inclined to grant it: His approval of the Jan. 29 raid came over a dinner four nights earlier with his top national security aides, rather than in the kind of rigorous review in the Situation Room that became fairly routine under President George W. Bush and Mr. Obama.

And the New York Times concluded with almost gleeful abandon that specialists in Yemeni culture and politics have cautioned that Al Qaeda would seize on the raid to whip up anti-American feelings and attract more followers (seemingly forgetful of the 100s killed by Obama’s drone program). 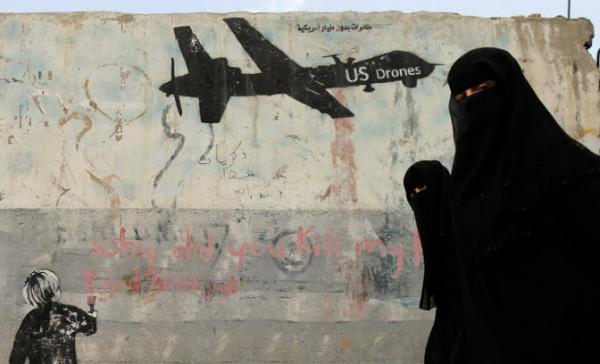 However… As The Washington Post reports today, The New York Times story is incorrect… Yemen’s top diplomat said the country has called for a “reassessment” of a Jan. 28 raid that left multiple civilians and a U.S. service member dead, but Yemen did not issue an outright ban on future American-led missions, a report said Wednesday.

The statement by Yemen’s foreign minister, Abdul-Malik al-Mekhlafi, according to the Associated Press, followed a report in the New York Times that Yemen had revoked permissions for the United States to continue ground counterterrorism operations in the country, a base for one of al-Qaeda’s most dangerous affiliates.
Mekhlafi told the AP that “Yemen continues to cooperate with the United States and continues to abide by all the agreements.”

He added, however, that the Yemeni government “is involved in talks with the U.S. administration on the latest raid.”

“It’s not true what’s being said,” said a senior Yemeni official in Aden, referring to the reports of a Yemeni ban on U.S. commando operations. The official spoke by phone from Aden where the internationally recognized government of Abed Rabbo Mansour Hadi is based.

“We and the international community are working side-by-side to fight terrorism,” he said

Furthermore, US CENTCOM has not stopped its operations…

“We have not been directed to stop any operations against al-Qaeda in the Arabian Peninsula,” US mil CENTCOM spox about end to Yemen raids

“We are aware of reports indicating the Yemeni government requested a suspension of U.S. ground operations,” said acting State Department spokesman Mark Toner in a statement. “We note that the Yemeni foreign minister has denied these reports.”

Welcome to The Daily Wrap Up, a concise show dedicated to bringing you the most relevant independent news, as we see it, from the last 24 hours (5/18/18). It is very important that we never jump to conclusions based on incomplete information, conjecture and guess work — as we see with the vast majority of Read More…

The 5 Most Amazing Documents From The JFK Files

OK, the dust has settled on the “release” of the JFK files last week, and here’s what we know so far: As expected, the release is not a full release by any stretch of the imagination, despite Trump’s tweets to the contrary. As I pointed out in the most recent edition of New World Next Week, if Trump had Read More…

Trump Official Praises Autocratic Rule: ‘Not a Single Hint of a Protester’ in Saudi Arabia

No ‘bad placards’ in nation where such political dissent is punishable by death Putting a fine point on the spin that President Donald Trump’s trip to the Middle East has been a glowing, peace-dealing success, Commerce Secretary Wilbur Ross praised the fact that there were no protesters in Saudi Arabia—a nation where political dissonance is punishable Read More…