The war on Syria is remarkable on many levels.  One of these levels is the success of Western propagandists to prevent the truth from attaining widespread acceptance.

The truth has always been available, but rarely accepted, even when admissions of culpability in the highest of crimes comes from credible Western sources. What could be more damning than these admissions? 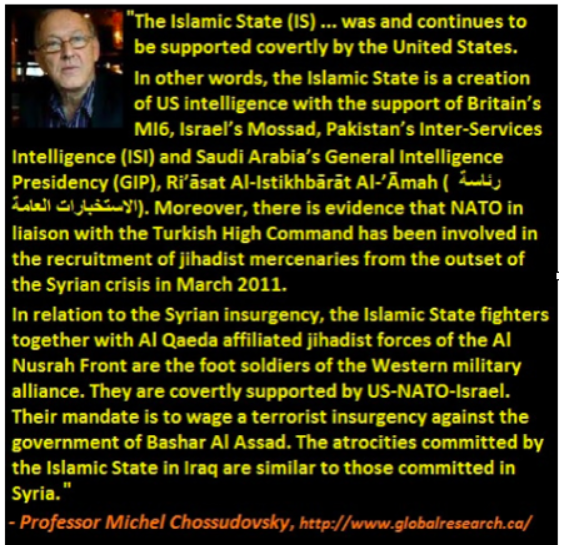 On-the-ground evidence of liberated areas continues to reveal the monstrous crimes of the West’s terrorist proxies, and it continues to demonstrate the on-going culpability of the West in the highest of international crimes. What could be more straightforward than this? (There’s even a note explaining that the “gifts” are from the USA.)

What the Syrian Army found in al-Hirak, Daraa: “Assistance to the Syrian people from the USA”

Did US give TOW-2A missiles to FSA so they could share them with
al-Nusra (al-Qaeda) to help them kill Syrians?https://t.co/WXjHBsdVsH #Syria
(video via @r_u_vid ) pic.twitter.com/NTnCaQOrrY

Perhaps what is missing is another truth.  Nobody except a tiny transnational oligarch class benefits from all of this death and misery.  And the benefits accrued to this parasitical class are all short-term besides.

All of the public monies that the Pentagon and the military industrial complexes of a host of nations (including Canada) are siphoning from the masses serves to impoverish all but the “elites”.

Much of North America is being increasingly “thirdworldized” (to borrow a term from Michael Parenti).  Prof. James Petras, for his part, explains that

“Billionaires in the arms industry and security/mercenary conglomerates receive over $700 billion dollars from the federal budget, while over 100 million US workers lack adequate health care and their children are warehoused in deteriorating schools.” 1

Maybe these obscured realities will help drive home the point that the West’s current trajectories of globalized war and poverty need to be terminated, NOW.

Mark Taliano is a Research Associate of the Centre for Research on Globalization (CRG) and the author of Voices from Syria, Global Research Publishers, 2017.

According to Ahmad Al Khaled, members of armed opposition groups are preparing to accuse Syrian and Russian military of using chemical weapons in Idlib to hamper an offensive carried out by the Syrian army. With this setup, the opposition intends to increase international pressure on the Syrian authorities and forestall the government’s offensive in the Read More…

Government lies are common when seducing a population to support a war, but the Russian “hacking” claims are unusual in that U.S. officials supply no evidence while the “fact” is just assumed, When the U.S. public was told that Spain had blown up the Maine, or Vietnam had returned fire, or Iraq had stockpiled weapons, or Libya Read More…

San Francisco, CA – An investigation into the brutal beating of man in San Francisco’s Mission District has been launched by the Alameda County Sheriff after video showing the savage assault by police went public. Pulling no punches, Public Defender Jeff Adachi said the encounter was “reminiscent of Rodney King,” and excessive force was clearly Read More…