A shocking viral video showing a team of police entering and then searching the hospital room of man with stage 4 pancreatic cancer is fueling outrage in Bolivar, Missouri, where the incident took place and is renewing nation-wide debate over medical marijuana.

Multiple police officers initiated an unconsented surprise search on terminally ill patient Nolan Sousley’s hospital room on March 6 after hospital staff claimed he was using unauthorized medical marijuana. “If we find marijuana we’ll give you a citation, we’re not taking you down to the county jail,” said one officer, caught on Sousley’s cell phone video searching through his belongings. Sousley said, referencing hospital staff, “they already told me I’m gonna get arrested.”

According to a local Fox affiliate Sousley had actually been “in the middle of a chemotherapy treatment at Citizens Memorial Hospital in Bolivar” before local officers raided the room, apparently with the cooperation of unnamed hospital staff.

Though it’s unclear exactly what the hospital thought was happening in the room, according to Newsweek, “The officer said that the department had received a call from someone who said they smelled weed coming from Sousley’s room.” Officers ultimately found no marijuana or any illegal substance during the search, but did reportedly find CBD Oil (Cannabidiol oil), which is legal.

“If we find marijuana we’ll give you a citation,” an officer threatened as another family member tried to plead with police, saying Sousley’s extreme pain means that doctors allow him a variety of medications. Sousley denied smoking marijuana or ingesting ground-up plants, but acknowledged he uses THC containing capsules for pain management.

The family was visibly upset at the spectacle of multiple police rifling through the sick man’s things. “It’s the only choice I got to live, man,” Sousley told the officers in the video. “We’re Americans. I was born here, it’s my right to live.”

Watch the shocking police search of a cancer patient’s hospital room below:

A stage 4 cancer patient’s hospital room is searched by police for marijuana. Nolan, the patient, told the hospital and doctors about using THC capsules in place of prescribed opioids. This is why we need to legalize cannabis now. pic.twitter.com/h1OZVtqqFx

Things got tense when officers demanded to search a bag that Sousley said was filled with his medications and end of life related personal items. He said didn’t want police to “dig through that,” according to the video. “It has my final-day things in there, and nobody’s gonna dig in it,” Sousley said. “It’s my stuff.”

“My final hour stuff is in that bag” — he pleaded, but officers still insisted, and then proceeded to search through it.

Ironically Missouri voters late last year voted to legalize medical marijuana, a law which has yet to take effect (until July 4, 2019). USA Today presents one of the more outrageous moments of the video where police actually acknowledge this, but shrug it off and say “then it’s still illegal”, below:

At one point in the video, Sousley references the legal status of medical cannabis in the state. Last November, Missouri voters overwhelmingly chose to create a medical cannabis system, but the state will not be taking any applications for cannabis patient ID cards until July 4.

“Okay, then it’s still illegal,” one of the officers replies.

“But I don’t have time to wait for that,” Sousley says “What would you do?”

The officer says he refuses to engage in “what if” games.

Halfway through the video a doctor enters the room — apparently unaware that other hospital staff had called 911 on suspicions of marijuana use — to try to assess the situation, and asks if the police have probable cause to search the patient’s things. “Do you have the right to search his stuff?” the doctor questions.

The police admit, “we haven’t found any marijuana yet so we’re not citing him.”

Following the incident, according to local reports, “Bolivar City Attorney Donald Brown said the city and the police chief are investigating the incident.” The police department involved is now receiving various threats over the now viral video: “But Bolivar police said the department is getting threats since the video has been shared nearly 7,000 times on Facebook.” 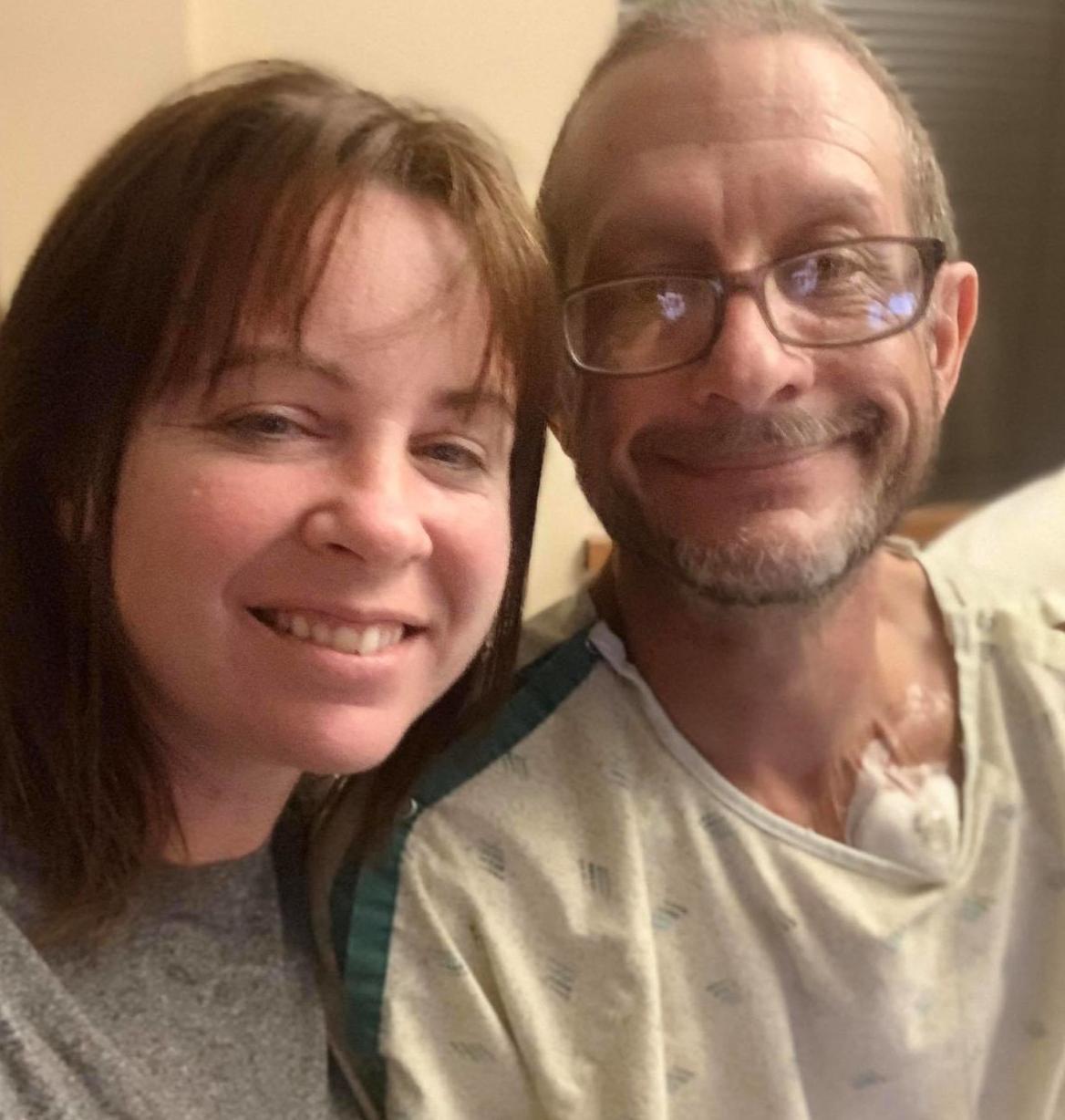 As for the hospital, a representative issued the following statement: “It is also our policy to call appropriate law enforcement any time hospital personnel see or reasonably suspect illegal drug use in patient rooms or otherwise on campus,” however, it’s as yet unclear exactly what hospital staff was alleging.

According to information provided by the family on Facebook, Sousley was informed he had pancreatic cancer starting in May of 2018, after he had been admitted to the hospital for jaundice and a blockage. Just before the March 6th incident, Sousley had been admitted after experiencing fevers, chills and sweats “to the point of drenching his bed,” according to family members.

But also ironic, and outrageous, is that it was the hospital itself that called 911 on Sousley on mere suspicion that he could have been using pain-controlling marijuana related substances.

One might also reasonably assume that the police had real criminals they could have been pursuing instead of launching a multiple officer invasive search of a cancer patient’s belongings.

At one point the doctor even tried to diffuse the situation by asking the police to vacate the room and perhaps conduct any search of bags in the hallway with the patient’s permission, to which they refused.

Near the end of the video the doctor can be heard telling Sousley after consulting with police to stop the “live” recording, or else “nobody’s going to help you out if you do this”.

Welcome to America in 2019, apparently.

Grand Cayman’s CTMH Doctors Hospital and Cayman Pharmacy Group has started dispensing cannabis oil to patients with a valid medical documentation. To meet expected demand, CTMH purchased nearly 13 liters of cannabis oil from Canadian-based CanniMed® Oils. Doctors at the hospital can now prescribe it to selected patients who reside in the Cayman Islands. The Read More…

Television News Illusion: “Reporter in the Field on Location”

Welcome to The Daily Wrap Up, a concise show dedicated to bringing you the most relevant independent news, as we see it, from the last 24 hours (5/24/18). The Trump administration has been eagerly hoping that North Korea would do something dramatic so they could hang the summit’s engineered failure around its neck. Yet when Read More…