Welcome to The Daily Wrap Up, a concise show dedicated to bringing you the most relevant independent news, as we see it, from the last 24 hours (5/28/18).

So today’s show will no doubt be disliked by many, simply for my speaking the truth, and largely censored by many others for the very same reason. However, in my eyes there is no better day to honor the sacrifice of so many by taking the quintessentially American action of speaking truth to power, and exposing the lies they were sold by the State.

Far too many have been conditioned from birth to blindly serve, and to see anything else as an affront to what this country represents. Yet this nation has not represented what it claims to for quite some time; which is why I do what I do, to awaken those lost in the lies, to the reality that their loyalties have been hijacked by those who care nothing for love we have for this country’s core values. Whether they were ever truly practiced by its founders or not, they have become real for us. This slowly materializing mountain of lies is also why there is such forceful efforts to make holidays like today about glorifying the State, and its war efforts, as opposed to those they tricked into carrying them out, despite that being the claim, and to make those of us saying anything less out to be deceivers, and manipulators; truly accusing us of that which they are guilty. This is classic propaganda, in the truest sense of the word. The saddest part is that so many have bought into this; and so much so that they do not even know their own history, and turn around and call those of us still embracing the true values of this country, as the enemy, treasonous even. A perfect example is a comment I received yesterday. And I only bring this up to make a point, on just how distorted reality is for these individuals: 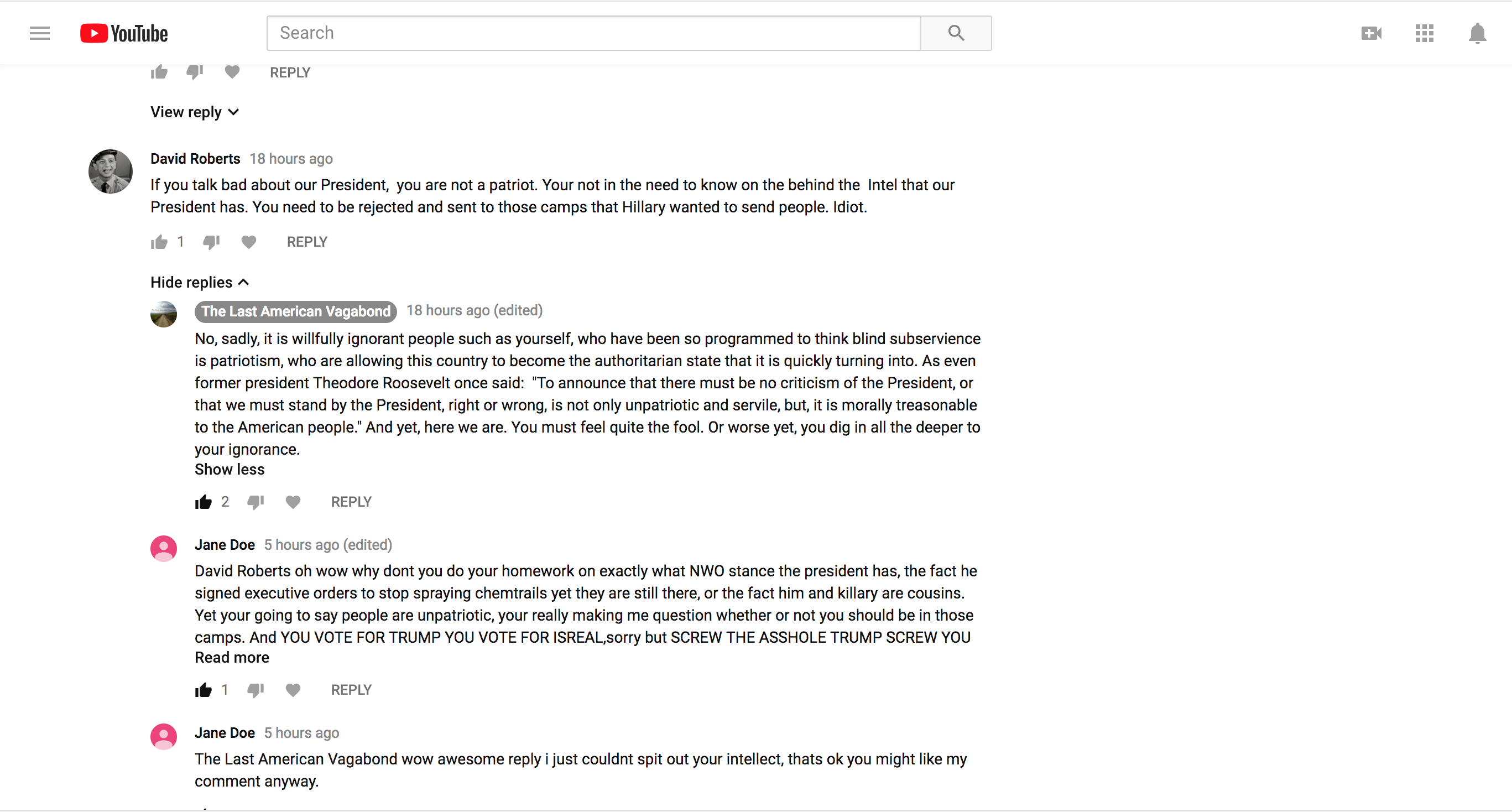 “To announce that there must be no criticism of the President, or that we must stand by the President, right or wrong, is not only unpatriotic and servile, but, it is morally treasonable to the American people.”

So today, all I ask of those of you out there currently recoiling in disgust for my willingness to speak ill of this country on such a day, is first understand that I am not speaking ill of this country, that is the deception. I love this country. I am speaking ill of those who have deceived the masses, and use their love of the nation, to carry out wars of aggression in their name. Second, to take a step back and simply look at what such blind subservience to those in power — who arrogantly lie to maintain it — has done, both in this country and to those around the world who dared to think for themselves.

Especially on a day like today, we owe it to ourselves, and to those who gave their lives for a cause that they likely realized in the process of pursuing was not what they were told it was, to speak the truth and not blindly acquiesce to the jingoistic pressure of the brainwashed masses. It is not hard to do just a little research and see just how many veterans tell quite a different story about what we should be proud of, and what we are really doing overseas. It is also not difficult to see just how hard the establishment works to keep their message suppressed and keep them drugged up and in the shadows.

As Ray McGovern said in an article today for Consortium News:

“Memorial Day should be a time of sober reflection on war’s horrible costs, not a moment to glorify war. But many politicians and pundits can’t resist the opportunity.”

And as James Madison, our fourth president and an author of our Constitution, wrote:

“Of all the enemies to public liberty, war is, perhaps, the most to be dreaded, because it comprises and develops the germ of every other. War is the parent of armies; from these proceed debts and taxes; and armies, and debts, and taxes are the known instruments for bringing the many under the domination of the few. In war, too, the discretionary power of the Executive is extended; its influence in dealing out offices, honors and emoluments is multiplied; and all the means of seducing the minds, are added to those of subduing the force, of the people. … No nation could preserve its freedom in the midst of continual warfare.”

So as we are forcibly told today to embrace an idea of blind patriotism, and subservience to the Empire, lest we be seen as un-American, we should absolutely remember those who gave their lives for it, regardless of how manipulated and misled they might have been, as their actions were incredibly brave nonetheless, as they believed the mirage they were sold like so many others. Yet we owe it to them, and everyone else, to be honest about what it all represents, and what it is all truly for. As to mindlessly say, it is for freedom, or spreading democracy, is to simply ignore not only what those obvious lies have produced around the world, but also to allow it to carry on, in your name, which to some degree makes those willing to ignore it for their daily comforts, complicit, culpable even. So honor your loved ones today, honor their courage, and their beliefs, but do not blind yourself to how the faceless oligarchy uses their courage to do anything but fight for freedom and liberty. To call this atrocity out for what is, is truly American. It is what this country was founded upon, and I can think of no better way to honor those lost to such fruitless wars of aggression, than to stand in defiance of tyranny.

Trump On Election Hacking: “Could Have Been China”

One day after his “100 Day” rally in Harrisburg, president Trump “Faced the nation” on CBS, and suggested that China may have hacked the emails of prominent Democrats to meddle with the 2016 presidential election, countering the view of U.S. intelligence officials who have said Moscow is behind the hacks (that said, there have hardly been Read More…

Just days before the first Academy Awards ceremony since Hollywood was hit with allegations of rampant sexual harassment, assault, and pedophilia, a Los Angeles street artist made a bold statement just a few miles from the Dolby Theater where the Oscars will be held. Sabo, a conservative-leaning artist who has previously tagged the city with art referencing Read More…

This is an excerpt of The Daily Wrap Up 3/18/21 As always, take the information discussed in the video below and research it for yourself, and come to your own conclusions. Anyone telling you what the truth is, or claiming they have the answer, is likely leading you astray, for one reason or another. Stay Read More…