Sometimes the truest of hard truths are to be found smack dab in the middle of the fakest of fake news. You just have to read between the lines.

Take a recent story that bubbled up amid all the hype about the all-time record highs in the “What Could Possibly Go Wrong?” manipulated stock markets. You might have seen it. It was reported all over the usual MSM dinosaur fake news financial press outlets.

Here’s the headline that the mother ship of the banksters’ fake news press, the Financial Times, ran with:

And here’s the NY Times formulation:

And, perhaps most telling of all, this hot take from perennial market pimp CNBC:

The global market “punch bowls?” That sounds like a Corbett Report headline, not something from CNBC. So what’s going on here?

Well, the story is about the Bank of Japan’s (BOJ) recent decision to scale back its purchases of Japanese government bonds (JGBs). You may or may not know that the BOJ has been single-handedly propping up the Japanese bond market for the last five years by engaging in (in the characteristically blunt words of the banksters themselves) “Outright Purchases of Japanese Government Bonds.” These purchases have amounted to several trillion yen (i.e. several billion dollars) worth of bonds per month every month since 2013, a buying spree that has seen the BOJ become the largest holder of JGBs in the market. Then, as if that wasn’t enough, the BOJ actually promised unlimited bond purchases (literally whatever it takes to “calm markets”) last summer when word came that other central banks were starting to tighten their own monetary spigots.

Not the subject of these particular headlines, but very relevant to the larger story, is the fact that the BOJ’s purchase of Exchange Traded Funds (ETFs) made it into a top 10 shareholder of 90% of the companies in the Nikkei 225 in 2016 and the largest single shareholder of 55 different companies in “Japan Inc.” 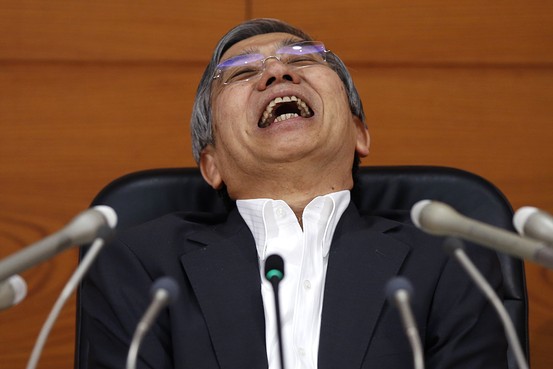 What these latest headlines speak to is the fact that investors who have been riding the waves of BOJ-fueled euphoria in the rising Japanese stock market are now freaking out that the central banksters are getting ready to take away (as even CNBC calls it) the “punch bowl” of central bank funny money. The key words there are “getting ready.” As even (Rothschild) Reuters notes, “When Japan’s central bank made a small cut to its regular bond purchases this week, what should have been an unremarkable market operation to manage monetary policy shot the yen and bond yields higher as investors began to price in a rapid exit from crisis-era stimulus.”

To be clear: This is not a change in policy. This is not an end of the BOJ’s JGB buying spree. This is just easing the foot off the gas pedal ever so slightly. And people are freaking out. So, in other words, the heroin might be in danger of running out sometime in the foreseeable future and the junkie is having pre-withdrawals.

This is understandable. You don’t have to be a Corbett Report die-hard to know that the central banks have been behind the incredible decade-long bull run that has emerged in the wake of the Lehman debacle. Even the normiest of normies who only get their news from Yahoo! found out last year that a whopping 93% of that bull run was directly caused by the Fed’s intervention. 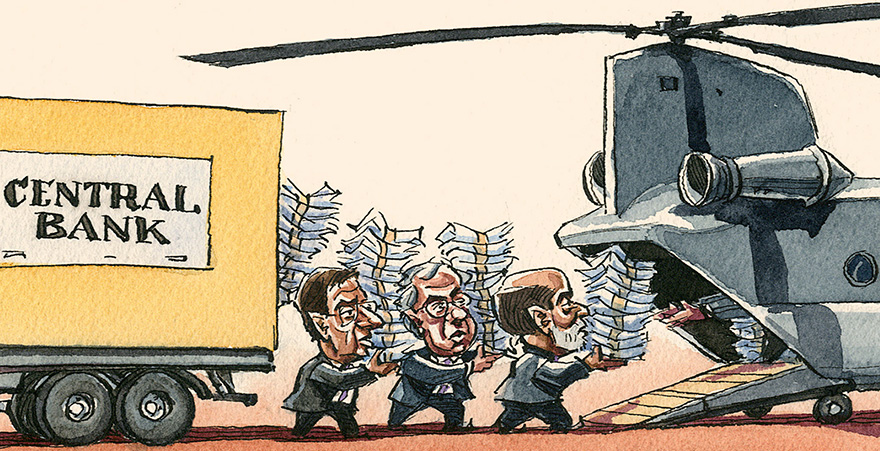 As I say, you don’t have to be a regular at corbettreport.com to know that the central banks blew this market bubble…but it helps. After all, I’ve talked about it over and over and over and over since the very beginning of the Lehman crisis. In fact, as I noted in a previous article:

This point is not even controversial. It has been the universal consensus of institutions ranging from the Bank for International Settlements to the Official Monetary and Financial Institutions Forum, and from OECD officials to former Fed Governors and even Alan “Bubbles” Greenspan himself.

In fact, analyst after analyst and pundit after pundit–including the most mainstream of mainstream publications–have been sounding the alarm on the stock market bubble for much of the past year.

And so finally, after our 10 year voyage through the looking-glass into economic wonderland, where bad news is good news because it means more central bank intervention, we now find ourselves traveling back the other way. Now good news (growing economic productivity, reflation, increasing optimism) is bad news because it means the BOJ and its bankster counterparts around the world are about to stop the carnival ride. Brace yourself accordingly.

This is why the banksters call themselves the “Wizards of Wall Street.” It’s because they are performing magic. Magic in its non-mystical sense, that is: manifesting will into reality. The banksters can make the markets rise or fall, and believe themselves to be masters of the universe. 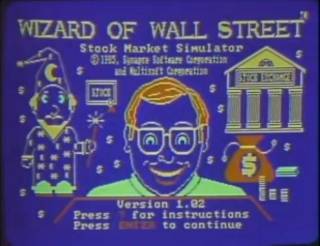 Like all magic, it is an illusion. A trick. A sleight of hand. They get you looking at their jiggering of interest rates and buying of bonds to get you focused on a narrative that becomes self-fulfilling. “Don’t fight the Fed,” they say, and, because no one does, they usually end up being right. But the trick is that the banksters don’t have the power. You do. If you buy their narrative and follow their lead, you will bring their wishes into reality. And if you fight it, you’ll get steamrolled by the zombie hordes of Fed followers. The only alternative, it would seem, is to find your own path. One that doesn’t depend on the banksters and their rigged markets in the first place. Good thing I’ve talked about some of those alternatives in the past and will continue to talk about them in the future.

In the meantime, watch for more bumps in the road as the BOJ and the European Central Bank and the Fed start to unwind some of the excess of the past 10 years. And look for the “madness of crowds” effect to take the stock markets in unexpected ways as people start believing in (and manifesting) the “Make America Goldman Again” stock market boom.

But you and I know the real action will be on that third path. The one that the bankers don’t even want you to know about…

Who’s Afraid Of The Trump/Putin Summit?

President Trump’s National Security Advisor John Bolton was in Moscow last week organizing what promises to be an historic summit meeting between his boss and Russian President Vladimir Putin. Bolton, who has for years demanded that the US inflict “pain” on Russia and on Putin specifically, was tasked by Trump to change his tune. He Read More…

Thousands of articles have been written about the so-called Russian hack of the US election. The term “Russian hack” suggests the Russkies actually found a way to subvert the results of voting machines. But of course, no convincing evidence has been presented to support such a charge. In fact, when you drill down a few Read More…

One Reply to “True Lies: The Financial Press Just Admitted The Markets Are A Sham”