The National Diet of Japan made a very strange move this past week: They ratified the TPP. Strange, that is, because the TPP is dead. President-Elect Trump has already said he is committed to pulling the US out of the deal on day one in office.

Did Japan not get the message? The TPP’s kicked the bucket. It’s shuffled off the mortal coil, run down the curtain and joined the choir invisible. This is an ex-trade deal. 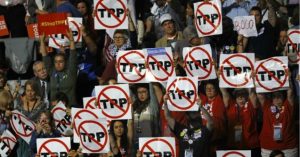 For those who need refreshing, the TPP is the Trans-Pacific Partnership, the regional “free trade” compact between its 12 signatory countries: Australia, Brunei, Canada, Chile, Japan, Malaysia, Mexico, New Zealand, Peru, Singapore, the US and Vietnam. In reality, it is a micro-managed trade deal that gives incredibly unfair advantages to the corporate cronies and political insiders who wrote it and contains the usual impossible-to-read but utterly horrifying clauses that we’ve come to expect from the globalist jet-set. It was shepherded through the negotiation stage under unprecedented secrecy and despite popular region-wide protest and opposition by an Obama administration that was hell-bent on making this a “done deal” before the next president could get in. But the best laid plans of mice and presidents gang aft agley, and now we have the odd spectacle of Japan actually ratifying a dead trade deal.

There are really only four ways to interpret this move:

1) The ratification is purely symbolic, a gesture of commitment toward the ideas embedded in the treaty.

2) Prime Minister Abe knows something that we don’t about what Trump is really going to do once he gets into office.

3) The Japanese are hedging against the possibility that Trump won’t make it into office after all.

4) Japan is preparing for a trade deal without the US. 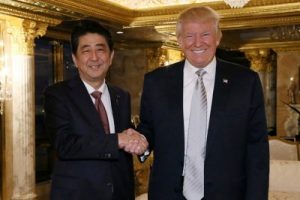 The first possibility is no doubt trivially true. Of course the insiders, cronies and political puppets want to have something to show for all their years of hard work evading public scrutiny and hammering out their evil deeds in closed-door meetings. But this can’t be the whole story.

The second possibility is intriguing if only because Abe is the only world leader to have personally visited Trump since his (s)election, immediately declaring Trump to be a “trustworthy leader” despite their (seemingly) obvious differences of opinion on major agenda items like the TPP. Given that several of Trump’s cabinet appointees have been vocal supporters of the deal in the past and given that arch-criminal Henry Kissinger has already told us to expect Trump to break his promises, it is at least a possibility that Trump’s tough talk on the TPP was just that: talk. And it’s also possible that Abe knows this. Hence the ratification.

There was once a point at which I would have dismissed the third possibility as so utterly unlikely that it was hardly worth mentioning, but given how completely insane the world of American politics has become in the past several months I can’t rule it out completely. And, given that Abe already specifically took time out to meet with Clinton on the sidelines of the UN General Assembly in September (and specifically to urge her to press ahead with TPP ratification), there’s no doubt he will know how to work with a Clinton administration to get the TPP signed, sealed and delivered. 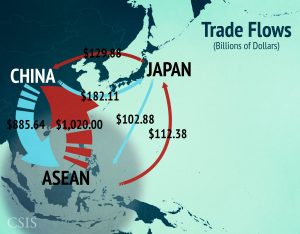 The fourth possibility is perhaps the most interesting. Without the US — the largest economy in the world and the most important market for many of the up-and-coming exporters of the Asia-Pacific region — the TPP would be largely meaningless. Or would it? If Trump really does turn the US away from the costly work of maintaining its world empire, there will be a greater need among other nations generally to begin cooperating and acting together. Rather than an Asia-Pacific united under the US umbrella, there could be an altogether different arrangement possible. The most intriguing possibility, and one that would immediately turn around and bite the Trump administration in the posterior (again, assuming that Trump is at all serious about any of his promises) is that it would open up the space for including China in the deal. And a TPP with China as the star signatory would be a very different deal with a very different inflection.

If the fourth scenario does take place and we see more regional cooperation with the Chinese in the driver’s seat instead of Uncle Sam, we may see the next significant step in the Eastward shift in the locus of economic and financial power in the 21st century. We’re still a long way off from that point, but it is at moments like this where significant changes in the course of world history can take place.

It all depends on the answer to that pesky little question: Why did Japan ratify a dead deal?

James Corbett is joined by Derrick Broze, writer for Activist Post and founder of The Conscious Resistance network, to discuss holistic anarchism, self-assessment, conspiritainment vs. activism, the Manifesto of the Free Humans, the Decentralize Your Life Tour and much more.

Welcome to The Daily Wrap Up, a concise show dedicated to bringing you the most relevant independent news, as we see it, from the last 24 hours (11/6/19). As always, take the information discussed in the video below and research it for yourself, and come to your own conclusions. Anyone telling you what the truth Read More…

Nunes Confirms There Was “Incidental Surveillance” Of Trump During Obama Administration

It appears Trump may have been right, again. Two days after FBI director Comey shot down Trump’s allegation that Trump was being wiretapped by president Obama before the election, it appears that president Trump may have been on to something because moments ago, the House Intelligence Chairman, Devin Nunes, told reporters that the U.S. intelligence community Read More…