While all eyes (from the left and the establishment right) remain on Trump (daring to shake Putin’s hand this weekend), the mainstream media appears to be “missing” the news that the lobbying firm founded by longtime Democratic operative Tony Podesta is reportedly on the verge of shuttering after being swept up in special counsel Robert Mueller’s Russia probe.

Just three weeks after we reported that special counsel Mueller was targeting lobbying firm Podesta Group. and just two weeks after Tony Podesta resigned from his position at the firm he founded, The Hill reports that Kimberley Fritts, the Podesta Group’s chief executive, told employees on Thursday that the firm would not exist at the end of the year and that they would likely not be paid through the end of November, sources told CNN.

Fritts announced her resignation from the top Washington lobbying group after Podesta left the company amid ties to indictments filed in the Russia investigation. Fritts is beginning work on launching a new firm. Her last day at the company Friday created new uncertainty for the Podesta Group after the departure of Podesta on Oct. 30.

Multiple employees who spoke to The Hill said the mood at the firm was mostly optimistic, though they said many of the firm’s dozens of employees could be in limbo as Fritts sets up the new firm and brings Podesta Group talent and clients with her.

As a reminder, Mueller is now investigating whether the Podesta Group properly identified to U.S. authorities its foreign work on behalf of a Ukrainian advocacy group in Europe, CNN reported.

An NBC report found that the Podesta Group was one of several firms working on Paul Manafort’s public relations campaign for European Centre for a Modern Ukraine, which the Podesta Group claims it thought was a nonpartisan think tank, something which this site reported first last August. 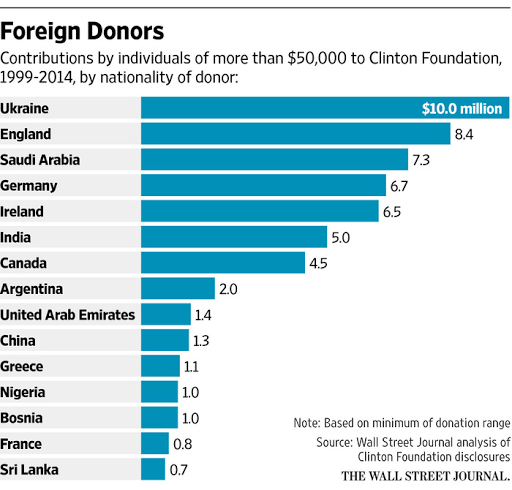 It goes without saying, that Podesta’s brother, John, is arguably one of the top figure in Democratic politics, serving most recently as chief of staff in the Bill Clinton White House and also as the chairman of Hillary Clinton’s 2016 presidential campaign.

What happens next to Tony (and perhaps his brother John) is to be determined, but one thing is clear: both sides of the swamp should probably control themselves in any premature celebrations as this appears to be far from over.

AIPAC Just The Tip Of The Iceberg, Amash Calls Out Yemen Bill Loophole & US Secret Talks With Maduro

Welcome to The Daily Wrap Up, a concise show dedicated to bringing you the most relevant independent news, as we see it, from the last 24 hours (2/15/19). As always, take the information discussed in the video below and research it for yourself, and come to your own conclusions. Anyone telling you what the truth Read More…

If there’s one thing to be gleaned from the current atmosphere of anti Russian hysteria in the West, it’s that the US-led sustained propaganda campaign is starting to pay dividends. It’s not only the hopeless political classes and media miscreants who believe that Russia is hacking, meddling, and poisoning our progressive democratic utopia – with Read More…

9/11 And The WTC Towers: Why Do Self-styled “Skeptics” Believe In Their Own Brand Of Miracles?

I find it such an interesting phenomenon that of all the self-styled skeptics I have corresponded with or whose opinions are aired online, every single one swallows the miracles, told to us by NIST, of the three high rise steel frame building collapses on 9/11 being caused by fire when the evidence clearly shows that the Read More…