The images of Syria before and after the U.S. intervened with its “freedom and democracy” serve as reminder that it’s time to end the “War on Terror.”

Aleppo has become known as one of the most infamous war-torn cities in Syria, since the United States began funding the rise of the “Free Syrian Army” in 2011. Former President Obama pushed for the action at the time, insisting that it was the only way to fight back against Assad’s regime.

When it was time put the United States’ mission to arm and train prominent groups of Syrian rebels on the backburner, the public focus shifted towards fighting the newly trained and funded “Islamic State of Iraq & Syria.” The U.S. was joined by a coalition that included Saudi Arabia, Qatar, Bahrain, Jordan and the United Arab Emirates in 2014. 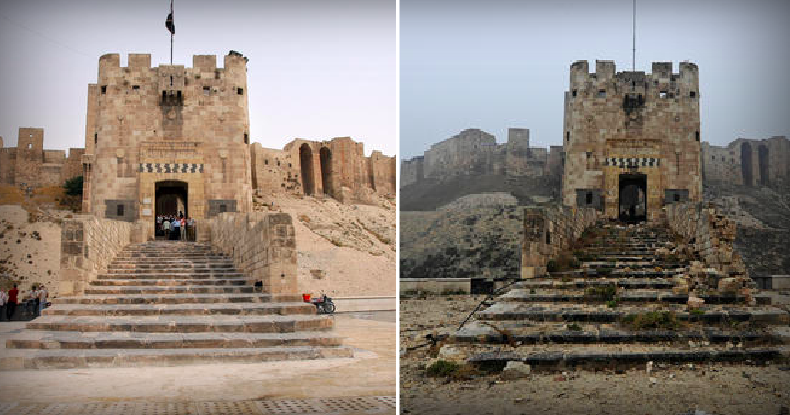 In March, the Syrian Observatory for Human Rights, a Britain-based war monitor, reported that in the six years since the start of Syria’s civil war, nearly half a million people have been killed or have gone missing.

The Observatory claimed that more than 321,000 were killed, and more than 145,000 people have been reported as missing, including 96,000 women and children.

The latest reports out of Aleppo claim that the U.S.-backed Syrian Democratic Forces “blocked the water from the Euphrates Dam that feeds into the Khafsa Pumps, halting the supply to people of Aleppo City,”which has “obstructed water to over 1 million residents of Aleppo City.”

One of the most impactful images from Aleppo depicts the quality of life of the women in the city. The following images show the transformation of Syrian women in Aleppo in 1968, to Syrian women in ISIS-occupied Aleppo in 2016. 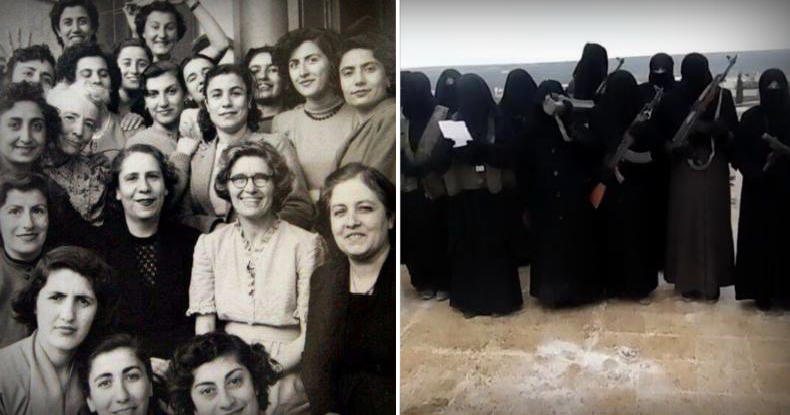 As the U.S. warns of a possible chemical attack on behalf of Assad’s government, it should be noted that the U.S. is blatantly ignoring the role it has played in the deterioration of what was once a sovereign nation.

In addition to blaming the Syrian government for an alleged chemical attack with no investigation and no proof in April, the U.S. has ramped up its bombing campaign, and has killed nearly 500 Syrian civilians in the last month.

U.S. President Donald Trump recently signed a determination that singles out Venezuela for failing to adhere to counternarcotics obligations. The accusation came – perhaps not so coincidentally – on the same day that Venezuela declared it will no longer participate in the U.S.’ petrodollar trade system. In what is set to be a major blow to Read More…

The Higher the Climb, the Better the View

When still in our mother’s womb, we are one with the primordial essence. In our essence, we are as newborn children. We instinctively do what is good for us, without even having to think about it. We have unconditional confidence in our environment and in others. There is no conflict between our thoughts, our emotions Read More…

Saudi citizens have studied in the U.S. for years – but a new report states that approximately 400 of them have left the country after arrival to join terrorist groups like ISIS. There is evidence that both Saudi and U.S. officials knew of this issue for some time, but refused to do anything about it. Read More…