The scene is becoming familiar, even if the actors change from stage to stage: A political establishment is overturned by a wave of populist anger. Markets panic and a sell-off looks imminent. And then…things stabilize. The government changes, but things carry on.

The latest version of this performance is taking place in Italy where Prime Minister Matteo Renzi has just been unseated after Italians overwhelmingly voted “No” on a constitutional referendum upon which Renzi had staked his political career. The proposed law would have made a series of changes to the composition of Italy’s government, but it was not the technicalities of the proposed changes themselves that motivated over 65% of registered Italian voters to the public, and it was not some great interest in the composition and role of the Italian senate that led 59% of those voters to reject the new rules. Instead, this was seen as a referendum on Renzi and the political status quo in Italy itself. 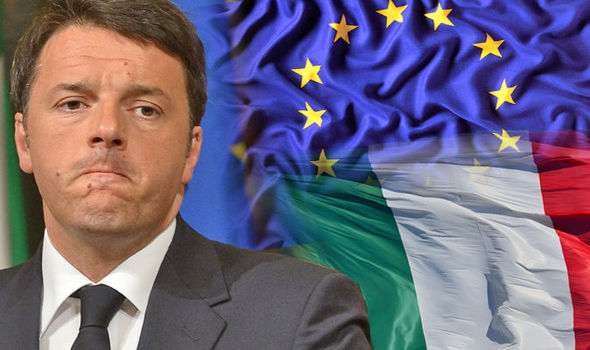 Renzi’s loss is the end of Renzi’s brief (but not so brief by Italian standards) tenure as prime minister, but it is also a blow to the EUrocats in Brussels, who were hoping that the notoriously recalcitrant Italian public might be persuaded to engage in some mild political reform as an entree to more EU-friendly reforms in the future. The vote is a win for Beppe Grillo’s Five Star Movement, a non-party party that has rode a wave of populist support to go from a joked about internet-only phenomenon at its founding in 2009 to a growing force in Italian politics today. This is also bad for the EU as both the Five Star Movement and the Lega Nord, an anti-immigration party that also helped spearhead the “No” vote, are very much anti-EU and talk about withdrawing Italy from the eurozone and re-issuing the lira.

Market response to the fall of Renzi’s government and the rise of chaos should be familiar to those who watched the same responses play out post-Brexit and post-Trump. Markets panicked and sold off, with the euro hitting a 2-year low as the results poured in, with signs that the contagion would spread to stocks as markets opened Monday morning…

…But then, as with Brexit and Trump, the sky failed to fall and the doom-and-gloomers were left scratching their heads. Italy’s FTSI MIB index tumbled 2.0 points on the news and bonds rose slightly, but the market is now exploding back upward. Even Italy’s banking sector — still in a precarious situation, staged a comeback on the Milan exchange.

In reality, none of these numbers are important. Markets are responding to perceptions and fancies, not facts, and the fact is that there’s no clear sign yet of what this means for Italy’s political future, its banking crisis, or anything else. 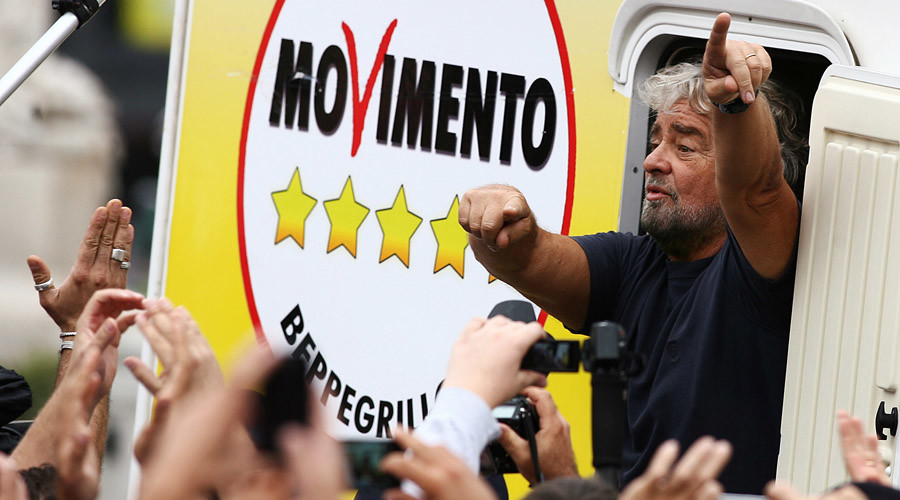 What is clear is that yet another populist movement is knocking on the doors of power and preparing to overturn the status quo. The roots of the Italian people’s anger with the EUrocrats can be traced back to the so-called “PIIGS” disgust at the treatment of Greece during the first bailout “negotiations” in 2010 and the silent coup that parachuted Goldman Banker and Bilderberger extraordinaire Mario Monti into the prime minister’s office in 2011 as a sort of fait accompli by Brussels. The Italian people are increasingly fed up with the dictates of the EU and are looking to shake up a political, business and banking establishment that has thoroughly failed them and left the country teetering on a fiscal precipice.

It’s still too early to know how this will play out politically, or even when an election is likely to be called. Italians could be heading to the polls right away if a snap election is called; others suggest the election will wait until February. As Bloomberg notes in their own hit piece on Grillo, this biding of time may be necessary to give the establishment time to rig the election against the Five Star Movement:

“The current electoral law automatically gives bonus seats to the leading party in the lower house, to boost stability. That’s spooking mainstream parties, which plan to get together and change the rules before Five Star can benefit in the next election. If the next set of rules favors coalitions rather than individual parties, Five Star may struggle to find the allies required to control the legislature.”

Whatever the case, Europe continues to be pulled apart at the seams even as it continues to reach toward total centralization. This weekend’s referendum results have only added to that tension.

The 5 Most Amazing Documents From The JFK Files

OK, the dust has settled on the “release” of the JFK files last week, and here’s what we know so far: As expected, the release is not a full release by any stretch of the imagination, despite Trump’s tweets to the contrary. As I pointed out in the most recent edition of New World Next Week, if Trump had Read More…

Monsanto is one of the most hated companies on the planet. …Unless you ask FORTUNE Magazine, that is. In that case, it’s apparently one of the world’s most admired companies. But if you actually ask real human beings then it ranks right behind BP and Bank of America as the third most hated company in the Read More…

Founder and plaintiff in the DNC election rigging/fraud lawsuit asks the courts for special physical protection amid numerous mysterious deaths of individuals connected to the lawsuit against Debbie Wasserman-Schultz and the DNC. While the rest of the United States seems fixated on this week’s Senate hearing testimony of U.S. Attorney General Jeff Sessions (to discuss Read More…