“One has a moral responsibility to disobey unjust laws.” Martin Luther King Jr.

In every society, each citizen will eventually come to a crossroad in which a choice must be made. It is a choice that will not only define the society, but ultimately, define the individual. It is an age-old battle between right and wrong, good and evil, moral and immoral. After all, every person involved in creating the many different laws that Americans must adhere to, are only human. Meaning, that each is susceptible to greed and all the many different forms of treachery that could potentially alter one’s ability to clearly and morally strike laws into place. 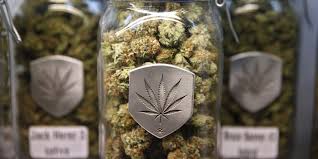 There are still plenty of States that have yet to embrace the many health and industrial benefits to hemp/cannabis. Within these States, many ailing individuals are still in need of what is being recognized as the most versatile plant on the planet. These sick and potentially dying people are afraid to heal themselves with what has been proven (in most cases) to be a cure to what ails them. The archaic marijuana laws that restrict those in need from acquiring this cure-all, are all that stands in the way. Within this dire need, there are groups beginning stand against this corruption and help these desperate souls relocate closer to the medicine they need. The mission of one such group is as follows:

[quote]“ To provide safe access to medical cannabis to seriously and chronically ill patients who have no hopes of legally obtaining the medicine they need where they live. We do this by providing resources to patients so that they may become “medical marijuana refugees” and move to states where they can safely and legally access the medicine they so desperately need.” [/quote]

It says a lot about a country when its residents are forced to uproot their homes, move their families and enter a legally gray area of acquisition solely to medicate themselves with the only option that is left. An option that could be the choice between life and death. 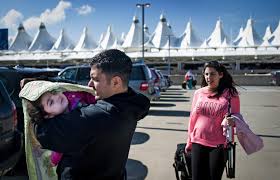 The majority of this county is currently wondering why the government chooses to keep hemp/cannabis on the Schedule One narcotics list, where it remains illegal on a federal level with restricted research. One simple answer is that there is no money in curing, only in treating an illness. It would be like creating a product that never breaks. Sure, one would stand to make a large profit at first, however, after the first surge, sales would inevitably die off because no one would ever need another. This is the logic followed by those who stand to profit by hindering the legality of cannabis. Cannabis has already been shown by many leading scientific and medical groups to be able to rapidly reduce, if not heal completely, many serious illnesses that affect this country. One would think the overall health of the populace would take precedent over a pharmaceutical company’s profit and loss statement, unfortunately, for those dying of what they were told was incurable, that is not the case.

This country will see many more groups arising as the need for companies of this sort become clear. There can be no doubt that any standing against these unjust laws will be met with hardship and complications while trying to relocate those in need. Many will seek to disrupt this process but complications do not deter those out to better the world. Hardships only reveal one’s true path, and rally those true of heart to return to the fray. The Last American Vagabond wholeheartedly supports any group which stands against injustice and lends their hand to those fighting for the very liberty this nation was founded to provide, yet now seems to auction to the highest bidder. We are calling on those with a desire for change. Be a part of a group intent on helping those Americans left to their sickness by a profiteering government. Be a part of what heals this country and sets a course to prosperity and civil justice.

I’m not sure how to break this to you, but it appears the world is ending this weekend. Or at least that’s what you’d believe if you were reading certain corners of the internet. As you may have already heard, the UN is “taking over the internet” this weekend. But as you’ve also heard if Read More…

Right Wing Extremists Condemned In Charlottesville, Funded And Armed In Ukraine And Syria

Having backed a right-wing coup in the Ukraine and right-wing terror groups disguised as “moderate rebels” in Syria, U.S. leaders now confront rising right-wing terror at home. They duly condemn it, but seem blind both to their own hypocrisy and to the domestic reverberations of their cynical foreign policies. CHARLOTTESVILLE, VA — Though rising tensions Read More…

How Team Obama Tried To Hack The Election

New revelations have surfaced that the Obama administration abused intelligence during the election by launching a massive domestic spy campaign that included snooping on Trump officials. The irony is mind-boggling: Targeting political opposition is long a technique of police states, which Team Obama has loudly condemned for allegedly using its own intelligence agencies to hack Read More…