While there are still relatively few details about the man responsible for the deadliest mass shooting in US history, or his motive to kill at least 50 people and injure over 400 people, here is what we know so far, courtesy of the Telegraph and other public data sources.

The gunman behind this morning’s Las Vegas shooting, is believed to be a grandfather who lived in a remote desert home in Mestique, Nevada, reports Telegraph’s Leon Watson. Stephen Paddock, 64, was named by police as the perpetrator who left more than 50 dead. He was killed when officers blasted their way into his hotel room. Las Vegas police said they had located “numerous firearms within the room that he occupied.” Las Vegas Sheriff Lombardo said officers had confronted Paddock on the 32nd floor across the street from the concert. “There were at least 8 guns and a number of long rifles in the alleged shooter’s room”, per Las Vegas Police Undersheriff Kevin McMahill.

Police believe Paddock, a local resident, was a “lone wolf” attacker. Lombardo did not give further details, however, on Paddock’s background or possible motivation. “We have no idea what his belief system was,” Lombardo said. “Right now, we believe he was the sole aggressor.”

Recordings of the attack suggested that Paddock used an automatic weapon. Paddock, who arrived at the hotel on Thursday, was found with more than 10 rifles, Lombardo said. Relatives said they knew Paddock owned guns, but believed they were legal.

Before he opened fire late Sunday, gunman Stephen Paddock lived a quiet life for years in a small town outside Las Vegas, the WaPo writes.

A retired man, Paddock often visited Las Vegas to gamble and take in concerts, his relatives said. Public records show he was a licensed pilot, who owned two planes. And he had a hunting license from Alaska. For several years, he appeared to live in Mesquite, Tex. But property records show he chose to move to another town named Mesquite in Nevada, where he bought a home in 2013 and has been living there ever since.

Paddock’s family said there was nothing in his past that would suggest violence. “We are in complete shock bewilderment and horror. We have absolutely no idea how in the world Steve did this. Absolutely no concept,” said one relative, who spoke anonymously to avoid hurting other relatives. “There was nothing secret or strange about him.”

Family members said that Paddock spent much of his retirement in recent years staying in hotels in Las Vegas and gambling. They said he listened to country music and went to concerts at Vegas hotels.

Las Vegas police said authorities were in the process of searching Paddock’s home in Mesquite, Nev., on Monday morning. Quinn Averett, a spokesman for Mesquite Police in Nevada said Paddock was unknown to local authorities in the city where he owns a home 80 miles northeast of Las Vegas. Mesquite police have no recorded interactions with Paddock. Las Vegas police said this about Lombardo.

“We have no investigative information or background associated with this individual that is derogatory,” Sheriff Joseph Lombardo said. “The only thing we can tell is he received a citation several years ago, that citation was handled as a matter of normal practice in the court system.”

Speaking to the Daily Mail, the brother of the Las Vegas shooter said that he was a normal guy who must have “snapped.” Eric Paddock said that ‘something happened’ to make his brother Stephen kill at least 50 people and injure 200. Eric said that there was ‘absolutely no indication he could do something like this’ and said that Stephen had no political or religious affiliation.

He said: ‘He was just a guy. Something happened, he snapped or something’. Speaking from his home in Orlando, Florida, Eric said: ‘We know absolutely nothing, this is just, we are dumbfounded. We have absolutely no idea. Our condolences go to the victims and all their families’.

Eric said that he and Stephen, 64, lived on different coasts – Stephen’s last address was in Mesquite, Nevada – and that they did not speak that often. He said that his mother was ‘in shock’ and struggling to cope with the news.

He said: “Our family is OK, we’re sitting in here in our house hoping that everyone doesn’t attack us.”

‘He’s my brother, we don’t have a very close relationship but we talk occasionally. There’s no rhyme or reason here, it makes no sense’. He said: ‘She has nothing to do with this, at least from my perspective. ‘He was just a guy. Something happened, he snapped or something, he was just a guy.

Separately, Eric Paddock told CBS News his brother was “not an avid gun guy at all”. He added: “The fact that he had those kinds of weapons is just… where the hell did he get automatic weapons? He has no military background or anything like that.

“He’s a guy who lived in a house in Mesquite and drove down and gambled in Las Vegas.”

“Not an avid gun guy at all…where the hell did he get automatic weapons? He has no military background,” gunman’s brother says pic.twitter.com/EMSKLQGYFM

In the latest police update, Las Vegas undersheriff Kevin McMahill confirmed that Stephen Paddock died from a self-inflicted gunshot wound as police made entry to his Las Vegas hotel room. He also confirmed that Paddock, who is believed to have checked into the hotel on Thursday, had more than 10 guns.

McMahill added that Marilou Danley is overseas and that officers have made contact with her.  She is believed to be Australian and of Indonesian origin. 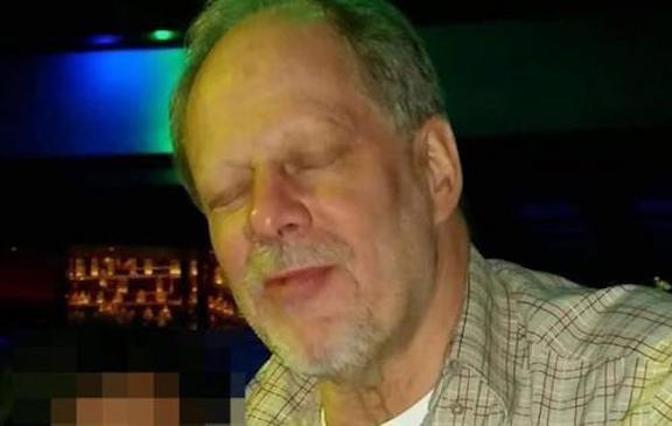 Where was he from?

Paddock is reported to have lived in a retirement village in Mesquite, Nevada, since June 2016 and was born on April 9, 1953. It is claimed he previously lived in Reno, Nevada, from 2011 to 2016, and also had an address in Melbourne, Florida, from 2013 to 2015. He has also lived in Henderson, Nevada, and several locations in California since 1990, it is reported.

Mesquite is located about 80 miles, or an hour and 16 minutes, away from Las Vegas, along Nevada’s border with Arizona. Mesquite, a city in Clark County, is home to about 17,400 people, including several retirement communities, along with casinos and golf courses.

Did he act alone?

Despite initial reports of multiple gunmen, police do not believe at this time that there were any other attackers. Sheriff Joseph Lombardo, of the Las Vegas Metropolitan Police Department, described Paddock as a “lone wolf”. Officers were initially seeking his traveling companion – Marilou Danley – who has now been located. She is believed to have been his roommate, however the police have since announced they do not believe she was involved in the shooting.

At this stage, Paddock does not have any known ties to terrorist organization and no motive has been put forward. When asked by a reporter if it was an act of terrorism, Sheriff Lombardo said: “No, not at this point. We believe it was a local individual. He resides here locally.

“I’m not at liberty to give you his place of residence yet, because it’s an ongoing investigation, we don’t know what his belief system was at this time. … Right now we believe he is the sole aggressor at this point and the scene is static.”

Was Paddock known to authorities?

NBC reports that he was. But public records do not show any criminal convictions for Paddock in Nevada. Mesquite Police told CBS News that he was not known to them, and that he lived in a retirement community, is a white male and wasn’t a military veteran.

What was his motive?

He was not believed to be connected to any militant group, Clark County Sheriff Joseph Lombardo told reporters.

“We have no idea what his belief system was,” Lombardo said. “We’ve located numerous firearms within the room that he occupied.”

How did he die?

According to Las Vegas undersheriff Kevin McMahill, Stephen Paddock died from a self-inflicted gunshot wound as police made entry to his Las Vegas hotel room. He also confirmed that Paddock, who is believed to have checked into the hotel on Thursday, had more than 10 guns.

In a surprising development, the Islamic State’s news agency Amaq has claimed responsibility for the concert attack, alleging that Stephen Paddock converted to Islam “months ago“. There is no evidence for these claims. This despite police in Las Vegas stating there is no link to international terrorism. Of course, with Paddock dead from an alleged self-inflicted gunshot wound, it will be impossible to confirm or deny this allegation.

BREAKING: #ISIS claimed #LasVegas attack, reporting through ‘Amaq that executor is one of its “soldiers” & he converted to Islam months ago pic.twitter.com/4E85vEIUzH

In perhaps the least ceremonious victory for U.S. and international activists, the decidedly abhorrent Trans-Pacific Partnership — a corporate giveaway of phenomenal proportions — effectively died yesterday. Lawmakers from both sides of the aisle announced the much-maligned, so-called ‘free trade’ deal — which would have inextricably tied the U.S. to Asia and given corporations unprecedented Read More…

The premature results appeared on NBC affiliate WRCB in Chattanooga, Tennessee, but were stored on the servers of a widely used news content management platform. A NBC affiliate in Chattanooga, Tennessee inadvertently published what appears to be election night results. The results are published in the typical format used by mainstream news networks and display Presidential and Read More…

Welcome to The Daily Wrap Up, a concise show dedicated to bringing you the most relevant independent news, as we see it, from the last 24 hours (7/9/19). As always, take the information discussed in the video below and research it for yourself, and come to your own conclusions. Anyone telling you what the truth Read More…