Israel’s Prime Minister has announced plans to expand the population of the illegally occupied Golan Heights, four fold, deploying tanks to the border as the Syrian government vows to liberate the territory. Although small skirmishes have taken place in recent years, the move now threatens a larger military confrontation between the two.

This Monday, speaking at the ‘Makor Rishon Golan Conference’, Israeli Premier Naftali Bennet announced plans to increase the population of the illegally occupied Golan Heights by up to 400%. Bennet, the far-right leader of the Yamina Party, stated that “In another six weeks, we will hold a government meeting in the area, during which we will approve a national program for the Golan Heights, with its goal being to go from 26,000 residents to 50,000, and then from 50,000 to 100,000; to establish two new towns in the Golan Heights, to create new jobs and to significantly invest in infrastructure.”

The Golan Heights is a part of Syrian territory, according to International Law, which was first captured by the Israeli military during the June 1967 war. On December 14, 1981, Israel passed a law in which they effectively annexed the territory, which has led most Israelis to view this area as part of their country. However, the annexation clearly violates Article 51 of the UN Charter and shortly following the move in 1981, the UN Security Council adopted resolution 497 which rejected the annexation. The Syrian government and Syrians, including those who were spilt from their families and remained in the Golan Heights, following the Israeli occupation of it, also see the territory as belonging to them.

The population of the Golan Heights is estimated to be above 50,000, made up of primarily Syrian Druze, who largely refuse to take Israeli citizenship and remain loyal to Syria and Israeli settlers which number at around 25,000 living in 30 illegal settlements. The introduction of major settlement construction projects, flooding the territory with illegal Israeli settlers, will end up making the Golan Heights, in a way, another West Bank. Except in Golan, there will end up being more Israeli settlers populating the area than the native people.

Isaac Herzog, Israel’s President, also attended the conference, stating that Israel should essentially exploit the calm that currently exists to expand and build in the area. PM Bennet agreed that the time to speed up their settler colonial ambitions for the territory is now, due to the perceived weakness of Syria’s President Bashar al-Assad, whose country has been embroiled in an entirely orchestrated and destructive war.

In 2019, US President Donald Trump split from world powers, international legality, and the opinions of his allies, and recognized the Golan Heights as Israeli territory, yet according to Reuters the Biden administration seems to be taking a different stance. 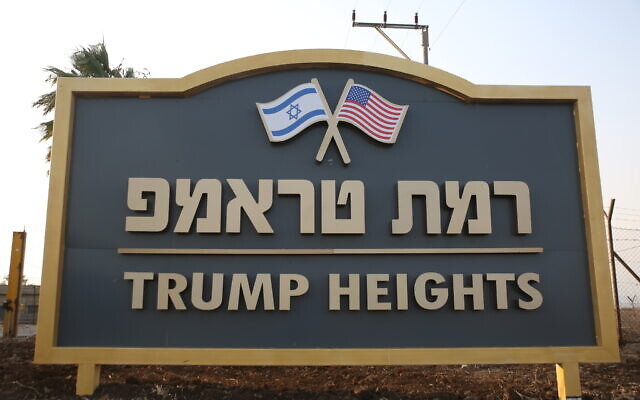 The Golan Heights is key for Israel, as it receives roughly one-third of its water supply from the territory. This issue has been a key sticking point in prior peace negotiations, as Syria has never backed down on Israel withdrawing in areas from which it extracts water.

In addition to Israel raising tensions over its plans to expand the settler population to four times its current size, according to a report originating first from RT Arabic, Israel is deploying its military to the Syrian border area. The report claimed that Israel has sent a “large number of tanks” to the 500-square-mile area, in what is being taken as a direct provocation to Syria.

Syria has always maintained that it will liberate “every inch” of its territory. The besieged nation has made many threats regarding a battle to take control of the area once again, yet has not thus far followed through. Although, in an address this Monday, during a meeting of the Non-Alignment Movement (NAM) member States in the Serbian city of Belgrade, Syrian Foreign Minister, Faisal Mikdad, asserted that his country has “every right” to reclaim the territory. This address came following the provocative Israeli announcements, coupled with Syrian Druze protests in the Golan Heights, against the Israeli occupation. Mikdad also made it clear that Syria would put all efforts into reclaiming all of its occupied territories.

Although Syria seems to have been making these types of threats for years, whilst effectively remaining inactive in the direct military struggle against Israeli occupation, there will only be so much that the Syrian government can tolerate. Israel has launched hundreds — possibly over 1000 according to some estimates — of airstrikes against the forces of the Syrian government and their allies, since the beginning of the Syrian war in 2011. The last time Syria officially responded to Israeli air raids was back in 2018, firing into the Golan Heights and shooting down Israeli fighter jets. However, since that time, the Syrian government has not responded to countless Israeli attacks, even when its soldiers and civilians were killed. Instead, it continues to reach out to the international community while its complaints routinely fall on deaf ears.

After countless Israeli aggressions, Israel has only been emboldened by the great deal of Syrian restraint, and so continues to push the boundaries further. But Tel Aviv can only get away with pushing so far before Damascus is forced to retaliate, which would then bring in the European Nations and the United States, which would instantly attempt to mediate to ensure the protection of Israel.

It is likely that Israel will soon carry out airstrikes targeting Syria’s air defense systems and conduct maneuvers to test their limits. Unfortunately for Syria, the diplomatic path they have followed — showing restraint — has only made Israel more aggressive. Eventually they will have to respond militarily or wind up allowing Tel Aviv to assert overwhelming dominance.

Welcome to The Daily Wrap Up, a concise show dedicated to bringing you the most relevant independent news, as we see it, from the last 24 hours (3/24/19). As always, take the information discussed in the video below and research it for yourself, and come to your own conclusions. Anyone telling you what the truth Read More…

A group of Israelis are suspected of running a child sex trafficking network in Colombia. According to a report by the Times of Israel the number of suspects is 14, while Haaretz claims it is 12. The office of Colombia’s attorney general said eight of the suspects have been arrested, including six Israelis. The video shows Read More…

Another Democratic Party Group Hacked: ‘Even Easier Than DNC Breach’

Guccifer 2.0 takes credit for leak of DCCC docs. The hacker or hackers known as Guccifer 2.0 on Friday claimed credit for a new leak of information, this time from the Democratic Congressional Campaign Committee, writing on their blog, “It was even easier than in the case of the DNC breach.” Guccifer 2.0 already claimed Read More…