In the aftermath of one of the most severe Israeli attacks on Syria “in decades,” Iranian lawmakers said Thursday that Iran had no role in the attack, and that Shia nation doesn’t operate any bases in Syria.

Mohammad Javad Jamali Nobandegani, a member of the Iranian Parliament’s national security and foreign policy committee, said Israel’s claim that Iran had provoked Israel by firing first was “a lie,” adding that “Israel’s history of carrying out unprovoked attacks in Syria has been well-documented.”

“Iran does not have military base in Syria,” Nobandegani added.

And while Iran maintains that last night’s skirmish between the Israeli Defense Force and Syrian Army forces was a false flag, and that the IDF struck first (continuing its pattern of airstrikes and other military assaults in Syria), the IDF boasted Thursday morning that Tehran “will need a lot of time to recover” from the most extensive Israeli attack in Syria since 1974. 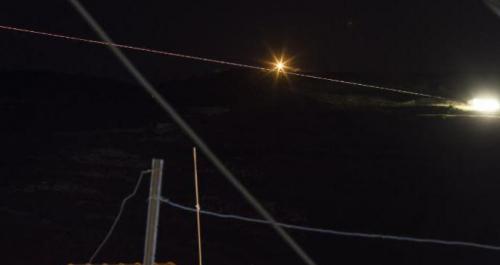 Unsurprisingly, the alleged Iranian attack resulted in no casualties or damage to Israeli infrastructure, with no rockets hitting Israeli-held territory (the Golan Heights border region is considered Syrian territory occupied by Israel).

“Iran will need a lot of time and resources to rehabilitate its operational, military and intelligence infrastructures we hit tonight,” an IDF spokesman said. The spokesman warned that “any other attempt” to hurt Israel will “pay even more.”

A map of the military targets published by the IDF shows multiple sites near Damascus and also near the Syria-Israel border.

Israeli Defense Minister Avigdor Lieberman claims “all the Iranian infrastructure” in the Arab republic was hit.

The IDF has struck dozens of Iranian military targets in Syria in response to the Iranian rocket attack against Israel. Quds force is behind attack and has played the initial price. IDF remains ready for various scenarios but does not seek to escalate the situation. pic.twitter.com/4rC8gHK2LG

During the attack, Israeli jets and mortars struck intelligence sites and arms depots, among other military targets allegedly operated by the Iranian forces. Syria’s SANA state news channel said earlier that a Syrian radar installation was hit in the attack while “tens” of missiles were intercepted.

Though the IDF says it’s not seeking “further escalation,” the IDF says that “the Syrian regime will be held accountable for everything happening in its territory,” and has warned against any retaliatory attack.

“They must understand that if it rains here, it will pour there,” said Israeli Defense Minister Avigdor Lieberman, who spoke at the Herzliya security conference near Tel Aviv several hours after the skirmish began.

Lieberman added that Israeli forces remain on high alert, but said he hopes this “chapter” is finished.

Naturally, most Western media like the New York Times – which has repeatedly demonstrated a fervent pro-Israeli bias – opted to take the IDF at its word, a move that drew consternation from independent Syrian journalists.

Of course, in the aftermath of recent attacks on Syria over “chemical attacks” which were alleged but never actually proven, why even bother to verify Iran’s claims when it’s easier to just quote Israel.

The Fallacy Of The “Marijuana DUI”

Recreational marijuana is becoming legal throughout the US. As it becomes more common, states are facing bureaucratic growing pains. One of the biggest issues is how to properly identify and regulate stoned drivers. Currently there are no standardized testing methods for marijuana impairment. A lack of peer-reviewed, federally funded studies on cannabis has made it difficult Read More…

Are You One Of The 170 Million Americans Drinking Radioactive Tap Water?

According to a new bombshell report from the Environmental Working Group (EWG), tap water for more than 170 million Americans contains radioactive elements that may increase the risk of cancer. The group examined 50,000 public water systems throughout the United States and found from 2010 to 2015, more than 22,000 water utilities reported radium in treated water. Radiation in Read More…

One of the saving graces of the ailing corporate media — for the folks setting the agenda, anyhow — is its relentless ability to hyper-focus the public’s attention on altogether meaningless events. Take, for instance, an armed robbery that sees property stolen but no one harmed. Such an event is unfortunate, yes, but such is Read More…