As more details emerge about the Ft. Lauderdale airport shooter, Esteban Santiago-Ruiz, 26, who on Friday afternoon opened fire at the baggage claim area at the airport, killing 5 and wounding 8, we start to get a detailed glimpse not only into his past, but his numerous recent interactions with authorities. 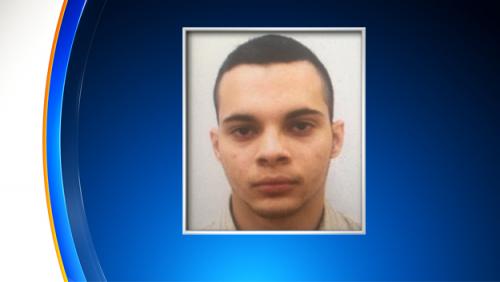 According to law enforcement officials, Santiago was found with an active military ID and is an American citizen, born in New Jersey. Previous known addresses include Penuelas, Puerto Rico and Anchorage, Alaska.
They add that in November 2016, just two months ago, he walked into an FBI office in Anchorage claiming that the government had “forced him to watch ISIS videos” and to fight for ISIS. According to a slightly different narrative presented by CNN, source said that Santiago was hearing voices telling him to join the Islamic State. Ultimately he was sent to a psychiatric hospital.

AP confirms that Santiago’s brother said the suspect had been receiving psychological treatment while living in Alaska. Bryan Santiago told The Associated Press that his family got a call in recent months from 26-year-old Esteban Santiago’s girlfriend alerting them to the situation.

Bryan Santiago said he didn’t know what his brother was being treated for and that they never talked about it over the phone. He said Esteban Santiago was born in New Jersey but moved to the U.S. territory of Puerto Rico when he was 2 years old.

He said Esteban Santiago grew up in the southern coastal town of Penuelas and served with the island’s National Guard for a couple of years. He was deployed to Iraq in 2010 and spent a year there as a combat engineer with the 130th Engineer Battalion, the 1013th engineer company out of Aguadilla, according to Puerto Rico National Guard spokesman Maj. Paul Dahlen.

Sen. Bill Nelson of Florida said that the gunman was carrying a military ID that identified him as Esteban Santiago, but that it was unclear whether the ID was his. Nelson gave no further information on the suspect.

Furthermore, AP notes that according to a  military spokeswoman Santiago received a general discharge from the Alaska Army National Guard last year for unsatisfactory performance.

Lt. Col. Candis Olmstead did not release details about 26-year-old Esteban Santiago’s discharge in August 2016. Olmstead said that he joined the Guard in November 2014.

The shooting happened at the airport’s terminal 2, where Air Canada and Delta operate flights. Five were killed and eight wounded. Constantin’s email says, “We understand from officials he was on a flight originating in Anchorage, transiting through Minneapolis and landing in Ft. Lauderdale.”

Meanwhile, authorities are looking into what event may have set off the unstable Santiago.

Law enforcement sources said the suspected gunman in a deadly attack at Fort Lauderdale-Hollywood International Airport got into an argument during his flight from Alaska to Florida. They’re now investigating whether that’s what set off a shooting rampage CBS reports.

Esteban Santiago-Ruiz, 26, took a flight from Alaska to Florida Friday with a stop in Minnesota, officials said. Somewhere along the way, he got into an argument.

According to Broward Commissioner Chip LaMarca, Santiago-Ruiz arrived from a flight with a gun that he checked in. “He claimed his bag and took the gun from baggage and went into the bathroom to load it. Came out shooting people in baggage claim,” LaMarca said.

Earlier reports claimed Santiago-Ruiz came in on a flight from Canada. On the company’s Twitter account, Air Canada confirmed that no one by that name was on their flight. Air Canada flights arrive to Terminal 2, where the shooting took place.

Police were able to apprehend the suspect without having to fire their own weapons when he apparently ran out of bullets.

Gibraltar Frees Iran Tanker After US Tries To Prevent It

US sought to have Gibraltar give the tanker to them. Gibraltar has decided that they intend to release the Grace 1, an Iranian oil tanker seized by British forces in early July. That release happened Thursday in spite of the US legal efforts, though the Grace 1 has not actually left port yet.  It’s not Read More…

Scientists are quickly discovering health benefits associated with compounds found in cannabis plants, particularly the cannabinoids. CBD is one of the cannabinoids in cannabis. It’s non-pyschotropic meaning that it does not result in the euphoria that is seen with some other strains of cannabis. However, it is considered psychoactive in that it is able to Read More…

After Venezuela’s Election, U.S. And Allies Turn Up Heat – A Coup Could Be Ahead

The Trump administration has described Sunday’s constituent assembly election in Venezuela as “another step toward dictatorship,” despite high voter turnout and little evidence that the assembly will dissolve the country’s legislature. Will Venezuela be the CIA’s next regime change target? CARACAS — According to the U.S., its allies, and an ever-obedient mainstream media, Venezuela’s election this Read More…