On Friday, January 15th, the United States government made its first official move against the armed militia in Oregon that has occupied a local wildlife refuge. When 62 year-old occupier Kenneth Medenbach drove a government vehicle off the refuge to get groceries at a local Safeway, he was met with a cluster of law enforcement and arrested with charges of unauthorized use of a government vehicle. The fundamental basis of this militia’s occupation has remained in heavy speculation, with debatably few advocates. Idealists claim that situations of these type should never have to happen, and the Alternative Media has remained heavily speculative about the true intentions of the militia; questioning whether the militia is led by some sort of mogul’s dollar. Those who agree that the Surveillance State needs to be disassembled, largely feel that this Oregon militia hasn’t gone about it methodically enough–they may have jumped the gun and could pay dearly for it. 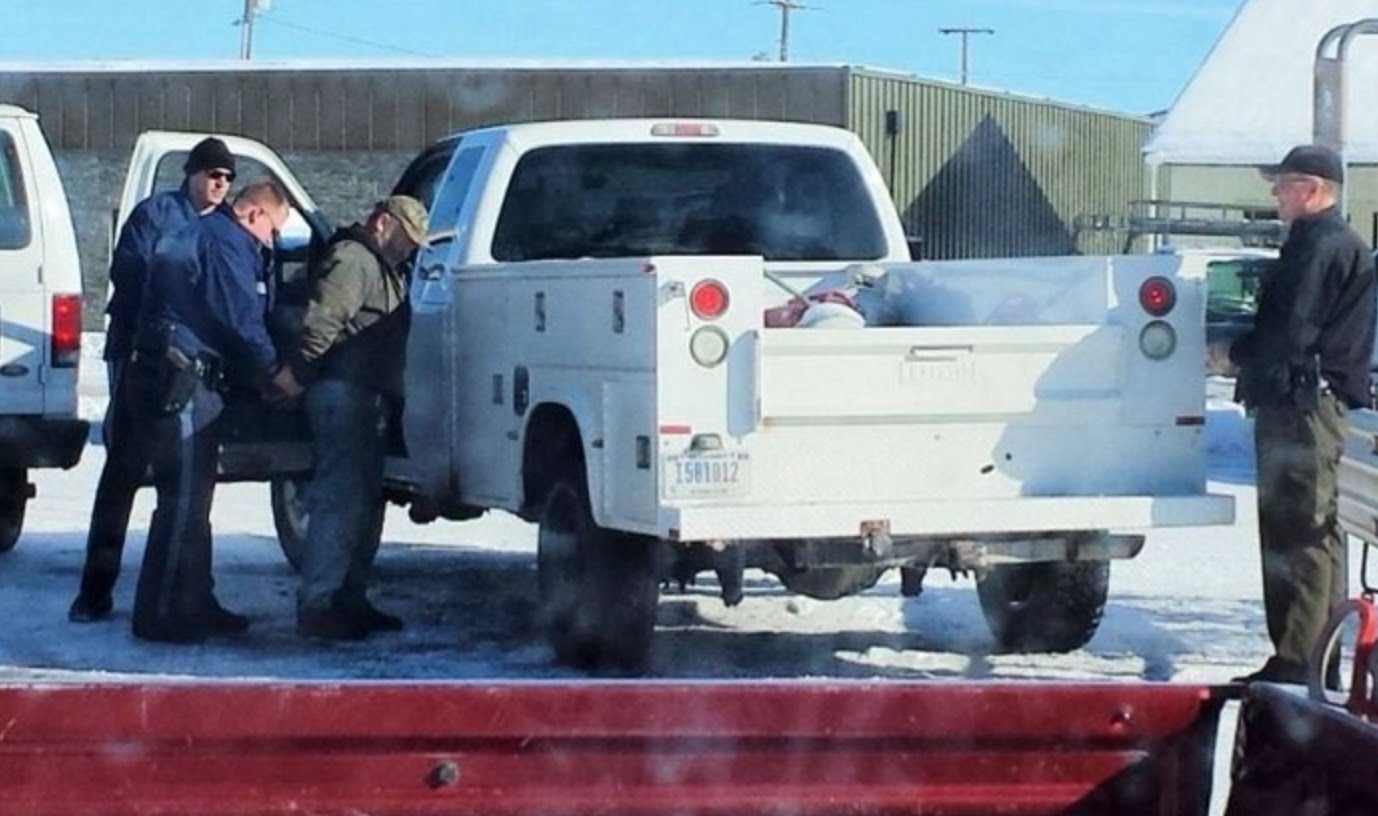 In any case, when the militia recently asked via the internet for donations to their cause in the form of supplies and food to help sustain themselves, these requests were met with packages of a variety of lubricants, nail polish, sex toys, and more items of the variety in an astonishing quantity. In many ways, Kenneth Medenbach’s arrest can be seen as some quick brain-storming from the authorities, likely alluding to the fact that the situation is going to reach a “boiling point,” and soon. Law enforcement has thus far remained at monitoring distance, about 30 miles south of the refuge, and while their claims to attempt to avoid confrontation seem a rational-enough explanation, it certainly smells a little fishy.

Furthermore, Medenbach has only formally received his vehicular charge, but as seen in a quote taken from The Guardian,

“This is not Medenbach’s first tangle with the law. He is currently out on bail, according to court documents, awaiting trial for a seven-month residential occupation of government land between May and November 2015.”

Perhaps it is too soon to say that authorities have finalized their allegations against Medenbach, but it certainly seems like they are holding some of their punches.

With this militia also claiming that they will not leave until two Harney county locals are released from prison on arson charges (which are allegations that are seen as questionable to many of the locals due to an ongoing battle with the Bureau of Land Management), it is beginning to seem like they have possibly bitten off more than they can chew. If it was necessary to send a fellow militia member to the wolves in an effort to get supplies, it would seem likely that the group will be unable to wait out any sort of arson charges, let alone a long-term occupation of this wildlife refuge. However, if nothing else, their advocation of the de-centralization and admonishment of the Surveillance State is commendable, and that principle in and of itself was reason enough for the local Fire Marshal to resign in protest and join the militia’s ranks.

CIA Teams Up With Defense Industry To Undermine Korea Negotiations

In a new development that will shock no one, factions within the CIA attempted for the second time in just over a month to undermine President Trump’s peace overtures towards North Korea by leaking information calculated to decrease confidence in Kim Jong Un’s willingness to earnestly negotiate. On June 29, 2018, NBC News released a report quoting Read More…

Brainwashing Tactics Uses By Media to Manipulate the Public Revealed

Our reality is carefully constructed by powerful corporate, political and special interest sources in order to covertly sway public opinion. Blatant lies are often televised regarding terrorism, food, war, health, etc. They are fashioned to sway public opinion and condition viewers to accept what have become destructive societal norms. The practice of manipulating and controlling Read More…

Welcome to The Daily Wrap Up, a concise show dedicated to bringing you the most relevant independent news, as we see it, from the last 24 hours (3/25/19). As always, take the information discussed in the video below and research it for yourself, and come to your own conclusions. Anyone telling you what the truth Read More…