Pentagon Admits to Using Domestic Drones to Spy on Americans

The topic of drone use is a very new subject and it is one surrounded by controversy in this country, and it is not hard to see why. According to reports released by The Intercept, the clandestine strikes being executed by the current administration, at a rate ten times the previous President, have unintended casualties 90% of the time, often women, children and civilians. Ryan Devereaux, a journalist with the Intercept, reported that

Despite this information quickly becoming public knowledge, the frequency with which the US employs its fast and loose execution, has not seemed to diminish, as 150 people were just killed recently in Somalia by way of drone strike; a country the US is not currently at war with.

With its foreign policy under increased scrutiny, the Pentagon inspector general was forced to make public a report showing how it has deployed drones to spy over U.S. territory for non-military missions over the past decade; casting its domestic policy into question as well. This was released under a Freedom of Information Act request. According to the report, domestic spy drones on non-military missions have occurred fewer than 20 times between 2006 and 2015 and always in compliance with existing law.

The inspector general analysis was completed March 20, 2015, yet it was only quietly released last Friday. A senior policy analyst for the ACLU, Jay Stanley, said it is good news no legal violations were found, yet the technology is so advanced that it’s possible laws may require revision, according to USA Today.

“Sometimes, new technology changes so rapidly that existing laws no longer fit what people think are appropriate,” Stanley said. “It’s important to remember that the American people do find this to be a very, very sensitive topic.”

The very Orwellian idea of ones government spying on its own citizens from on high, is unsettling to say the least, which makes quite clear why this was kept a secret, despite the claims of no laws being broken. The report did not provide any details on the domestic missions in question, so it is left to the American people to take the word of the very men executing foreign civilians and secretly spying on its own.

“The appetite to use them (spy drones) in the domestic environment to collect airborne imagery continues to grow, as does Congressional and media interest in their deployment,” stated the report, quoting a military law review article.

The use of unmanned aerial surveillance (UAS) drones used domestically surfaced in 2013 when the current FBI director Robert Mueller testified before Congress about their use, but claimed it was in a “very,very minimal way, very seldom.” 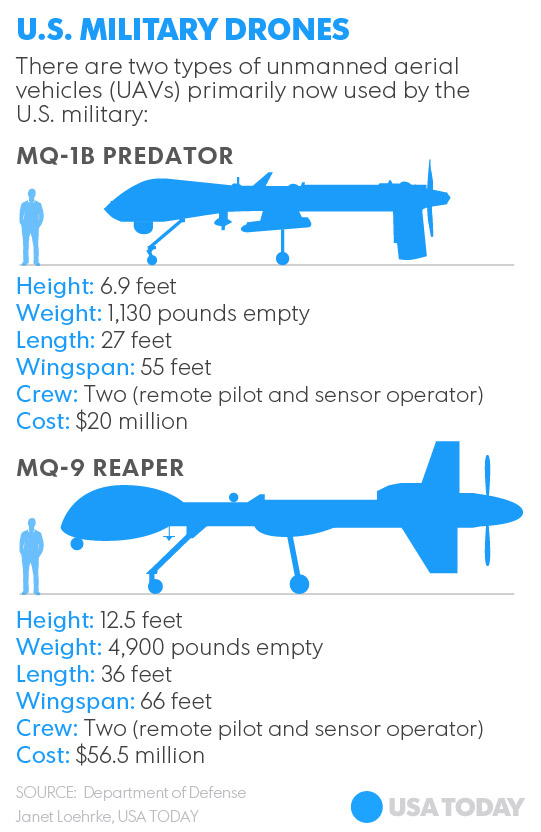 According to the report, “Multiple units told us that as forces using the UAS capabilities continue to draw down overseas, opportunities for UAS realistic training and use have decreased,” yet as Americans have become acutely aware, that is not the case. In fact, its quite the opposite. Drone usage overseas has not only not been reduced, it has skyrocketed under the current administration. Just last year, the Pentagon announced that they had plans to sharply expand the number of U.S. drone flights over the next four years, giving military commanders access to more intelligence and greater firepower to keep up with a sprouting number of global hot spots.

Just before the general inspector report was completed, over a year ago, clearly in anticipation of its release, the Pentagon issued a new policy in regards to the use of spy drones.

“It requires the defense secretary to approve all domestic spy drone operations. It says that unless permitted by law and approved by the secretary, drones “may not conduct surveillance on U.S. persons.” It also bans the use of armed drones over the United States for anything other than training and testing.”

Once again, the America people are left no option but to trust their word. So as long as its only a training mission drone and not one intended to spy on Americans, then there is no legal issue. The average citizen can no doubt tell the difference.