Yesterday we witnessed one of the greatest Facebook account and page purges since its formation over a decade ago. In total, 559 pages and 251 personal accounts were instantly removed from the platform, for having “consistently broken our rules against spam and coordinated inauthentic behavior” according to Nathaniel Gleicher, Facebook’s Head of Cybersecurity and former White House National Security Council Director of Cybersecurity Policy under Obama. This is but one of similar yet smaller purges that have been unfolding in front of our eyes over the last year, all in the name of fighting “fake news” and so called “Russian propaganda”.

What very few people know though, is that about 5 months ago, Facebook announced that is was officially partnering with the Atlantic Council in the form of an “election partnership […] to prevent [their] service from being abused during elections.” Indeed, the US midterm elections are only a couple of weeks away, so the Atlantic Council and its Digital Forensic Research Lab are now going at it with full force, closing facebook accounts left and right that they personally deem could be fake accounts, or accounts spreading misinformation, based on very shady criterias.

One doesn’t need to look far to understand who the Atlantic Council are and what they stand for : it is a think tank essentially funded by NATO, weapons manufacturers, Middle-Eastern oil-state monarchies, billionaires and different branches of the US military. In short, it has been described as being nothing less than NATO’s unofficial propaganda wing. The Atlantic Council doesn’t shy away from its political intents across the world, which can be seen solely by looking at who sits on its directors board – the crème de la crème when it comes to US neocons & war criminals: Henry Kissinger, Condoleezza Rice, Frank Carlucci, James A. Baker, R. George P. Shultz, James Woolsey, Leon Panetta, Colin Powell, Robert Gates, and many more.

Needless to say, the Atlantic Council has been on the same side as every single war and conflict engendered by US and NATO imperialism over the last 50 years, and has itself played a role in abusing democratic elections around the world as well as spreading propaganda and misinformation both in home countries and abroad to achieve its political means. 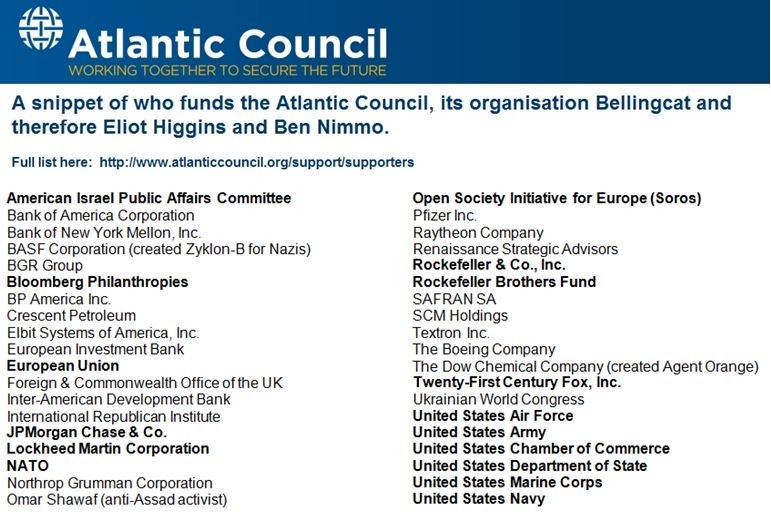 Hence, it should come as no surprise that when the Atlantic Council’s Digital Forensic Research Lab gets down to work weeks before the upcoming midterms, it has little intention of putting a stop to actual disinformation groups and rather silences those that speak a message opposing their own. Many of the pages and accounts taken down have been political (often leftist), anti-war, independent journalists and media outlets that are known to go against the grain of mainstream media outlets. Anti-Media (antimedia.com), a reputable source of independent journalism, saw its page with over 2 million followers taken down overnight with no concrete explanation as to why. Shortly after, Twitter decided to take them down as well, as well as Carey Wedler‘s (editor at Anti-Media) own personal account for literally no reason: 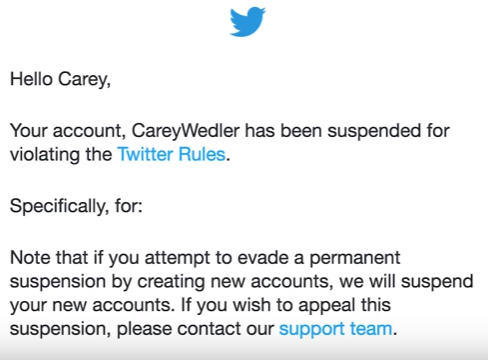 Many of the pages taken down had already been targeted back in 2016 by the McCarthyist webpage PropOrNot.not, endorsed by the Washington Post, in an effort to arbitrarily mark pages that they believe somehow are connected to Russian propaganda efforts. Already back then it was clear that many of the pages targeted by PropOrNot were leftist, anti-war pages, and almost none of them had anything to do with Russia whatsoever. The Washington Post finally later on retracted their article endorsing PropOrNot, but this didn’t help the fact that these websites had now already been flagged as propaganda by many.

Other pages taken down are The Free Thought Project, also an anti-war critic of establishment politics with around 3.1 million followers on Facebook. RT Reporter Rachel Blevins with 70.000 followers on facebook and investigative journalist Dan Dicks with 350.000 followers also both saw their accounts taken down overnight – both were very critical of mainstream journalism. These are but some of the many accounts affected, with certain accounts on the fringe far right also targeted. Facebook has suffered great pressure lately from Congress for its apparent role in the outcome of the 2016 presidential election, being blamed for not having taken on enough active measures to fight the spread of fake news. Under such pressure it is not surprising that Facebook choses to cooperate with a congress-approved think tank – the Atlantic Council -, and basically give them a free hand to censor as much as they want, in order for themselves to avoid any future heat from the US government. This can be argued as to seriously stain the name of Facebook as an independent social media platform, if it is going to bend down to any unreasonable demands coming from the US government.

In the name of fighting fake news and targeting “inauthentic behavior” and “misleading users”, Facebook has essentially indulged in what was in 1934 Germany called the “Gleichschaltung” of the media – a synchronized outphasing of dissident voices in the media and a consolidation of political opinions. The internet has traditionally always been a bastion of free speech, and it is hence not surprising that those in power seek to undermine its ability to openly criticize the powerful. The truth does not do them favor, hence they would rather not have it expressed too far and wide – something that the internet has otherwise made possible. Given that censorship is still extremely frowned upon by the general public, doing so (just like when seeking to sell a war) requires the majority of people to approve of it. The fight against fake news and foreign propaganda efforts has done just that : it has given those in power a pretext to openly censor dissident voices all while being praised in the making for so-called “safeguarding western democracies”. More of the same behavior can be expected from both Facebook and Twitter in the future, and we cannot expect major media outlets like The New York Times,The Washington Post, CNN or MSNBC to stand up against it. After all, many of these censored independent medias are the only actors left who dare hold the mainstream media into account for their role as mere propaganda outlets of the establishment.

Jonathan Sigrist is a student at the University of Tromsø in Northern Norway, currently studying the geopolitical, environmental, cultural and economic relations between the Arctic nations (The US, Canada, Russia, Norway, Finland, Sweden, Denmark/Greenland and Iceland), as well as the future of the Arctic’s role in global politics. He has lived in Denmark, Sweden, Finland and France, and is a fervent observer and critic of US foreign policy.

Child ‘Victim’ Of Alleged Syrian Gas Attack Speaks Out, Says He Was Given Food To Make The Video

Incredible and bombshell testimony from a young boy who appeared on film during the alleged “chemical attack” in Syria this month, claims there was no attack and he went through the process of getting hosed off just to get free food. (TFTP) In the weeks since the alleged chemical weapons attack in Douma, Syria, evidence Read More…

Nicolás Maduro was successfully re-elected president of Venezuela on Sunday, receiving 5.8 million of the 8.6 million ballots cast, on a turnout of 46 percent. His nearest challenger, Henri Falcon, received 1.8 million votes. The process was watched over by 150 international observers from over 30 countries, among them former Spanish Prime Minister José Luis Read More…