Equifax has taken one of its web pages offline as its security team looks into reports of another potential cyber breach, the credit reporting company, which recently disclosed a hack that compromised the sensitive information of 145.5 million people, said on Thursday.

“We are aware of the situation identified on the equifax.com website in the credit report assistance link,” Equifax spokesman Wyatt Jefferies said in an email.
“Our IT and security teams are looking into this matter, and out of an abundance of caution have temporarily taken this page offline.”

As CBC reports, the move came after an independent security analyst on Wednesday found part of Equifax’s website was under the control of attackers trying to trick visitors into installing fraudulent Adobe Flash updates that could infect computers with malware, the technology news website Ars Technica reported.

When I clicked it (from Gmail on Android) I was redirected to a spam page shortly after seeing the Equifax credit file form.

I thought maybe it was an anomaly because it didn’t happen again. But after reading your article about how sometimes hacks will redirect randomly I tried the link again just now and sure enough I got a spam page again (lucksupply.club saying I won an iPhone X). This is Chrome-in-a-tab from Gmail so i don’t believe there’s any extensions or other malware on my device that could have caused this redirect. 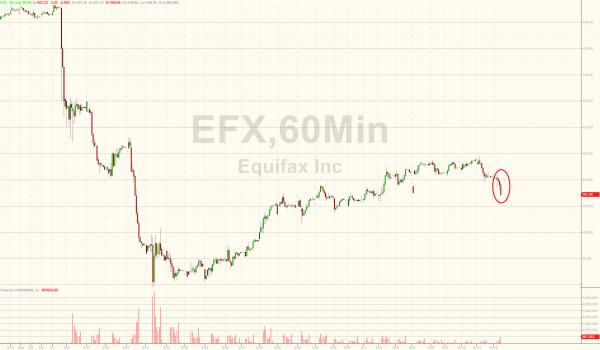 The Trump Administration Is Attempting To Block Testimony On CIA Torture

President Trump has invoked state secrets privilege in an effort to prevent the two psychologists who created the CIA’s torture program from testifying in court. The lawsuit against the two architects of the Central Intelligence Agency’s torture program has dragged on for nearly two years, with the CIA attempting to limit or completely block attempts to hold the Read More…

The FBI has given immunity to five Clinton aides for no apparent reason other than to shield the Clinton oligarchy from the law. Corruption has become one of the few areas in which there is transparency in government. (H/T to Liberty Pen)

A preliminary report published Friday by the Organization for the Prohibition of Chemical Weapons (OPCW) found no traces of any nerve agent at the site of a suspected chemical attack in the Syrian city of Douma. The OPCW report states this unambiguously as follows: “No organophosphorous nerve agents or their degradation products were detected in Read More…