Plastic, which was once regarded as convenient and versatile, has actually become one of the biggest environmental problems of our time. Over the last 50 years, we’ve increased the amount of plastic waste 12 fold. Typically plastics are made by using non-renewable resources, and most plastics are non-biodegradable, which means they will be around for centuries. The ingredients used to make plastics, such as petrochemical bisphenol A (BPA) and bisphenol S (BPS), have been linked to a wide range of serious adverse health effects.

“Plastic pollution is a major global phenomenon that has crept up on us over the decades, and it really requires a global and comprehensive solution that includes systemic rethinks about usage and production.” – Doug Woodring, Plastic Disclosure Project (Source: New York Times)

Plastic bags are another concerning issue. Over 1 trillion plastic bags are produced in the world each year. We use them for everything – from carrying groceries, to packing beauty products in our luggage, to storing foods in our refrigerator, and they have made our life much more convenient. Yet, the price for this convenience is astounding. The infographic below, produced by Arte IDEAS, will give you an idea of the impact plastic bags have on the environment:

The impact of plastic has been most detrimental to the world’s waterways. Environmental organizations estimate that about 7 million tons of plastic end up in the seas and oceans each year, polluting beaches even on islands, killing off precious and rare native species.

…the E.U. commissioner for maritime affairs and fisheries, Maria Damanaki, has said that pollution in the Mediterranean Sea has reached “alarming proportions.” (Source: New York Times)

One of the most harrowing examples the devastation already to the Midway Islands, home of the majestic albatross and one of the most remotest places on earth. 2000 miles from another continent, this little oasis is ground zero for the plastic apocalypse and this once pristine group of islands is now a frightening and gruesomely real sign of how plastics choke the life out of an eco-system.

Once in our seas and oceans, plastics break down info smaller fragments, and as the fragments get smaller, more marine life is able to ingest them and suffer consequences such as illness or death. We also suffer considering that we are contaminating a major food source. “One study found that fish in the North Pacific ingest as much as 24,000 tons of plastic debris a year.” (Source: New York Times)

The situation is of dire need of our attention, which makes young inventor, Boyan Slat’s, recent invention so inspiring. Boylan has designed an Ocean Cleanup Array, which he claims could remove up to 7+million tons of plastic waste from our oceans.

The device consists of an anchored network of floating booms and processing platforms that could be dispatched to garbage patches around the world. Instead of moving through the ocean, the array would span the radius of a garbage patch, acting as a giant funnel.

Slat went on to found The Ocean Cleanup Foundation, a non-profit organization which is responsible for the development of his proposed technologies. His ingenious solution could potentially save hundreds of thousands of aquatic animals annually, and reduce pollutants (including PCB and DDT) from building up in the food chain. It could also save millions per year, both in clean-up costs, lost tourism and damage to marine vessels.

Here is Boylan at TEDxDelft, in an effort to grow funding for his project:

Even though Boylan’s invention is a long way from development and barely scratches the surface of the necessary clean-up efforts, it does offer us a potential tool for helping to clean up this catastrophe. It also shows us how heavily invested the youth of today are in the future.

The problem with plastic will not go away without raising the awareness of all people. Inventive minds such as Boylan Slat are a ray of hope for a solution, but without a great change in people’s everyday awareness and attitudes, not much can be done to stop this.

Cutting out plastic completely is probably impossible in this day and age, but perhaps we can all make an effort to use a bit less. In many countries, health food stores allow you to bring your own packaging to purchase items from food bins, versus buying everything prepackaged in plastic bags and containers. Even certain cities, such as Austin, Texas USA, are starting to ban use of grocery plastic bags in supermarkets. Here is a nice list of 10 simple steps to help you stop using plastic. 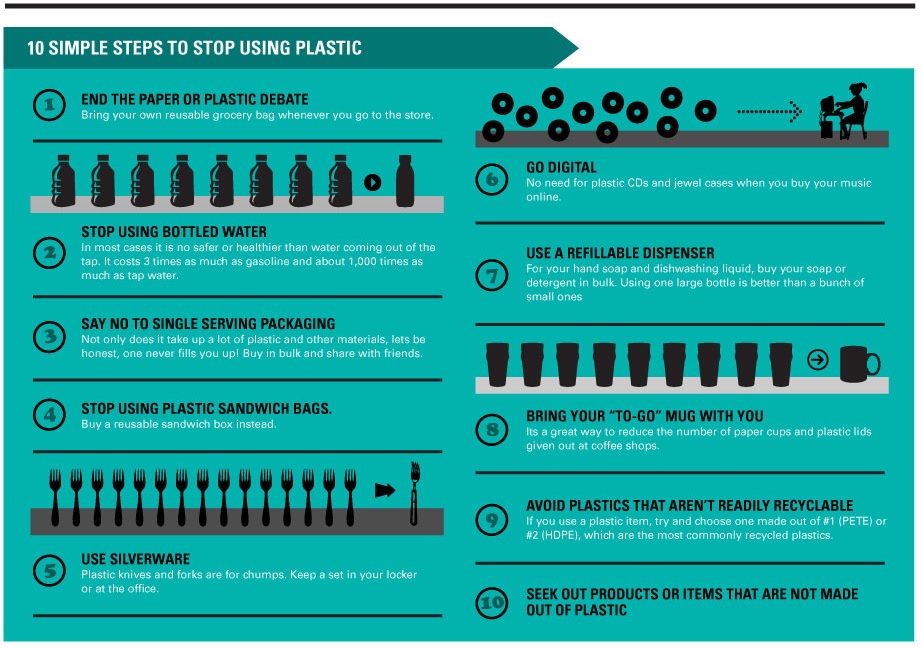 As an “aware” citizen, I thought to myself, “How could I really have such a significant impact…? I don’t even use all that many plastic bags anyway.” And then I started to pay attention.

Try it for a month. Pay close attention to just how many plastic items you buy, discard, recycle, and reuse. As you do this, you’ll want to reuse and recycle, because you will quickly notice that each and every one of us buys and discards an exorbitant amount of plastic.

Support companies and stores that are more environmentally conscious in regard to packaging and distributing foods and products. Buy plastics made out of organic polymers, making them biodegradable, considering prices of these plastics are become more competitive. Be an aware shopper – our oceans, the living beings inside them, the planet – all need more kindness and awareness from us if they are to survive.

Multiple Catholic Priests Expose The Practice Of Satanism Within The Vatican

The works of multiple scholars, from Plato to Manly P. Hall and further down the line, suggest it is essentially the use of rituals and techniques to invoke and control “spirits” or lifeforms that could be existing within other dimensions or worlds. For example, according to Hall, “a magician, enveloped in sanctified vestments and carrying a Read More…

The Piss Test Heard ‘Round the World: 150 European Parliament Members to Test Urine for Glyphosate

European Union — You can call it a political move, or one of the most clinically solid ways to prove there is far too much of Monsanto’s RoundUp in the world, but this week 150 Members of the European Parliament (MEPs) will have their urine tested for traces of glyphosate in an effort to decommission one of Read More…