As rumors swirl that Special Counsel Robert Mueller is preparing a case against Russians who are alleged to have hacked Democrats during the 2016 election – a conclusion based solely on the analysis of cybersecurity firm Crowdstrike, a Friday op-ed in the Washington Times by retired U.S. Navy admiral James A. Lyons, Jr. asks a simple, yet monumentally significant question: Why haven’t Congressional Investigators or Special Counsel Robert Mueller addressed the murder of DNC staffer Seth Rich – who multiple people have claimed was Wikileaks’ source of emails leaked during the 2016 U.S. presidential election?

Mueller has been incredibly thorough in his ongoing investigations – however he won’t even respond to Kim Dotcom, the New Zealand entrepreneur who clearly knew about the hacked emails long before they were released, claims that Seth Rich obtained them with a memory stick, and has offered to provide proof to the Special Counsel investigation.

Let me assure you, the DNC hack wasn’t even a hack. It was an insider with a memory stick. I know this because I know who did it and why. Special Counsel Mueller is not interested in my evidence. My lawyers wrote to him twice. He never replied. 360 pounds!https://t.co/AGRO0sFx7s https://t.co/epXtv0t1uN

I knew Seth Rich. I know he was the @Wikileaks source. I was involved. https://t.co/MbGQteHhZM

On May 18, 2017, Dotcom proposed that if Congress includes the Seth Rich investigation in their Russia probe, he would provide written testimony with evidence that Seth Rich was WikiLeaks’ source.

In addition to several odd facts surrounding Rich’s still unsolved murder – which officials have deemed a “botched robbery,” forensic technical evidence has emerged which contradicts the Crowdstrike report. The Irvine, CA company partially funded by Google, was the only entity allowed to analyze the DNC servers in relation to claims of election hacking:

Is it true the DNC would not allow the FBI access to check server or other equipment after learning it was hacked? Can that be possible?

Notably, Crowdstrike has been considered by many to be discredited over their revision and retraction of a report over Russian hacking of Ukrainian military equipment – a report which the government of Ukraine said was fake news.

Ministry of Defence of Ukraine asks journalists to publish only verified information received from the competent official sources. Spreading false information leads to increased social tension in society and undermines public confidence in the Armed Forces of Ukraine. –mil.gov.ua (translated) (1.6.2017)

CrowdStrike has retracted statements it used to buttress claims of Russian hacking https://t.co/8AZOvoQl0K

In fact, several respected journalists have cast serious doubt on CrowdStrike’s report on the DNC servers:

Pay attention, because Mueller is likely to use the Crowdstrike report to support the rumored upcoming charges against Russian hackers.

Also notable is that Crowdstrike founder and anti-Putin Russian expat Dimitri Alperovitch sits on the Atlantic Council – which is funded by the US State Department, NATO, Latvia, Lithuania, and Ukranian Oligarch Victor Pinchuk. Who else is on the Atlantic Council? Evelyn Farkas – who slipped up during an MSNBC interview with Mika Brzezinski and disclosed that the Obama administration had been spying on the Trump campaign:

The Trump folks, if they found out how we knew what we knew about the Trump staff dealing with Russians, that they would try to compromise those sources and methods, meaning we would not longer have access to that intelligence. –Evelyn Farkas

“The facts that we know of in the murder of the DNC staffer, Seth Rich, was that he was gunned down blocks from his home on July 10, 2016. Washington Metro police detectives claim that Mr. Rich was a robbery victim, which is strange since after being shot twice in the back, he was still wearing a $2,000 gold necklace and watch. He still had his wallet, key and phone. Clearly, he was not a victim of robbery,” writes Lyons.

Another unexplained fact muddying the Rich case is that of a stolen 40 caliber Glock 22 handgun that was taken from an FBI agent’s car the same day Rich was murdered. D.C. Metro police said that the theft occurred between 5 and 7 a.m., while the FBI said two weeks later that the theft had occurred between Midnight and 2 a.m. – fueling speculation that the FBI gun was used in Rich’s murder.

“According to Ed Butowsky, an acquaintance of the family, in his discussions with Joel and Mary Rich, they confirmed that their son transmitted the DNC emails to Wikileaks,” writes Lyons.

While Wheeler initially told TV station Fox5 that proof of Rich’s contact with WikiLeaks lies on the murdered IT staffer’s laptop, he later walked the claim back – though he maintained that there was “some communication between Seth Rich and WikiLeaks.”

Wheeler said that brother Aaron Rich tried to block Wheeler from looking at Seth’s computer, even though there could be evidence on it. “He said no, he said I have his computer, meaning him,” Wheeler said. “I said, well can I look at it?…He said, what are you looking for? I said anything that could indicate if Seth was having problems with someone. He said no, I already checked it. Don’t worry about it.”

Aaron also blocked Wheeler from finding out about who was at a party Seth attended the night of the murder.

“All I want you to do is work on the botched robbery theory and that’s it,” Aaron told Wheeler –Big League Politics

Perhaps the most stunning audio evidence, however, comes from leaked audio of a recorded conversation between Ed Butowsky and Pulitzer Prize winning investigative journalist Seymour Hersh, who told him of a “purported FBI report establishing that Seth Rich sent emails to WikiLeaks.” 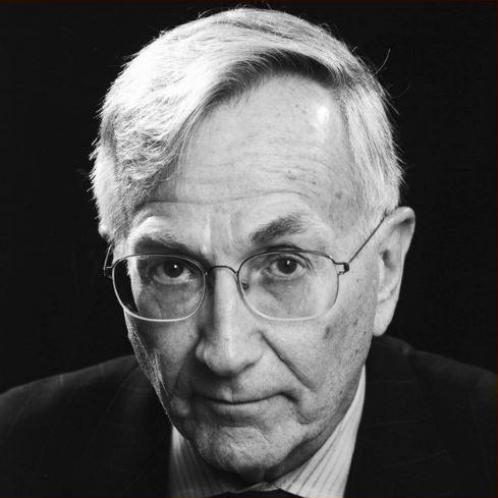 As transcribed and exclusively reported on by journalist Cassandra Fairbanks last year:

What the report says is that some time in late Spring… he makes contact with WikiLeaks, that’s in his computer,” he says. “Anyway, they found what he had done is that he had submitted a series of documents — of emails, of juicy emails, from the DNC.”

Hersh explains that it was unclear how the negotiations went, but that WikiLeaks did obtain access to a password protected DropBox where Rich had put the files.

“All I know is that he offered a sample, an extensive sample, I’m sure dozens of emails, and said ‘I want money.’Later, WikiLeaks did get the password, he had a DropBox, a protected DropBox,” he said. They got access to the DropBox.”

Hersh also states that Rich had concerns about something happening to him, and had

“The word was passed, according to the NSA report, he also shared this DropBox with a couple of friends, so that ‘if anything happens to me it’s not going to solve your problems,’” he added. “WikiLeaks got access before he was killed.”

Hersh also told Butowsky that the DNC made up the Russian hacking story as a disinformation campaign – directly pointing a finger at former CIA director (and now MSNBC/NBC contributor) John Brennan as the architect.

I have a narrative of how that whole f*cking thing began. It’s a Brennan operation, it was an American disinformation, and the fu*kin’ President, at one point, they even started telling the press – they were backfeeding the Press, the head of the NSA was going and telling the press, fu*king c*cksucker Rogers, was telling the press that we even know who in the Russian military intelligence service leaked it.

Hersh denied that he told Butowsky anything before the leaked audio emerged, telling NPR “I hear gossip… [Butowsky] took two and two and made 45 out of it.”

As we mentioned last week, Dotcom’s assertion is backed up by an analysis done last year by a researcher who goes by the name Forensicator, who determined that the DNC files were copied at 22.6 MB/s – a speed virtually impossible to achieve from halfway around the world, much less over a local network – yet a speed typical of file transfers to a memory stick.

Last but not least, let’s not forget that Julian Assange heavily implied Seth Rich was a source:

Given that a) the Russian hacking narrative hinges on Crowdstrikes’s questionable reporting, and b) a mountain of evidence pointing to Seth Rich as the source of the leaked emails – it stands to reason that Congressional investigators and Special Counsel Robert Mueller should at minimum explore these leads.

As retired U.S. Navy admiral James A. Lyons, Jr. asks: why aren’t they?

Iran Sentences US Citizen To 10 Years For Spying

With diplomatic relations between the US and Iran – a state Donald Trump has repeatedly accused of being a “state sponsor of terrorism” – already near rock bottom, on Sunday they took another turn for the worse after a United States citizen accused of “infiltration” in Iran was sentenced to 10 years in prison. “This Read More…

What To Really Expect From The Government Shutdown

It’s deja-vu all over again, as baseball legend Yogi Berra might have said. The politicians and media are telling us the world is coming to an end because a “compromise” could not be made at the 11th hour to keep the Federal government in business. Republicans blame Democrats for the shutdown over their insistence on Read More…

When Life Gives You Lemons, Get a Permit, an Inspection, Insurance…and Make Lemonade

Little Anabelle Lockwood has the spirit of an entrepreneur. When the 10-year-old Orange County, California resident wanted to make some money, she decided to take an old-fashioned route. She started a lemon-aid stand. And then, as often happens to self-employed people in America, it all went downhill when the government got involved. How it all Read More…