Rumors are again swirling of an impending false flag chemical weapons attack in Syria, just as they did shortly before the highly suspicious Douma case in April. Warnings from Syrian and Russian intelligence, as well as US war ship movements and an uptick in US funding for the Al Qaeda propaganda firm known as the White Helmets, give these warnings a fair bit of weight. Since the US war machine has both a known regime change agenda in Syria and an extensive history of using lies, propaganda and false flags to justify military interventionism, there’s no legitimate reason to give it the benefit of the doubt on this one. These warnings are worth taking seriously.

So some people are understandably nervous. The way things are set up now, it is technically possible for the jihadist factions inside Syria and their allied imperialist intelligence and defense agencies to keep targeting civilians with chemical weapons and blaming the Assad government for them until they pull one off that is so outrageous that it enables the mass media to manufacture public support for a full-scale assault on Damascus. This would benefit both the US-centralized empire which has been plotting regime change in Syria for decades and the violent Islamist extremists who seek control of the region. It also creates the very real probability of a direct military confrontation with Syria’s allies, including Russia.

The lunatics who brought us to the brink of nuclear war with #Russia back in April may be rallying for another go at Armageddon in #Syriahttps://t.co/dqhFn7L0rd

The United States and its allies started the war in Syria. The narrative that it was an organic uprising brutally attacked by the Assad government is a lie. There is no reasonable doubt about this. The former Prime Minister of Qatar said on television that the US and its allies were involved in the Syrian conflict from the very beginning. A WikiLeaks cable and a declassified CIA memo both show the US government plotting to provoke an uprising in Syria exactly as it occurred, years before it happened. Former Foreign Minister of France Roland Dumas stated that he was informed that the UK was engineering an uprising in Syria two years before the violence erupted in 2011, and General Wesley Clark stated that there were Pentagon plans to take out the Syrian government in 2001. Shortly after the violence started President Obama secretly authorized the arming and training of violent extremist factions for the overthrow of Assad in a CIA program code named Timber Sycamore, which along with Saudi finances has wound up aiding some of the most evil terror groups ever to exist.

Six hundred thousand Syrians have lost their lives as a result of this regime change intervention, many of those lives ending in the most horrific ways imaginable at the hands of depraved jihadists. It was planned, and the people who planned it have names and addresses. They deserve to be punished to the fullest extent of the law for what they did. We should all be loudly demanding war crimes tribunals and life imprisonment for these vicious criminals.

We need a major adjustment of our emotional posture on this issue. We shouldn’t be sitting around nervously hoping Trump pulls US troops out and western-backed terror groups don’t stage another chemical attack, we should be screaming at these bastards to get their murderous tentacles out of that poor war-torn country immediately. We shouldn’t be meekly trying to justify our skepticism of the establishment Syria narrative while snide Guardian op-eds inform us that we are not permitted to think such things. We know that we are right. We know what these evil monsters did. We should be shouting the imperialists down, not the other way around.

The same depraved sociopaths who raped Iraq are presently raping Iraq’s next-door neighbor Syria for the exact same reasons. They were wrong then. They are wrong now. We should be much more angry and aggressive in pushing back on their pernicious pro-interventionism narratives. There is no excuse for any faction of the western empire to be anywhere inside of that nation’s borders. Out. Now.

Much like medicine, anger can do more harm than good when used improperly. Channeled in a wholesome, conscious direction, however, it can be an indispensable tool for driving out the toxic influence of manipulators and exploiters.

The social engineers who manufacture the narratives which are dispensed to the mass media and repeated as fact to unsuspecting audiences rely heavily on the tactic of generating sympathy. Sympathy opens people up and allows narratives to be imbued with the power of belief in a way that bypasses skepticism and critical thinking. This is why the users and abusers you have known in your personal life are always telling stories about how much wrong has been done to them, or even going out of their way to make themselves look helpless and pathetic; if they can suck you in with sympathy, they can get you to buy into the other stories they need you to believe about who they are, who you are, what your relationship to them is, and how much money/resources/affection/sex/forgiveness you should give them.

The propagandists understand this dynamic all too well. They used people’s emotional reaction to 9/11 to manufacture support for not one but two full-scale ground invasions. They circulate pictures of dead children whenever their deaths can be blamed on a longtime target of western imperialism, but never when their deaths are caused by western imperialism. Today the narratives most prolifically circulated by proponents of regime change interventionism in Syria are almost entirely emotional in nature, consisting of nothing more than constant repetition of nonsensical talking points about civilians being brutalized by a sadistic dictator in various ways for no apparent reason. This is all to generate sympathy in order to bypass people’s skepticism of pro-interventionist narratives.

Anger is sympathy poison. It kills the sympathy you are feeling toward the narratives being promoted by those you are angry with, thus allowing you to see things clearly and eject them like the parasites they are. This is a very useful tool for dealing with the manipulators and exploiters in your personal life, and it is equally useful for the manipulators and exploiters who control western society with money, media manipulation, intelligence agency operations and brute military force. Creating momentum for widespread rage at those who unleashed the horrors inflicted upon the Syrian people immunizes the public from toxic war propaganda narratives by that much.

Six hundred thousand human lives. The chaotic violence which ended them was planned, orchestrated and overseen by the same multinational power establishment whose media propaganda machine has been singing us a seven-year lullaby keeping us from questioning the ongoing military presence and interventionism in that nation and steering us away from seeking justice for those responsible for all that death. If anyone is deserving of our loud, lullaby-shattering howling rage, it is these people.

And of course we will be fought tooth and claw on this by the US-centralized power establishment; no one is going to give us permission to do this. They will do everything they can to maintain control of the narrative and the veil of government opacity which shrouds those responsible for their Syria atrocities. But we will be attacking, which means that they will be forced to defend against those attacks. Rather than playing defensive and trying to justify our right to be skeptical while praying that there isn’t a devastating false flag attack in the illegally-occupied nation of Syria, we should be putting them on the back foot with rage and loud demands for justice. Righteous anger can severely hobble the propaganda machine they intend to use for further interventionism in that nation.

You cannot argue with the rage of someone who is certain that an unforgivable evil has been perpetrated. You simply cannot manipulate and narrative-spin your way around that; it plants an unbreakable, immovable object in the gears of the propaganda machine. By getting unapologetically furious, loud and aggressive and letting the wisdom of our anger guide our response to the situation in Syria, we can shift the zeitgeist of anti-imperialist sentiment from a meek “Oh gosh darn I sure hope the people who decimated Iraq do the right thing in Syria” to a thunderous “F**K YOU. OUT. NOW.”

Which is where it should be. 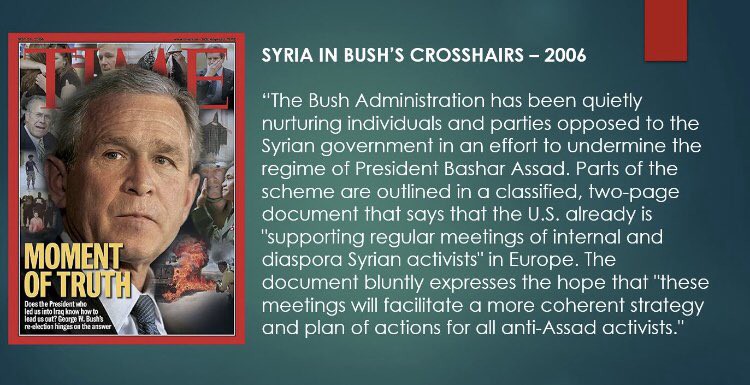 A world in which war crimes tribunals are actually carried out for the imperialists responsible for the evils inflicted upon the Syrian people will look very different from the world that we are in now. But shoving angrily and aggressively against the establishment structures which made it possible and screaming for justice and vengeance is the first step toward creating that world.

Let’s not play defense and reaction anymore. Let’s stop waiting for something to go wrong and start forcing things to be right. It’s time to go on the offensive with this thing. Get angry and let it roar through you.

George Orwell—sardonic political commentator through disturbed, poetic metaphor—forever changed the landscape of modern propaganda by mirroring traditional geopolitical trends of propaganda and transposing it onto a horrific, futuristic dystopian society. In addition to “1984,” most of Orwell’s work was politically charged, if not always philosophically charged, as even “Animal Farm” is known to be a Read More…

There are many different reasons for critiquing and criticizing the official reports of President Assad’s alleged sarin gas attacks on his citizens. The greater majority of these critiques do not have to involve the support of Assad, Putin, or an “Illuminati” conspiracy theory. By simply digging through some source material with a proper sense of Read More…

On Monday, Israeli warplanes attacked the Syrian coastal city of Latakia, firing a slew of missiles at the city, and ending up getting a Russian plane shot down. On Tuesday, Russian President Vladimir Putin reacted, terming the attack a breach of Syrian sovereignty. While the downing of a Russian plane and the death of 15 Russian military Read More…