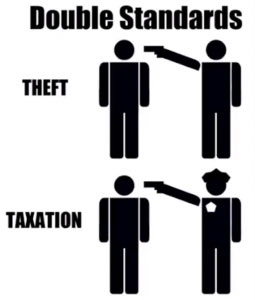 Word to the wise: when you play a rigged game in a mobster-run casino, don’t expect to walk away with all your winnings. But you already knew that, didn’t you?

Regardless of whether he knew it or not, Apple CEO Tim Cook just learned that lesson the hard way. In 2013 the European Commission began investigating Apple’s tax deals with Ireland. In 2014 it came out with its formal allegation, namely that the taxation deals worked out between the government of Ireland and Apple’s Irish subsidiaries in 1991 and 2007 constituted a violation of Article 108(2) of the Treaty on the Functioning of the European Union (which, as we all know, relies on Aritcle 107(1)‘s definition of activities “incompatible with the internal market” of the EU). This scrutiny naturally comes in response to Apple’s employment of the trusty old “double Irish with a Dutch sandwich” tax strategy, among other gambits.

Clear as mud? Good. Here’s the non-gobbledygook explanation: the state is a group of gangsters running a protection racket. You can play by their rules and jump through their hoops as much as you like, but when they decide you’re getting too big for your britches they swoop in to take you down a peg. 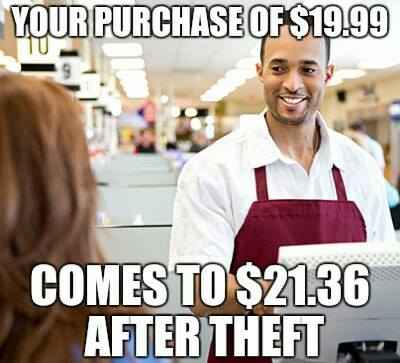 In this case, the loser is Apple. The tech giant has just been handed a bill by the European Commission for 13 billion euros in back taxes for breaking laws that didn’t exist when they broke them. Or guidelines. Or interpretations of article treaties. Or something.

The absurdity of the situation is encapsulated in Cook’s “Message to the Apple Community in Europe” in which he vows to fight the decision:

“We now find ourselves in the unusual position of being ordered to retroactively pay additional taxes to a government that says we don’t owe them any more than we’ve already paid.”

“As far as I am concerned there is no economic basis for this decision.” He added: “They [the European Commision] don’t have responsibility for taxes and they are opening a back door through state aid to influence tax policy in European countries when the European treaties say tax policy is a matter for sovereign governments.” 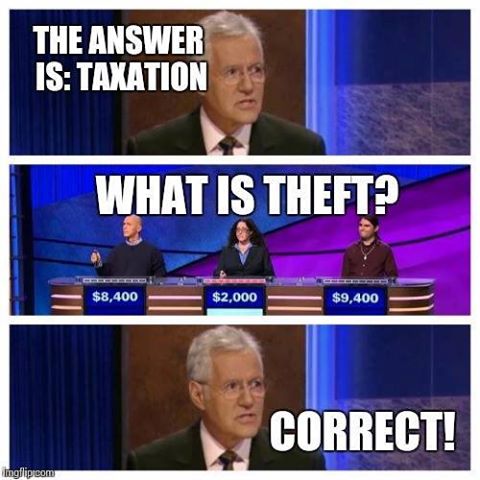 Now before the false dilemma fallacy is invoked, let me make it crystal clear: this is no defense of Apple Inc., its police state control grid indoctrination gadgets (and patents), its cozy relationship with law enforcement agencies, its easily hackable (and backdoorable) products, or its pretense of standing up to the FBI while secretly opening giant back doors for the Chinese government (and who knows who else). Apple is a vial state-collaborating monstrosity that is more interested in preserving its walled gardens than contributing to the open source revolution that will (hopefully) destroy it. No, Corbett’s Law pertains here: in this contest between Apple and the EU there is no “good guy” to root for.

But we have to examine this fight from the broader perspective of the precedent that is being set here. As I’ve pointed out before, the global taxation grid is being slotted into place in the name of fighting the evil multinationals and their global tax loopholes. The very same tax information sharing agreements that are already being hammered out by the OECD behind the scenes to get the big bad corporations are also ready to start scooping up, databasing and sharing information on every individual in every participating country, too. We are truly entering the global tax grid, and it will be ruled over by the very types of EUreaucrats (or their global government equivalents) who can decide on a whim that your current taxation level is unfair and arbitrarily hand you a bill for back taxes. Welcome to our future globalist nightmare.

None of this is surprising from a voluntaryist perspective. The implicit assumption of taxation is that the mob (sorry, the “state”) has a rightful claim to a portion of your earnings. Once that has been accepted, the only question is what percentage between 0% and 100% they are going to claim, and that is almost always a measure of how much they think they can take before a revolt happens.

There’s an apocryphal story sometimes attributed to Lord Beaverbrook. Upon meeting a famous American actress of the day, he supposedly asked: “Would you live with a stranger if he paid you one million pounds?” She said she would. “And if he paid you five pounds?” The irate lady fumed: “Five pounds. What do you think I am?” Beaverbrook replied: “We’ve already established that. Now we are haggling over the price.”

Once you assign legitimacy to the ruling class mobster state and their demand on your wages the mobsters have already established what you are. Now they’re just haggling over the price. Somehow I doubt that’s the lesson that the mainstream media will take away from this story, though.

Predictably the crisis that began on Sunday between Russia and Ukraine in the Kerch Strait is quickly worsening as Russia has announced plans to deploy more of its advanced S-400 surface-to-air missile systems to Crimea.  Adding to tensions, Reuters has further reported that a Russian warship has been dispatched to the Sea of Azov — waters used by both countries and near where the Read More…

The U.S. backed Saudi-led coalition has repeatedly, systematically and deliberately attacked water and sewage treatment infrastructure in Yemen since it began its military campaign against the country in 2015. SAADA, YEMEN — Four Saudi warplanes launched airstrikes against the UNICEF-funded al Asayed Water Network, destroying water pumps, an electric generator, a nearby solar energy system, and Read More…

Atmosphere of Fear – Civilians, Police Cooperating to Achieve End of Freedom in America

These are precarious times. Tragedy seems to lurk behind every corner wielding semi-automatic firearms, gunning down Americans, flushing our streets with violence of unprecedented measures. The people are pitted against those sworn to protect and serve them, blood has been spilled, fear has been spread. In the recent weeks (and years) the situation seems to Read More…