An explosive new study in the PLOS Biology journal confirms three things that independent health researchers have been saying for years:

2. Researchers have known this fact for decades.

3. The sugar industry actively covered up the research supporting this fact.

The study—bearing the typically unwieldy title “Sugar industry sponsorship of germ-free rodent studies linking sucrose to hyperlipidemia and cancer: An historical analysis of internal documents“—reads like an unlikely pairing of crime thriller and academic article.

At the heart of this medical thriller lies the mysteriously named “Project 259,” a research study which ran from 1967 to 1971 to examine the link between sucrose consumption and coronary heart disease. From the outside, the project, headed by Dr. W.F.R. Pover at the University of Birmingham, appeared to be just another clinical study in nutritional science. It involved a feeding experiment in which lab rats were separated into two groups, one eating a high-sugar diet and the other eating a so-called “basic PRM diet” of cereal meals, soybean meals, whitefish meal, and dried yeast.

But this was not the passion project of an impartial scientist trying to get to the truth. This was a study sponsored by the “Sugar Research Foundation” (SRF), which (in case you couldn’t tell) has organizational ties to the Sugar Association, the trade association of the US sugar industry.

The results of the SRF’s experiment, according to an interim assessment issued in 1969, were extremely interesting:

“Among [Project 259’s] observations was … that the urine from rats on the basic diet contained an inhibitor of beta-glucorinidase activity in a quantity greater than that from sucrose-fed animals. This is one of the first demonstrations of a biological difference between sucrose and starch fed rats.”

Having been a point of scientific inquiry and debate for decades, the first experimental evidence that sugar and starch are actually metabolized differently was significant enough. But, as the PLOS Biology article explains, the way in which this difference manifested was even more significant:

“This incidental finding of Project 259 demonstrated to SRF that sucrose versus starch consumption caused different metabolic effects and suggested that sucrose, by stimulating urinary beta-glucuronidase, may have a role in the pathogenesis of bladder cancer.”

So, surely these results were published to much fanfare and became the touchstone for a thoroughgoing scientific inquiry into the possible sugar-cancer link, right?

“After supporting the project for 27 months, [the Sugar Research Foundation] did not approve the additional 12 weeks of funding needed to complete the study.”

Yes, exactly as you would have predicted, the breakthrough study demonstrating a biological difference between sucrose and starch-fed rats was shelved and none of its results were ever published.

But do you want to guess what was published? An article in the New England Journal of Medicine singling out fat and cholesterol as the dietary causes of heart disease and downplaying the risk of sugar consumption. That study, too, was sponsored by the SRF, but (surprise, surprise!) the sugar industry’s role in funding the article was not disclosed when it was published in 1965. It took 51 years for that little factoid to be dug up by researchers and published.

As I say, the fact that the sugar industry has been actively working to cover up sugar’s role in coronary heart disease, diabetes, obesity, cancer and numerous other ailments will come as no surprise to my regular readers, and even the most fluoride-addled victims of the mainstream fake news will have heard something of this story by now.

The New York Times of all places broached the subject in 2011, when it dared to ask “Is Sugar Toxic?” It was obediently followed by fellow MSM lapdog 60 Minutes asking the very same question the very next year.

And by last year, the jig was up. As the Huffington Post informed us: “Sugar Is Not Only a Drug but a Poison Too.” 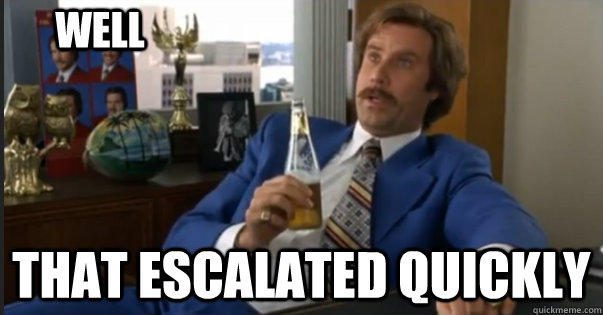 So what broke the dam? Why did the fake news dinosaur media suddenly open the floodgates on the sugar conspiracy? As always, it was a handful of brave independent researchers who really broke the story and single-handedly championed it in the face of an all-out assault from the Big Sugar lobby until the public finally caught on to the scam. Only then were the MSM (and the nutrition industry itself) forced to finally admit the obvious truth. Dismissed as “cranks” and “quacks,” these researchers held firm for decades under incredible pressure.

Just ask John Yudkin. He was the British nutritionist who began ringing the alarm on the dangers of sugar consumption in the late 1950s. His 1972 treatise Pure, White, and Deadly: How Sugar Is Killing Us and What We Can Do to Stop It pulled no punches in its fight against sucrose: “If only a small fraction of what is already known about the effects of sugar were to be revealed in relation to any other material used as a food additive,” he writes in his opening chapter, “that material would promptly be banned.”

The book, written for the layman and aimed at getting people to understand the health dangers of sugar consumption, was a huge success. Published in the US as Sweet and Dangerous, Yudkin’s work was also translated into Finnish, German, Hungarian, Italian, Japanese and Swedish, with a revised and expanded edition was issued in 1986.

But despite this popular success (or, more accurately, because of it), Yudkin became the target of Big Sugar and its well-funded lackeys in the field of nutritional “science.” The industry tried to prevent the publication of the book at all, and, failing at that, set to work attempting to destroy Yudkin’s reputation. In that task, they were successful. By the time of his death in 1995, Yudkin was largely consigned to the dustbin of nutritional history.

It wasn’t until Yudkin’s work was rediscovered in 2008 by Robert Lustig, a pediatric endriconologist at the University of California San Francisco, that things really began to change. Lustig made a presentation on the hidden dangers of sugar consumption, “Sugar: The Bitter Truth” that became a bona fide viral video, a rare unicorn indeed in the field of 90-minute academic lectures on nutritional science. From that point on, medical researchers and the MSM were forced to admit the piles of evidence that had been staring them in the face (and/or actively suppressed by the sugar lobby) for decades.

As satisfying as Yudkin’s posthumous vindication may be, it poses the larger question: How could it possibly have taken so long for such an obvious and undeniable truth—that sugar is the key culprit in a range of diseases and disorders—to be acknowledged? After all, sugar had been a suspected cause of obesity and diabetes for decades before Project 259 and other studies began to collect the hard data on the subject. Even the most uninformed layman can’t help but note the incredible correspondence between the rise of sugar in the average diet—going from 18 pounds per capita per year in 1800 to a staggering 150+ pounds today—and the rise of obesity in the general public.

The answer to that question goes to the heart of “The Crisis of Science” that I identified in this column last year. As I observed in that article:

“Modern laboratories investigating cutting edge questions involve expensive technology and large teams of researchers. The type of labs producing truly breakthrough results in today’s environment are the ones that are well funded. And there are only two ways for scientists to get big grants in our current system: big business or big government. So it should be no surprise that large corporations and politically-motivated government agencies are paying for the types of science that they want.”

Indeed it is no surprise whatsoever to find intrigues like the sugar conspiracy at the heart of the fetid, decrepit, institutionalized, fossilized, centralized halls of the modern-day academy. It also explains why the GMO conspiracy continues to thrive despite the overwhelming (and mounting) evidence of the ill effects of genetically modified food consumption.

So, on the plus side, the unraveling of the sugar conspiracy shows us that even the most well-funded and institutionally-protected lies can, eventually, be exposed.

On the other hand, it draws attention to a deeper question: How do we change the system so these types of conspiracies don’t happen again?

That is a very important question, and one that has some surprisingly simple answers. But that exploration will have to wait for another time.

Until then, I bid you bon appétit. May I suggest you skip the sugary dessert tonight?

The Western media is aflame with reports of “barrel bombs” “last hospitals” and the “brutality” of Assad and Russia. The United States government along with the United Nations continually harp and cry about the loss of life incurred by civilians as a result of the operation to liberate East Ghouta from the grip of the Read More…

Several new attempts are being made to reform a controversial law that prevents the public from knowing the identities of politicians accused of sexual misconduct. At least two new efforts are being launched to reform a law that shields the identities of politicians accused of workplace sexual harassment and forces the American taxpayer to foot Read More…

One Reply to “The Sugar Conspiracy”