In a previous article I talked about a redistribution of wealth; a one-time emergency measure when the economic system fails again because of poor management and or corrupt leadership. This is done by taking that ownership of the failed publicly-owned systemic risk companies and redistributing some of that wealth to the people, communities and new management ownership. In an attempt to narrow the inequality gap in one swift dramatic move. This is a solution during the next occupy Wall Street movement.

Also, as pointed out earlier I exposed the economic super-entity and named a small select group of individuals who control the voting shares of all the largest Transnational Corporations (TNC). I named them there to shine the light on them. I believe it is time we send some attention their way by warning them that we know who they are and we are going to insist that they face the consequences if their leadership takes us into systemic failure.

A very small amount of families control and direct the tone of these chairmen.

We have exposed who they are by following the money. I took an intense in-depth study done by 3 PhD’s; Dr. Stefania Vitali, Dr. James B. Glattfelder, and Dr. Stefano Battiston all from the Swiss Federal Institute of Technology using a data-set and high-lighted the important points. This has been ignored by mainstream media. The data-set used 30,000,000 company registration files and drilled in to find: A smaller subset group of 43,060 Transnational Corporations (TNC) and their connectivity as it represented 94.2% of the total operating revenue. Their study pointed to the top 80% in total control. That means 737 companies, or holding companies, accumulate that 80%. Top ranked companies hold 10 times more control than expected based on wealth. It proved a group of 147 companies has almost full control, over itself, and they refer to it as an “economic super-entity.”

So who are the shareholders? The study shows that these chairmen control 40% or the shares and have 60% of the voting control by proxy or sitting on each other boards as directors.

When you follow the money and with other research, it points to these few families, that a small number of chairmen answer to. These individuals and families are the real people behind our political corruption, our planet’s destruction, and our economic enslavement. It’s time the world learns their names.

For over a hundred years, and arguably long before, the global economy has been controlled by a small minority of wealthy families and individuals with their own agendas. Through political and economic connections, these groups and their partnerships and holdings have funded both sides of wars and profited from them. They own the corporations that pollute our planet and exploit us all. They own the banks that make us slaves to debt. They own the politicians and armies that are meant to serve us, but protect them and their power over the control of our money. Regardless of where you live, the following people are seeking only to procure still more power and influence and control every aspect of our lives.

By following the data-set 30,000,000 companies, I estimate the following two people with their family’s wealth and connections, own and control a sickening amount of the world’s wealth: 30-60%. So when we do that redistribution of wealth from the 1% to the 99% these families will be hit hardest for their failures to lead us to a stable equitable world. 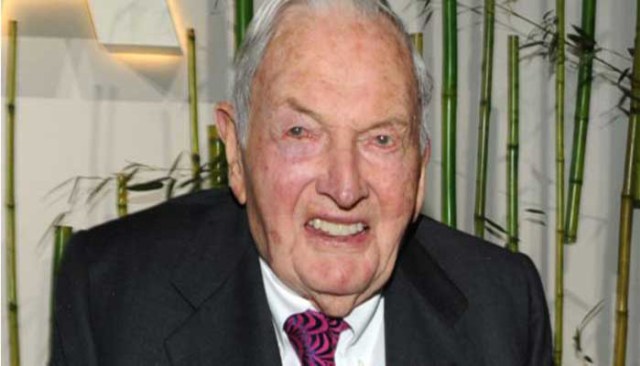 J.D. Rockefeller, the US’s first billionaire, was responsible for monopolizing the American Medical establishment over 75 years ago. He and his descendants later funded the Tavistock Institute for Human Relations, which used Freudian techniques to influence the opinion of the masses. Graduates of this institute went on to assume leadership roles in mainstream media, the government, and corporations. David Rockefeller is the only surviving grandson of J.D. Rockefeller, and, as such, continues his family’s legacy by using his incredible personal wealth. He has openly admitted that his family’s long-standing plan has been to create a one world government saying:

“Some even believe [the Rockefellers] are working against the best interests of the United States, characterizing my family and me as ‘internationalists’, conspiring with others around the world to build a more integrated global political and economic structure – one world, if you will. If that’s the charge, I stand guilty, and I’m proud of it.”

David Rockefeller has been instrumental in planning the advent of this “new world order” via his influence in the Bilderberg Group, Trilateral Commission, and the Council of Foreign Relations. 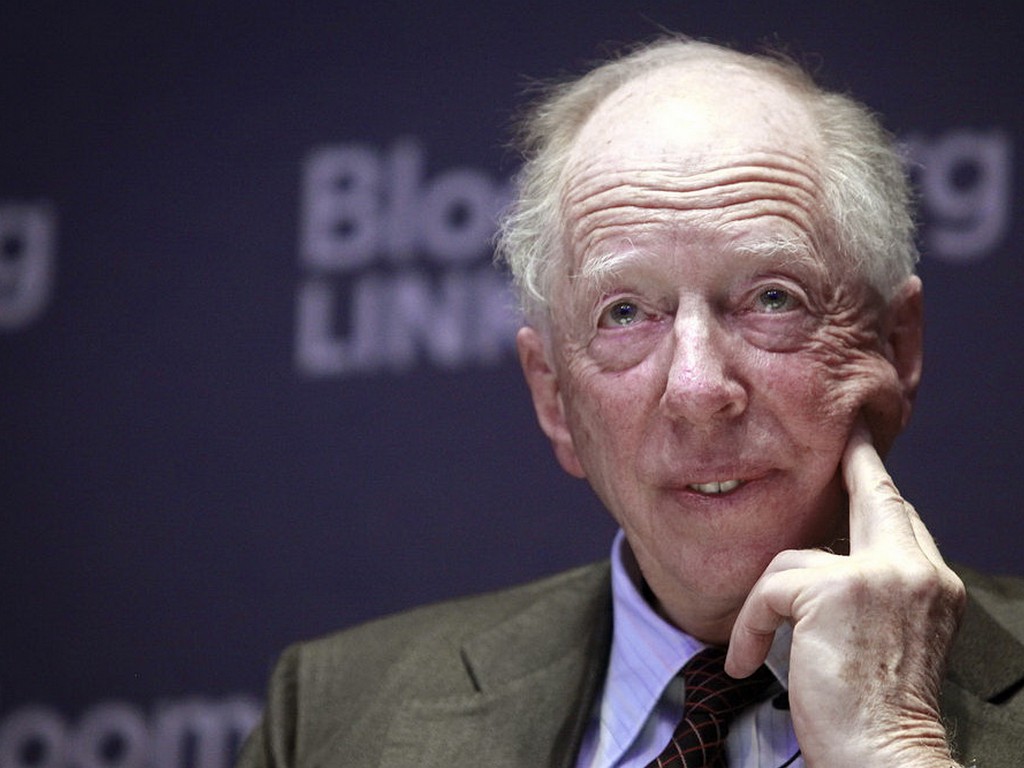 The Rothschilds are arguably the richest family in the world and essentially own(or have complete control over) a majority of the world’s central banks – which are private institutions in most countries – as well as the International Monetary Fund and the World Bank. The Rothschilds’ most well-known patriarch, Mayer Amschel Rothschild, once said:

“Give me control of a nation’s money and I care not who makes the laws.”

This has been the maxim of the Rothschild family ever since. With so much money and so much power, the Rothschilds have incredible amounts of influence in US and international politics, so much so that even Hillary Clinton has begged their forgiveness in leaked emails. This one family has the power to economically destroy any nation that doesn’t do what they want.

Now here are the lieutenants as I call them, that deliver the Rothschild and Rockefeller direction to the chairmen of the group of 49: 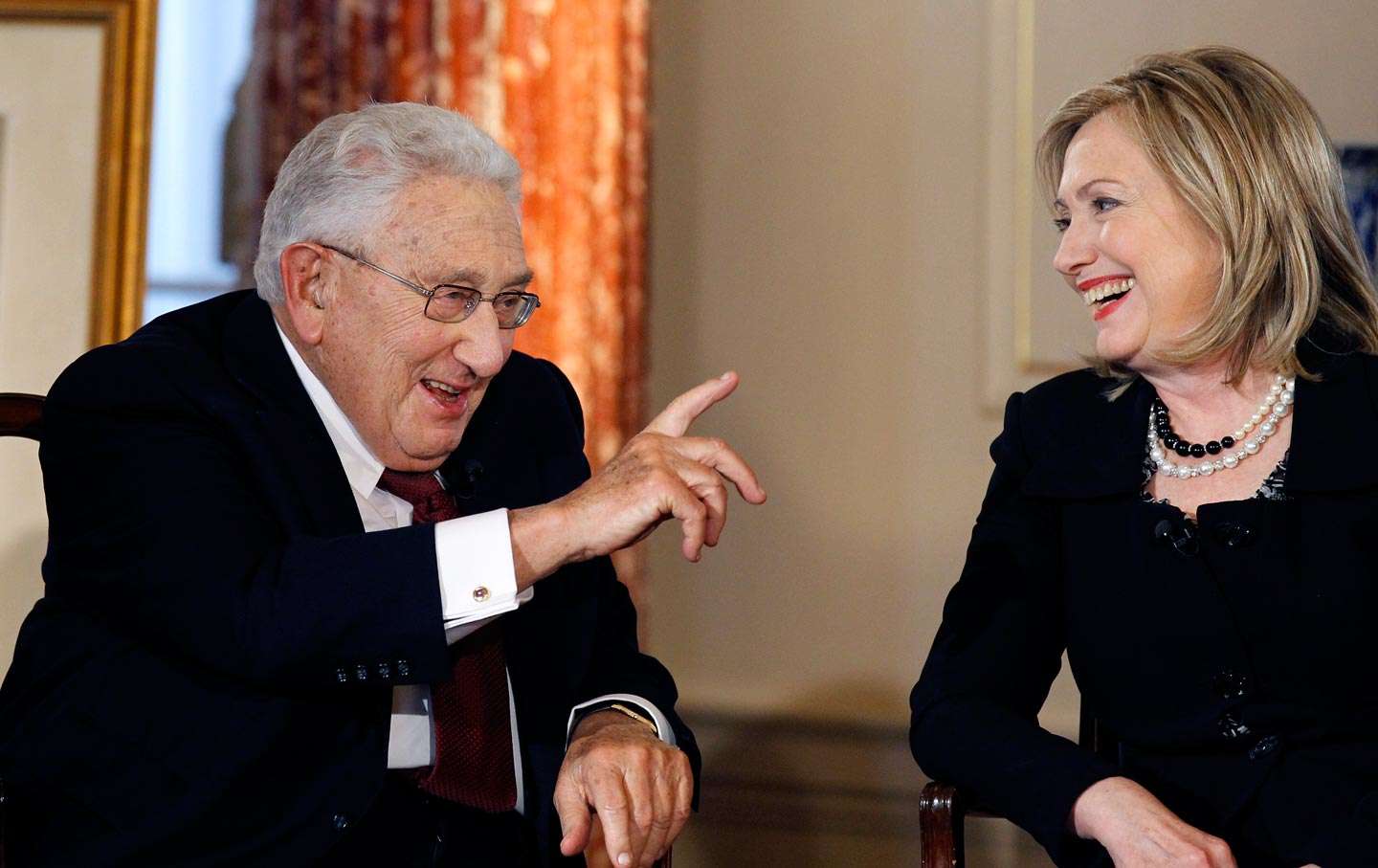 Henry Kissinger not surprisingly, has been one of David Rockefeller’s closest friends since 1954. Kissinger, while serving as Nixon’s Secretary of State, oversaw a bloody coup in Chile, an illegal bombing campaign in Cambodia, and millions of deaths in Vietnam. However, because of his insider connections to the military-industrial complex, Kissinger ended up being awarded the Nobel Peace Prize, a decision so outrageous that several members of the Nobel committee resigned in protest. Though Kissinger no longer serves as Secretary of State, he still wields enormous influence and works as a consultant for some of the biggest names in US’s and international politics. His legacy is evident in the never-ending ‘War on Terror.’

This war on terror is a smoke screen orchestrated by the money men (Rockefeller/Rothschild and associates) for them to keep power and control the movements of money. The lower level lieutenants (as I call them) and chairmen, executives and government employees all buy into this deception and do as told. They are grossly rewarded with outrageous wages, share options, perks and privileges. 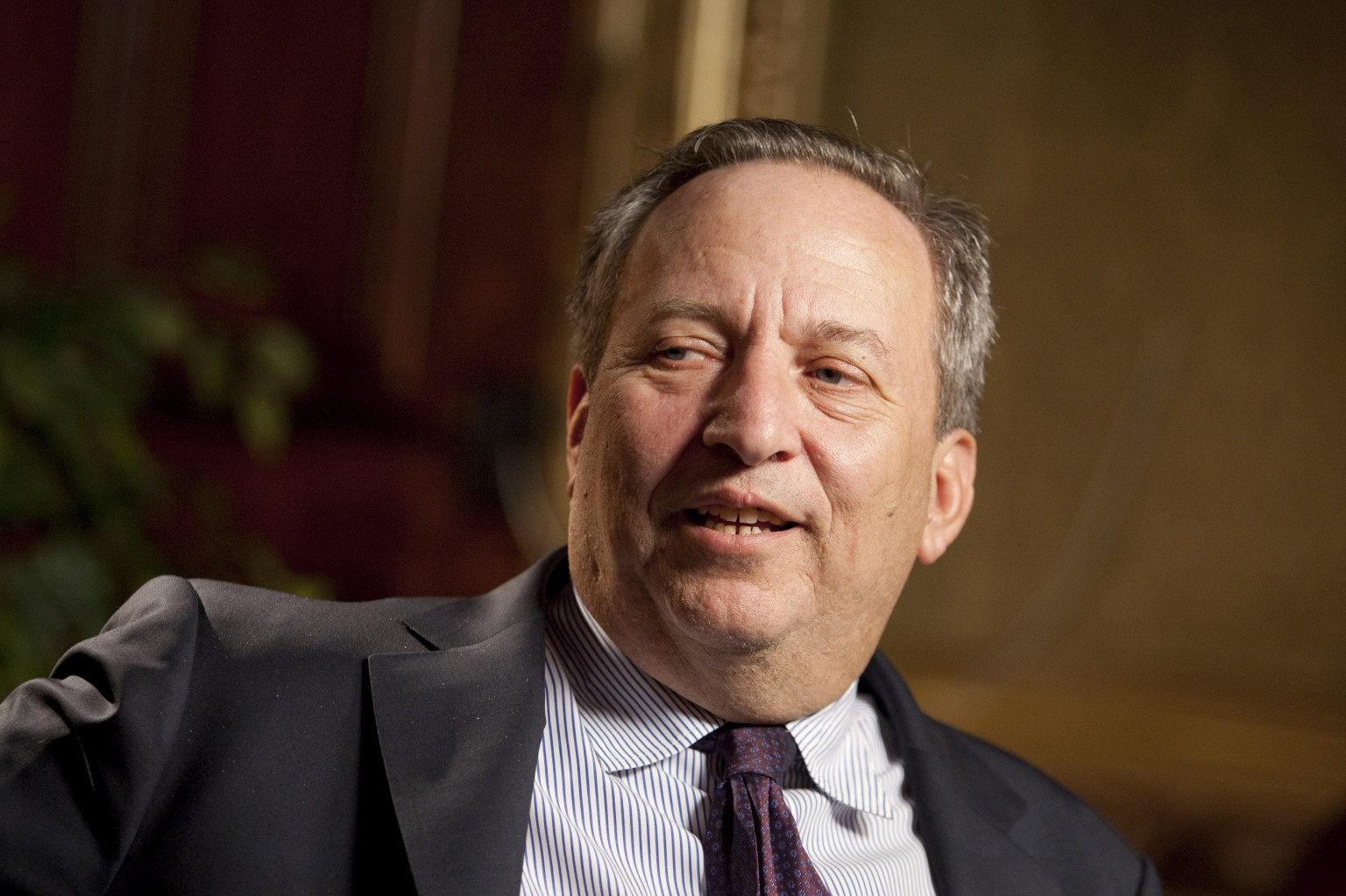 Larry Summers may not be very well-known, but his influence has been substantial nonetheless. Summers was a key player in economic policy under Bill Clinton’s administration, serving various important positions within the US Treasury until becoming the Secretary of the Treasury in 1999. Summers, along with his mentor Robert Rubin, were responsible for deregulating the US banking system via the removal of the Glass-Steagall Act, making him more responsible than most all others for the economic crisis of 2008, as well as the economic crisis we are soon to face.

Summers and his cronies forced nearly every government in the world to sign the Financial Services Agreement, an addendum to the international trade agreements managed by the World Trade Organization. The only country that refused was Brazil, one of the few countries who avoided the worst of the 2008 crisis. Summers pushed all of this deregulation to make the bankers richer as the 2008 crisis was essentially a massive wealth transfer from the people to the bankers. 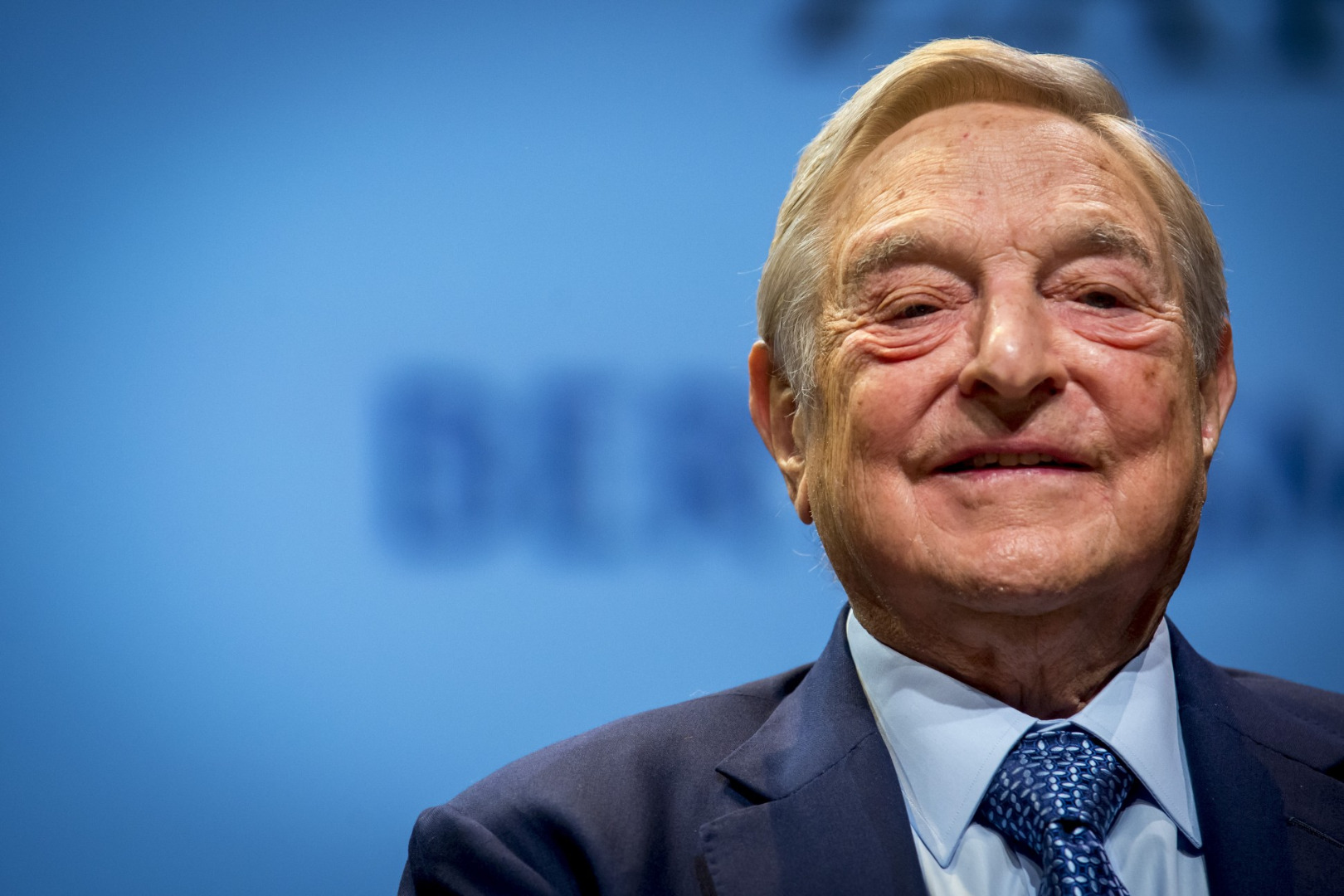 George Soros is one of the most notorious billionaires in the world. Soros became wealthy as a currency manipulator, famously making a billion dollars in one day by initiating a British financial crisis and betting on the outcome. During the 1997 Asian financial crisis, Soros was accused by the Malaysian government of bringing down the nation’s currency through his insider trading activities. He did something similar in England, prompting Thailand to call him an “economic war criminal.” Yet, Soros is more well-known for his funding of political causes, as well as his efforts that helped lead to Europe’s refugee crisis. Soros has also been accused of rigging elections as he has strong ties to several of the companies which produce electronic voting machines. Many of these Soros-funded voting machines have been proven to malfunction and even switch votes.

This is the world team that set the tone and direction of the group of 49 as named in an earlier article. Instead of occupying Wall Street during the next big economic failure we should take that movement and focus a great big light on these people. Calling them out on their monopolistic enterprises and over paid executives. Protest at their homes, offices and target their direct business holdings. There will never be a better time to let the industries that are systemically connected fail and transfer that ownership back to the people from the 1%. This is a profound opportunity to ensure those who failed us suffer the consequences for their incompetence and theft.

All past empires have failed because of:

1) Extreme economic rigidity driven by ideology and an inability to reform economic institutions in necessary ways because of corrupt stock exchanges no longer functioning as a market; a club of crooks, ripping off workers’ pension funds and the savaging of corporate profits by insider executives.

2) Imperial overstretch, too many commitments, too many enemies and too many cases of blow back while trying to manage 700-1000 military bases. Again, an inability to reform this puts you in fiscal insolvency.

There is a great deal you can do, should you want to, as we are powerful individuals. Shopping local while becoming more aware on the topic is an excellent start. The only thing that will scare these individuals into paying attention to what you want is to shine the light on them.

Richest 62 billionaires as Wealthy as Half the World Population Combined

“Wealth is moving rapidly to concentrate at the tippy, tippy top of the pyramid,” said Gawain Kripke, the director of policy and research at Oxfam America. The world’s 62 richest billionaires have as much wealth as the bottom half of the world’s population, according to a new report from Oxfam International. Wealth inequality has been an Read More…

For all the noise out of the mainstream corporate media about “fake news,” it didn’t take long for a mass knife attack at Ohio State University on Monday morning to morph into widespread reporting of an “active shooter.” Initial reports, echoed across the corporate media landscape, described the attack as a shooting — when in Read More…

3 Disgusting Reasons Why Why You Should Never Trust Food Labels

You cannot rely on food producers to put food labels on products in a sufficient enough manner to describe what you’re actually buying, and — in the case of meat and animal products — what you’re allowing to continue through your purchase. 1. “Progressive Farming. Family Style,” pig ‘producer,’ The Maschhoffs, slogan boasts — but if Read More…

One Reply to “Shine A Light on Them: The True Leaders of the “Free World””