Newsflash: The Pentagon has been lying to you for years.

OK, OK, so this is hardly a “Stop the presses!”-type revelation.

After all, this is the same Pentagon that still can’t account for trillions of dollars in “year end adjustments” on its books.

This is the same Pentagon that oversaw the theft of billions of dollars in cash that was sent to aid “reconstruction” efforts in Iraq following the 2003 invasion.

Heck, this is the same Pentagon that paid a British PR firm to make fake Al Qaeda videos for their black propaganda operations.

To appropriate an old joke: How can you tell if a Pentagon official is lying? His lips are moving.

So it shouldn’t be a surprise to discover that years and years of official Pentagon airstrike data has just been proven to be a complete fabrication.

This latest revelation revolves around the database of airstrikes maintained by the US Air Forces Central Command. The “airpower summaries” provided by AFCENT are reassuringly thorough, precise, and to the point. They provide monthly breakdowns of the number and types of sorties flown in the US military’s engagements in Afghanistan, Iraq and Syria, including the number of weapons released each month. Journalists, US allies, aid workers and even members of Congress rely on these numbers to make judgements about future military commitments and budgetary considerations, and this filters through to public perception of these conflicts and the US’ role in them.

In short, the reliability of these summaries is an important thing. That’s why The Military Times decided to actually investigate whether the summaries are, in fact, reliable.

Their finding? “The U.S. military’s stats on deadly airstrikes are wrong. Thousands have gone unreported.”

As they note in their exclusive investigation: “In 2016 alone, U.S. combat aircraft conducted at least 456 airstrikes in Afghanistan that were not recorded” in the airstrike summaries. “Those airstrikes were carried out by attack helicopters and armed drones operated by the U.S. Army, metrics quietly excluded from otherwise comprehensive monthly summaries, published online for years, detailing American military activity in all three theaters.”

According to the report, part of the problem is that the standards and protocols that have been set up for tracking and reporting these airstrikes just seem to have (gosh darn, wouldn’t you know it) things like Apache helicopters that, somehow or other, manage to fall through the cracks. There is also intra-forces squabbling, with one senior Army officer quoted in the investigation as saying that reporting airstrike data is simply not part of the Army’s responsibility.

But wait! It gets worse!

“Most alarming is the prospect this data has been incomplete since the war on terrorism began in October 2001. If that is the case, it would fundamentally undermine confidence in much of what the Pentagon has disclosed about its prosecution of these wars, prompt critics to call into question whether the military sought to mislead the American public, and cast doubt on the competency with which other vital data collection is being performed and publicized. Those other key metrics include American combat casualties, taxpayer expense and the military’s overall progress in degrading enemy capabilities.”

To put that in plain English: Until proven otherwise by a thorough audit conducted by an independent party, everything that the military has said about deaths, dollars and drones during the never-ending War Of Terror should be assumed to be false.

Again, this is probably par for the course for my regular audience, but it bears repeating for those who have been steeped in the propaganda that the military is the most sacrosanct and irreproachable part of the government. 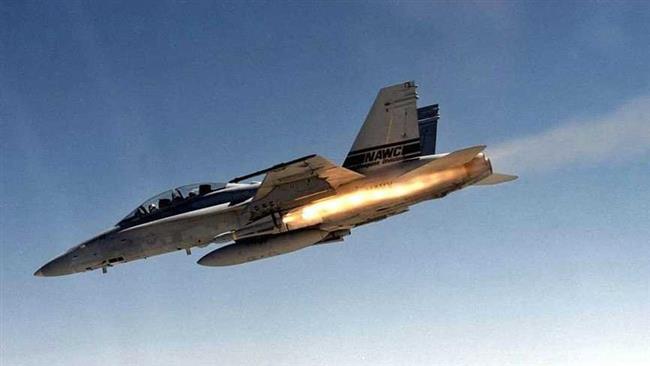 The Pentagon has never passed an audit.

The Pentagon and the CIA have been caught vastly under-reporting civilian deaths due to drone strikes in Pakistan and Yemen.

The government has even had to admit that they often have no idea who is being killed in the drone strikes that the president orders. But don’t worry about that; anyone killed in a strike zone who happens to be male and of “military age” is, by Obama’s definition, a “militant,” not a civilian. Boom. PR problem solved.

No doubt this latest revelation, too, will be just another PR problem for the Pentagon to solve. Maybe “airstrike” can be redefined to mean “any strike from the air that the Pentagon wants you to know about.” Boom. Problem solved.

For those of us who already know this War of Terror is a fraud from top to bottom, this airstrike accounting problem will just be one more fact, one more story, one more data point in the overall argument about the terrornoia that has gripped the American political imagination since 9/11.

But we must never lose sight of the fact that this argument is not about accounting procedures or statistics or dollars and cents. It is about the blood of innocent men, women and children who are being slaughtered in the name of a false narrative based on lies and perpetuated by liars. Those who can’t see that by this point are just avoiding the truth.

While the Chilcot Inquiry has spurred renewed calls for former Prime Minister Tony Blair’s impeachment, the American leader continues to evade accountability. Almost as if it were planned, former U.S. President George W. Bush rang in his 70th birthday on Wednesday with a remarkable gift: a reminder of his seemingly eternal impunity for war crimes committed Read More…

CIA-Connected Amazon Turns Over A Record Amount Of Data To U.S. Law Enforcement

Amazon’s fifth transparency report has revealed that the company provided more customer data to U.S. law enforcement in the first half of last year than in its history with a shocking 1,936 different requests between January and June 2017, ZDNet reported. Of those 1,936 requests, Amazon complied and replied to 1,200 subpoena requests, 189 search Read More…

It should come as no surprise to anyone that the Donald Trump administration has recently affirmed that it has a perfect legal right to remain in Syria as long as it wishes because it is fighting terrorism. The argument goes something like this: Congress has approved a bill that permits the US military to seek out and Read More…