In the latest troubling development to come out of North Korea’s increasingly irrational leadership, Reuters reports that the communist country has nothing to fear from any U.S. move to broaden sanctions aimed at cutting it off from the global financial system and will pursue “acceleration” of its nuclear and missile programs, according to a Pyongyang envoy. This includes developing a “pre-emptive first strike capability” and an inter-continental ballistic missile, according to Choe Myong Nam, deputy ambassador at the DPRK (North Korean) mission to the United Nations in Geneva.

The latest development follows a previous report also from Reuters, in which it said the Trump administration is considering sweeping sanctions as part of a broad review of measures to counter North Korea’s nuclear and missile threat. “I think this is stemming from the visit by the Secretary of State (Rex Tillerson) to Japan, South Korea and China…We of course are not afraid of any act like that,” Choe told Reuters.

“Even prohibition of the international transactions system, the global financial system, this kind of thing is part of their system that will not frighten us or make any difference.” He called existing sanctions “heinous and inhumane.” 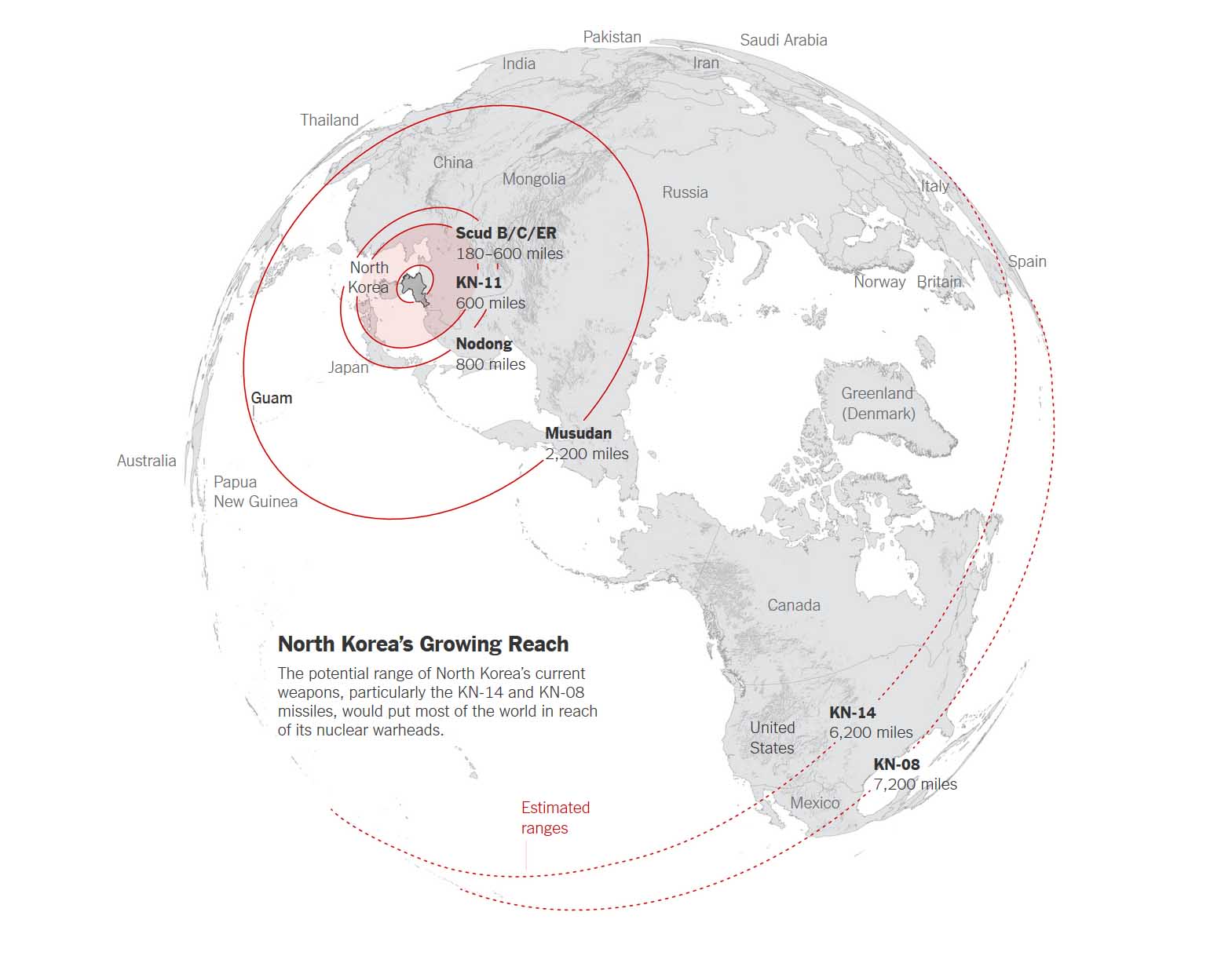 Choe said his country wants a forum set up to examine the “legality and legitimacy of the sanctions regime” and denounced joint annual military exercises currently being carried out by the United States and South Korea on the divided peninsula and criticized remarks by Tillerson during his talks with regional allies last week.

“All he was talking about is for the United States to take military actions on DPRK (the Democratic People’s Republic of Korea,” Choe said.

Additionally, North Korea rejects claims by Washington and Seoul that the military drills taking place at this moment are defensive. They involve strategic nuclear bombers and a nuclear submarine Columbus that recently entered South Korean ports, he said.

“In the light of such huge military forces involved in the joint military exercises, we have no other choice but to continue with our full acceleration of the nuclear programs and missile programs.”

“It is because of these hostile activities on the part of the United States and South Korea.” “We strengthen our national defense capability as well as pre-emptive strike capabilities with nuclear forces as a centerpiece,” Choe said.

He declined to give technical details of North Korea’s latest rocket engine test on Sunday – seen as a possible prelude to a partial ICBM flight – calling it a great historical event that would lead to “fruitful outcomes”.

“I can tell you for sure that the inter-continental ballistic rockets of the DPRK will be launched at any time and at any place as decided by our Supreme Leadership,” Choe said, recalling leader Kim Jong Un’s pledge in a New Year’s address.

Analysts say North Korea has likely mastered the technology to power the different stages of an ICBM and may show it off soon, but is likely still a long way from being able to hit the mainland United States. Of course, it would be preferable not to confirm this in practice either way. 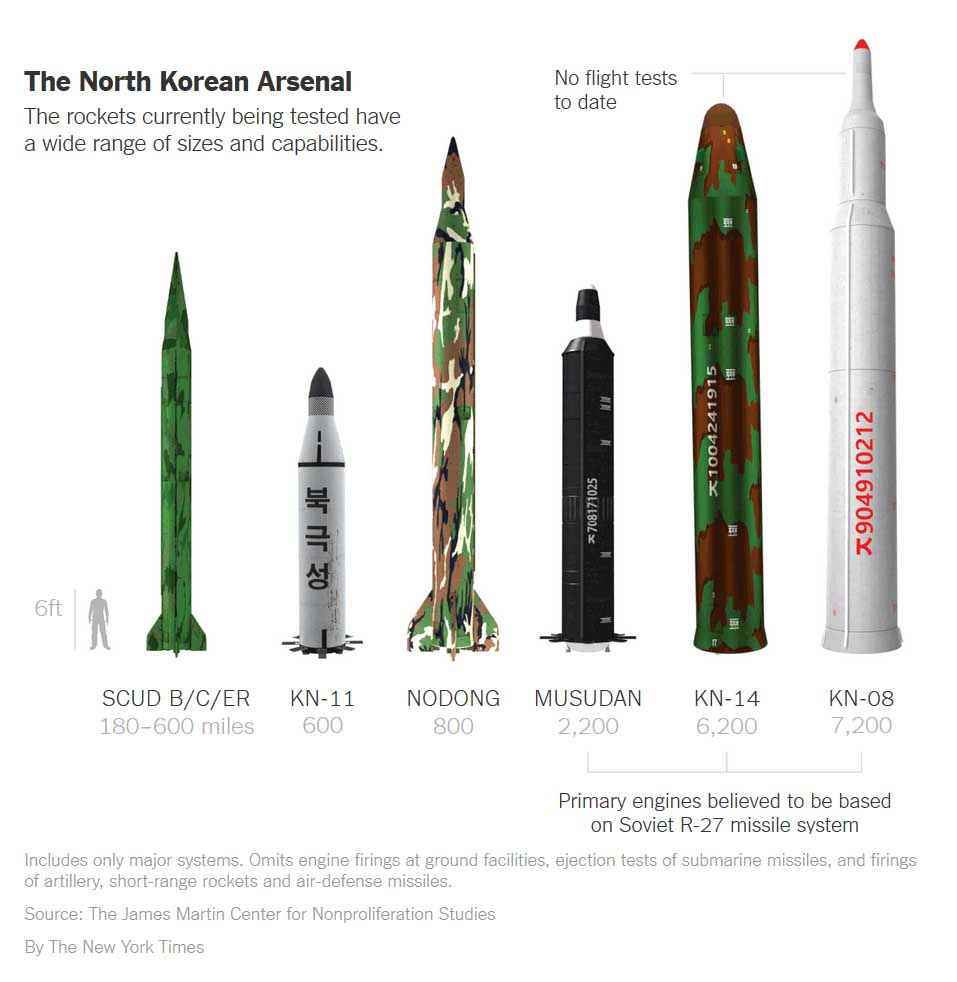 “The United States has been talking about launching pre-emptive strikes at North Korea,” Choe said. “And we have been prepared to deter, to counter-attack such attacks on the part of the United States. We would utilize every possible means in our hands and the inter-continental ballistic rocket is one of them.”

Welcome to The Daily Wrap Up, a concise show dedicated to bringing you the most relevant independent news, as we see it, from the last 24 hours (2/12/19). As always, take the information discussed in the video below and research it for yourself, and come to your own conclusions. Anyone telling you what the truth Read More…

When searching for terms that challenged the official narrative of the Parkland shooting, the results on Google varied drastically, compared to other search engines. (TFTP) Google may be the world’s most popular search engine, but it has also been the subject of a number of accusations in recent years that it is purposefully censoring searches Read More…

Seven years ago today, NATO began its “humanitarian bombing” of Libya. While “humanitarian bombing” is an oxymoron, many believe that a country is not truly advancing human rights if it’s not bombing another back to the Stone Age. As an initial matter, it must be said that while the UN had authorized a NATO fly-zone Read More…