To most people, the left and right of the political spectrum are polar opposites, which cannot be linked together due to ideological beliefs that are incompatible. On the surface, this seems to be the case, as political divisions are divergent as ever, especially in the United States. However, unbeknownst to many, including myself until just recently, there is a small faction of people who have attempted to synthesize together, both the right’s idea of free markets and the left’s idea of giving labor their full value, into an all-encompassing belief system that some refer to as Free Market Anti-Capitalism, Left Libertarianism, or Mutualism.

To comprehend the logic behind the term Free Market Anti-Capitalism, we must first begin to understand the historical context, as well as the current use of the word capitalism and socialism. The goal behind this is to allow people on both the left and right to see and appreciate how different ideologies view the term, rather than just being stubborn and only recognizing your own. We won’t solve anything and move forward until we can at least see how the other side defines such key words.

Related Reading: Bridging The Gap Between Anti-Capitalism and Anti-Statism By Dissecting The Key Words That Divide Us

Next we must understand what a true free market really embodies, not the quasi-free market many mistake for a free market. Real free markets, absent of state tools like intellectual property rights, mandatory

occupational licensing, corporate welfare, and many more; are far more radical than many conservatives or even libertarians will entertain. In Free Market Anti-Capitalism, the goal is to completely open markets to the people, rather than only bring down a few select barriers. The term free market is something most people don’t take far enough. Also, many people equate free markets with capitalism, when in fact they are two different terms with two different meanings, at least according to more accurate and historical definitions.

Once we understand the historical definitions of capitalism and socialism, and comprehend the real context of free markets, we should start to see that anti-capitalism and free markets are one in the same. Not only can they be synthesized together into one coherent belief system, but it can be argued quite strongly that free markets would most likely lead to anti-capitalist ends, meaning labor would be on par with producers. Essentially, the belief is that real free markets would lead to socialist ends, as in decentralized structures of power where workers/people own the means of production and big businesses cannot come to dominate. This is not the cause of state intervention either, but purely based upon the outcome of totally free markets. 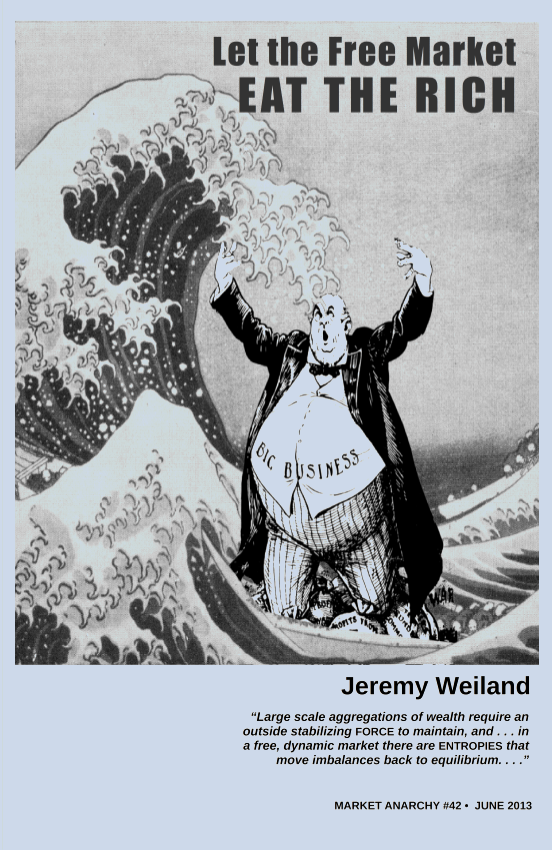 In fact, we can even synthesize the subjective theory of value with the labor theory of value to form a single rational doctrine that works. These two theories of value have often divided economists into different camps, when in reality they are complimentary with each other. Once we open our minds and see that these two ideologies are very compatible, we find out that bridging the gap between the left and the right of the political spectrum is far more possible than most people realize.

To explore the details and ramifications of the above realizations, I invited onto the podcast Keith Preston. 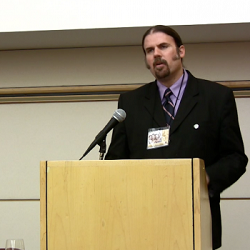 Keith Preston was born in Lynchburg, Virginia, United States. He received a B.A. in Religious Studies and an M.A. in History from Virginia Commonwealth University in Richmond, Virginia, with additional graduate study in Sociology and Criminology. Keith is a former instructor of sociology at John Tyler Community College. He is a former regional delegate for the Industrial Workers of the World and a former member of the National Committee of the Workers Solidarity Alliance, the U.S. section of the International Workers Association. He is the founder and director of American Revolutionary Vanguard and the chief editor of AttacktheSystem.com. He has also been a contributor to LewRockwell.com, Antiwar.com, Anti-State.com, Taki’s Magazine, and AlternativeRight.com. He was awarded the 2008 Chris R. Tame Memorial Prize by the United Kingdom’s Libertarian Alliance for his essay, “Free Enterprise: The Antidote to Corporate Plutocracy.” Keith has been a featured speaker at conferences of the National Policy Institute and the H. L. Mencken Club. He has been interviewed on numerous Internet podcast and radio programs and appeared as a guest analyst on Russia Today and BBC Persian. He is also host of the ongoing “Attack the System” online podcast series.

The Myth of Socialism As Statism: http://porkupineblog.blogspot.com/2006/05/myth-of-socialism-as-statism.html,

Advisers to Syrian President Bashar al-Assad have indicated Syria is ready to cooperate with President-elect Donald Trump. Assad himself said in an interview on Tuesday that if the president-elect fulfills his pledge to fight ISIS, he will be a “natural ally.” However, Assad has rightly identified the need for Syria to refrain from making any lasting judgments Read More…

Welcome to The Daily Wrap Up, a concise show dedicated to bringing you the most relevant independent news, as we see it, from the last 24 hours (8/1/19). As always, take the information discussed in the video below and research it for yourself, and come to your own conclusions. Anyone telling you what the truth Read More…

One Reply to “Exploring Free Market Anti-Capitalism: The Unknown Bridge Between The Left And Right”