Anyone who has spent the time going deep down the “rabbit hole” and researching in the realm of alternative information/conspiracy theory knows that a large majority of the world’s population hasn’t a clue as to what’s really going on in the world. However, all alternative researchers can relate to this because at one point they too were admittedly naïve and asleep to it all. In fact, almost all humans are born into some form of limited perception. There is a reason that the term “awakened” is often used by people in reference to their personal transformation from an in-the-box indoctrinated consumer to an open-minded free-thinker.

If people claim they are becoming awakened, then consequently, that must mean they were asleep before, unaware to a whole layer of reality that was happening simultaneously. With this in mind, it would seem that many people today are actually in a subtle trance prior to going through this awakening process, mesmerized and programmed by the main stream of information that dominates the cultures of the world; ultimately hijacking and infecting the collective consciousness. They can’t see or imagine any other possibility than the illusionary reality propagated by those in control of the power source. However, that is all beginning to change. Unlike any other time in known history, humans are beginning to awaken from the trance they’re under and seeing reality for what it truly is. It’s not exactly an easy process either, as truth doesn’t mold itself around our preconceived expectations and desires. It just is; and at the moment, it’s not exactly very pretty. However, as any addict will tell you, the first step to change is seeing reality for what it actually is and accepting it. 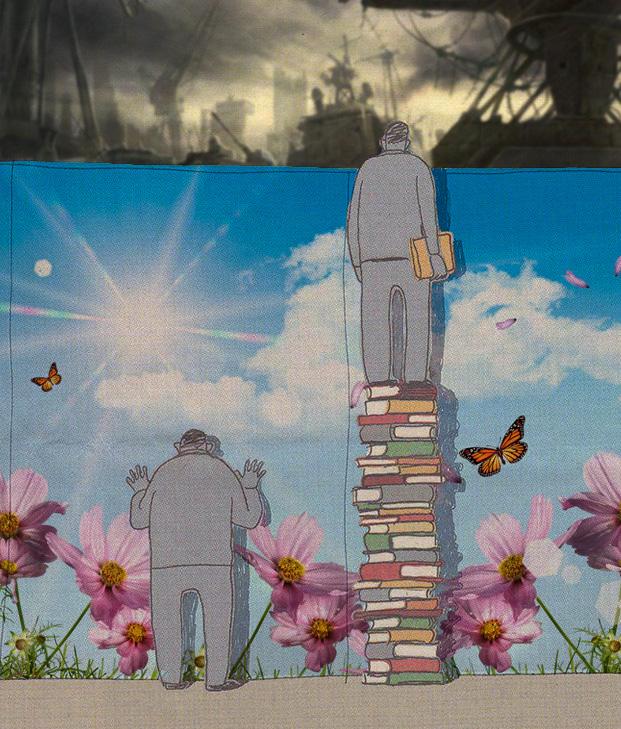 I had always been a curious kid with parents that didn’t have overly hardened ideological beliefs. Though I went to a catholic school and was heavily involved in sports, my surroundings allowed my mind the freedom to wonder. Although I was always very curious and had experimented with some different drugs as I got older, I was still very much inside the box that society had created for me. It was just a little bigger than before and I knew where some of the edges were, but I still longed for something more to explain the many things that didn’t seem to make any sense.

That was until 2009, when I read the best-selling book, The Mystery Method: How to Get Beautiful Women Into Bed

, which become the first major blow to my established ideological box. Now I am well aware that there are many things in this book which I wouldn’t necessarily 100% agree with now, or would at least expand upon with more context, however, what’s important is that the book introduced me to the deeper layers of relationships, dating, and human psychology that I had never even considered before. It was like a whole realm of hidden information that I had never been exposed to. Growing up I had never really been taught about relationships, attraction, or how to talk to women; so as a result, I would often get “friend-zoned” by girls I liked, never really understanding why. It would make me upset and confused because I simply didn’t have the tools or knowledge that was needed to be successful. Only after reading this book did I begin to not only understand the external dynamics of interacting with other people/the opposite sex, but I began to understand my own flaws that needed to be addressed. While my beliefs in that subject have changed over time, the book was a necessary catalyst in getting me to look at the problem from previously un-thought-of angles, which ultimately was the first step needed towards the long journey of personal transformation in that aspect of my life.

This however, would only plant the seeds for the beginning of my real spiritual and intellectual awakening which started a few years later in 2013 at the age of 23. It all came about after watching the Zeitgeist Documentary, a documentary trilogy that not only triggered my awakening, but has awakened many other lost souls. Although, again, as I have progressed my understanding of these topics, I have come to see problems with aspects of these films now as well. Nonetheless, the films were still a great launching point, which completely blew my mind and shattered my whole concept of reality. It was literally an epiphany moment, as if I had just been shaken awake and displaced from the trance I was under. If the mind had a cherry, I had definitely just popped it. I was literally pacing around the house with no idea of what to do, as I didn’t know who to talk to, why people were not talking about this information, and was still wondering if any of it was actually true.

At certain points in the beginning of my awakening, I definitely questioned whether I was going crazy because this was material that no one else understood, let along took serious. I felt very alone and disconnected.

However, this initial awakening was only the beginning, as Pandora’s box had now been opened and I could not hold myself back from exploring all that was previously hidden from me. I spent hours a day at it; researching everything I could get my hands on. It was like I had just discovered a completely new layer to reality that was extremely dense, yet seemed to piece together so many things that were previously unexplainable. I would compare it in many ways to being an explorer hundreds of years ago, where the discovery of new lands were completely opening up, not only the physical map of the world, but whole new realms of information and culture. While I was learning a lot, it was not easy, as everything I thought I knew was now in question. Only later did I learn that this was all part of the process of growth.

The reality is that growth is a very destructive process, as many of the truths we once thought to be concrete were now breaking down and engulfed by many contradictions. This can be incredibly taxing on the mind, as the hero’s, leaders, and facts that we once put faith in, are often not what we thought they were. Seeing reality for what it truly is, can be an incredible dose of truth that can be a hard pill to swallow; one in which many simply do not wish to partake. Many would rather stick their head in the sand in order to preserve their current paradigm rather than accept this wave of new information and build something new from it. However, looking back it all, I couldn’t be happier I chose this path.

Getting Over The Hump:

Despite all the personal challenges that await, getting people to dip into conspiracy theory and go down their first rabbit hole is the key to starting the process of change. Once someone comes to grips with the fact that there might be a lot of truth in one particular conspiracy theory, it then opens the floodgates of the mind to explore others. Any awakened person will tell you that once you start researching deeper into things, it’s pretty hard to stop and turn back. It’s the first one which is the hardest to overcome because it is the catalyst that shatters the old paradigm. This is tough to come to terms with and can take time to filter through the mind. However, once you recover from the blow, you can start to pick up the pieces and build a new, more accurate picture of reality.

In many ways, opening the mind and diving into the realm of conspiracy is like a rite of passage into higher realms of consciousness. Everyone must go through this uncomfortable process of awakening in order to grow in consciousness. I likened this to when a women “pops her cherry” because once she does this, she is no longer considered a young, naïve, innocent girl, but instead is on her way to becoming a raw and mature woman. There is no turning back from this moment, as you have now been exposed. This might be harsh or unpleasant for some people to think about, but it is a reality we cannot run or hide from. In essence, right now, we are the early adopters of this information and the tough road we walked to get here is all part of the process of becoming an awakened and aware human being. It is we who will now help facilitate the awakening of others and take this truth movement to the next level of change.

I really do believe that being able to entertain thoughts without attaching to them, such as data points labeled conspiracy, is a rite of passage into becoming a truly enlightened person. Aristotle is quoted as saying,

“It is the mark of an educated mind to be able to entertain a thought without accepting it.”

It might feel a destructive process at first, but once the initial fear and discomfort dissipate, the mind, body and soul begin to grow stronger. This takes time as no respected researcher went from A to Z in the first day. Some ideas that sounds crazy at first might not seem so crazy, as more knowledge is attained; just like one theory that sounded plausible at first might not be so appealing in more time. It’s a lifetime process that is never truly completed.

The first step, is getting people to jump into the cold shower and go down their initial rabbit hole with an open mind. I promise, you will come out alive and most likely humbled and hungry for more. Knowledge is power, so embrace it and run with it! Who knows how far we can go and where it will lead. The hope is that above all the death and destruction, is the brightest of lights. A light of pure truth in which all filters are removed so one can see reality for what it is. This s something to strive for. 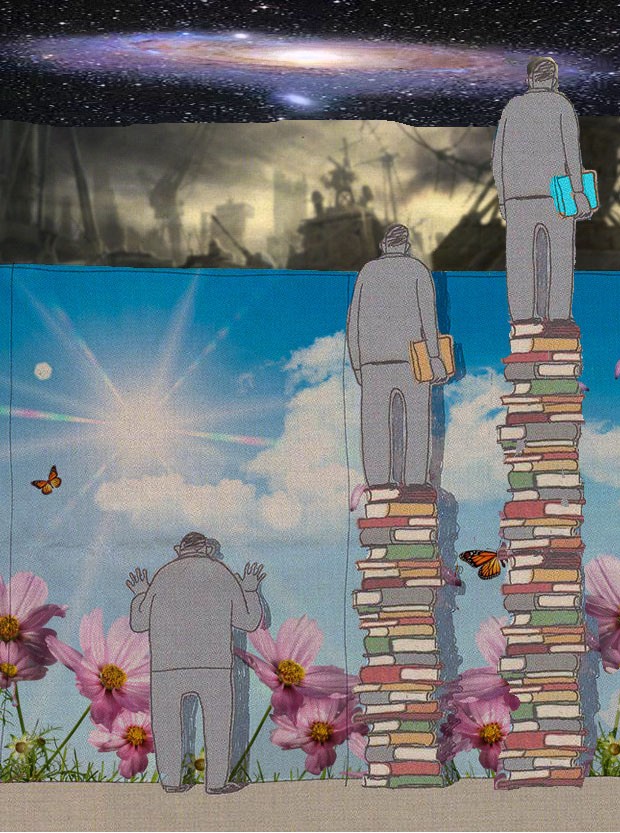 President Trump says he will be releasing a “very full report” on the Saudi murder of journalist Jamal Khashoggi in the Istanbul consulate within the next two days. Trump promised the report will include “who did it.” The odds are this official report won’t implicate the Saudi crown prince, as the CIA already did that in Read More…

Last week, Jame O’keefe and Project Veritas Action potentially altered the course of the U.S. election, or at a minimum raised serious doubts about the practices of the Clinton campaign and the DNC, after releasing two undercover videos that revealed efforts of democrat operatives to incite violence at republican rallies and commit “mass voter fraud.”  Read More…

The Criminal Duplicity of the Mainstream Journalist

We are faced by a shocking fact these days: the profession of journalism, and I speak of mainstream media journalism, has descended into truly toxic levels of printed and broadcast disinformation. One can now virtually count on the fact that what is being said on any topic of political significance, will be a carefully scripted Read More…