The largest asset bubble in the history of our planet is approaching the end of its lifespan, but that’s just the opening act. This time is different.

Few imagined how far the Fed would go to reinflate the economy in the wake of the 2009 crisis. It started with TARP, then “quantitative easing” QE1, QE2, and QE3. To stave off the last crisis the Federal Reserve slashed interest rates to zero and bailed out the banks by buying up 4.5 trillion of dollars of their distressed assets. At its peak the Fed was spending 40 billion on mortgage backed securities a month. This buying spree continued until October 29th, 2014. 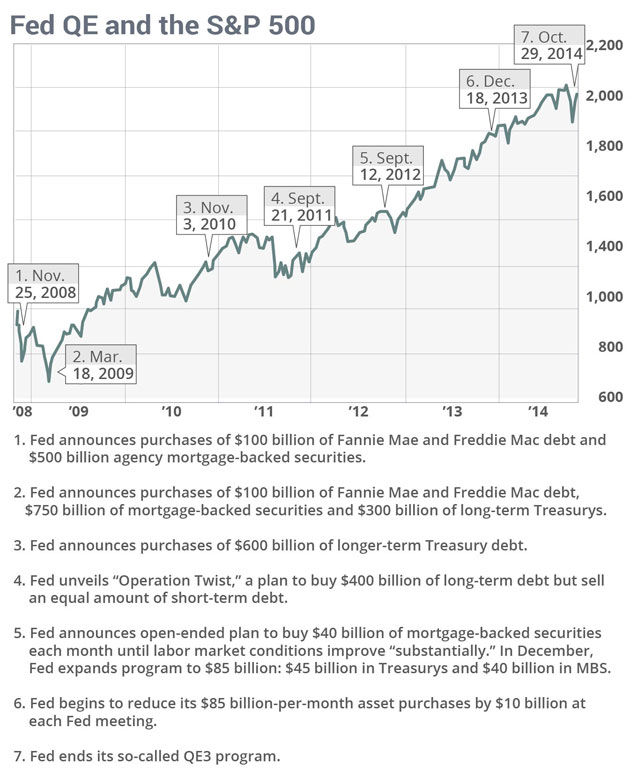 Most of these distressed assets are still on the books (see chart below). The fed began gradually selling these securities in 2017 at a rate of 9 billion per month and has continued into 2018. The unwinding of the fed balance sheet has the exact opposite effect as quantitative easing, in fact economist refer to it as quantitative tightening. It reduces the amount of liquidity (available cash) in the system. 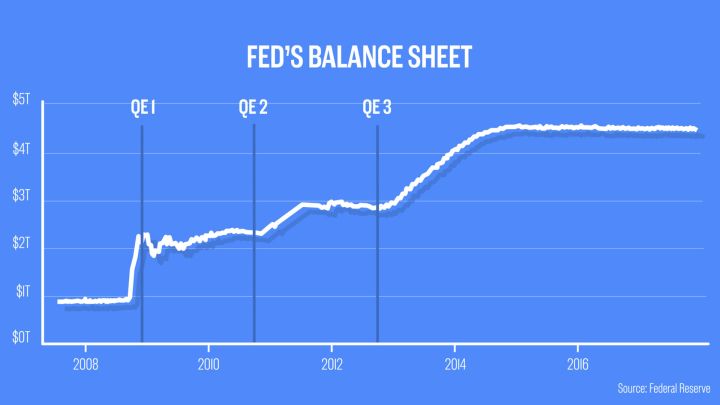 Now some speculate that the fed may be forced to halt the unwind process or even reverse course.

By itself, the tightening of monetary policy at the beginning of a stock market downturn presents a fundamentally different dynamic than was seen when the dot com bubble burst in 2001, or the housing bubble burst in 2007. The fed was positioned to slash rates in each of those cases, effectively injecting the system with cheap credit. This time around the fed has no ammunition. Don’t take my word for it. Just ask former Dallas Fed president Richard Fisher.

Trump just started a trade war with China. This showdown is in its early stages, and is set to escalate. The full effects haven’t even begun to be felt yet.

This time really is different.

Storm Clouds Gathering
“How do I know I can trust you?” is a question I hear in various forms. I don’t ask you to trust me. My job is to collect evidence, connect it with logic, and present it in a clear concise way. Ideas either stand on their own, or they don’t stand at all. The messenger is just a vector of transmission. Trust must be earned.
http://stormcloudsgathering.com/

The Global Consciousness Project is one of the most fascinating, revolutionary, and useful research initiatives being carried out in the world today. Its potential to improve the quality of our life is infinite, with the scientific method being its only hindrance – to prove beyond reasonable doubt that we are all one. GCP is the brainchild Read More…

Dominated by those hawkish against Iran, the Trump Administration has a sizable contingent that has been itching to start a war with Iran. It is a big enough concern that Congress has let this inform the language of bills. Numerous bills, including sanctions-related bills and recent National Defense Authorization Acts, have included language declaring that nothing Read More…