As you might have heard by now, Chinese President Xi Jinping has just appointed himself God Emperor For Life. Or, in Chinese Communist Party-ese: “The term of office of the State Council is the same as that of the National People’s Congress.”

For those keeping track at home, that’s the clause in the Chinese constitution that used to read: “The term of office of the President and Vice-President of the People’s Republic of China is the same as that of the National People’s Congress, and they shall serve no more than two consecutive terms.” But the rubber-stamp congress just passed a constitutional amendment dropping that term limit, so, unlike his predecessors, Xi Jinping will be able to continue on as President after his second five-year term expires in 2023.

Or, in other words: Meet Xi Jinping, President For Life!

Now, no one can say this was entirely unexpected. In fact, I raised the specter of Xi staying on after his second term in my editorial about last year’s National Congress. But the fact that it happened so quickly, and with so little preparation of the public, seems to have caught everyone off guard.

So what does this move really mean? As you might have expected, the answer is “a lot,” but not at all in the way you think. Allow me to explain.

You see, when it comes to actual political power in China, “President” is probably Xi’s least important title. Well, OK, you could argue that “Paramount Leader”—being a made-up title that corresponds to no actual office— is the least important, depending on how you look at it. But whatever way you slice it, Xi’s positions as “General Secretary of the Communist Party in China” and “Chairman of the Central Military Commission” are where his real political clout come from, and even if he had stepped down as president in 2023, he would still be the effective leader of the country if he retained those two titles.

Confused? Welcome to the wacky world of the People’s Republic of China! Here, maybe this will help:

In a nutshell, the Chinese presidency is a largely ceremonial office that grants very limited powers to its bearer. As the bastion of truthiness notes: “[T]heoretically, the President serves at the pleasure of the National People’s Congress, the legislature, and is not legally vested to take executive action on its [sic] own prerogative.” In one-party China, “General Secretary of the Communist Party” is a much more important position, bringing with it a standing position on the ruling Politburo and directorship of the party’s Secretariat. And, as you might guess from the title, the “Chairman of the Central Military Commission” (CCMC) is the commander of the world’s largest (by size, not funding) military forces.

It is not constitutionally mandated that all three of these titles—President, General Secretary, and CCMC—be held by the same person. Jiang Zemin retained the CCMC position when he stepped down as president in 2002, and it wasn’t until he relinquished that position two years later that his successor, Hu Jintao, became the formal head of the Chinese military. And before Jiang there was Deng Xiaoping, who ruled the country under the made up “Paramount Leader” title without having been President or General Secretary (and who continued to wield enormous political power even after his formal retirement in 1989).

In short: Game of Thrones: China Edition is more of a make-it-up-as-you-go-along affair than a formal, institutionalized system of rules and procedures. 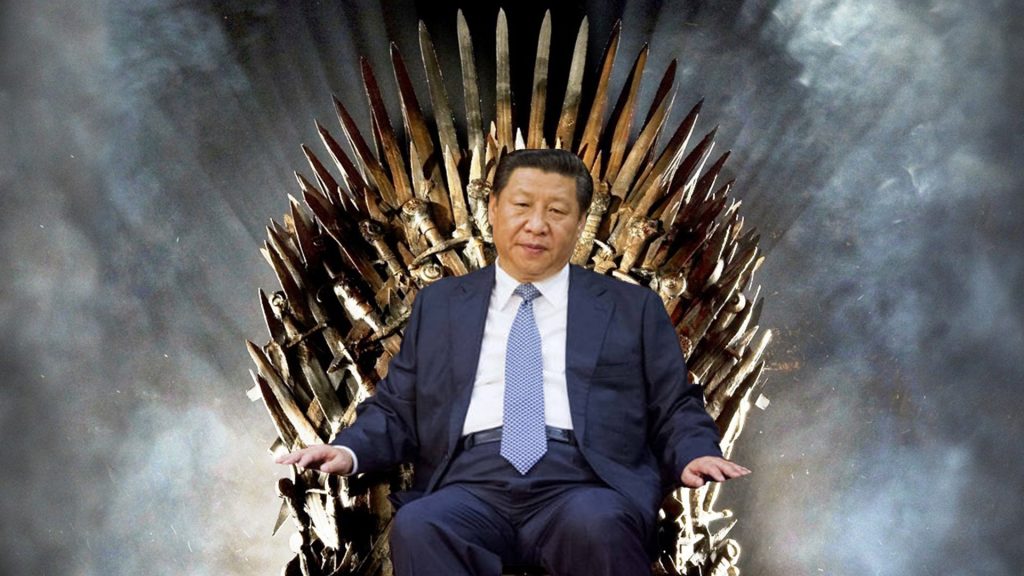 So Xi has left his mark by essentially claiming the President For Life title, or at least removing the constitutional restrictions on remaining in that office for as long as he wants (or as long as he maintains control over the party’s squabbling power factions). But why? If the “President” title is more ceremonial than an actual indicator of political power, why would he go out of his way to ram a (deeply unpopular) constitutional amendment through China’s rubber-stamp congress in order to retain that position?

The answer lies not in China’s domestic political system or in the Communist Party’s internal power politics, but in China’s changing role as a rising economic and geopolitical power. Even a decade ago, the question of which Chinese face sat at the table during presidential summits and other international meetings was, on the whole, not a terribly important one. But now that China is a global(ist) player at the big boy table, the presidential title is increasingly important for Xi and his global(ist) ambitions. As President, Xi gets to make keynote addresses to the globalist gaggle at Davos (a PR coup so important that the ChiCom media still gloats about it!) and convene summits with world (mis)leaders to discuss his trillion-dollar Belt and Road project.

In the 21st century, China’s world-facing “President” is suddenly an important figure, and that’s why Xi has no intention of giving up the title any time soon.

So we have President For Life (or until he gets dethroned) Xi. We have Vice-President for Life Wang Qishan being an old childhood friend of Xi’s. We have Yang Xiadou, Xi’s trusted aid, appointed to head the new  “anti-corruption” agency. And we have Xi Jinping Thought on Socialism with Chinese Characteristics for a New Era (which, it should be noted, is every bit as ridiculous as it sounds) being formally enshrined in the Chinese constitution. You’ve heard it before, but it’s worth repeating: No Chinese (mis)leader since Mao has held as much political power as Xi. So the real question is, “What is he going to do with that power?”

Well, so far, Xi has ramped up China’s crackdown on online dissent (which recently included banning the letter “N” from the Chinese internet).

He has overseen the construction of the most pervasive and Orwellian police state system yet seen, from the Uighur surveillance state in Xinjiang to the world’s largest facial recognition database (and the facial-recognition glasses-wearing police officers to go along with it).

He has stewarded China’s entry into the IMF’s SDR basket, furthering the People’s Bank of China’s Governor’s campaign to use the globalist asset as the new world reserve currency.

He has guided China’s attempts to conform to “international standards,” like spying on its allies, constructing foreign military bases, and using military threats in geopolitical spats.

Oh yeah, and he’s been throwing around foreign reserve debt-based funny money on development projects in countries that are willing to play ball with Chinese businesses, so I guess it’s all for the good! (<-Sarcasm)

Let’s just say I’m not holding my breath for China to swoop in and save us from the New World Order agenda anytime soon. 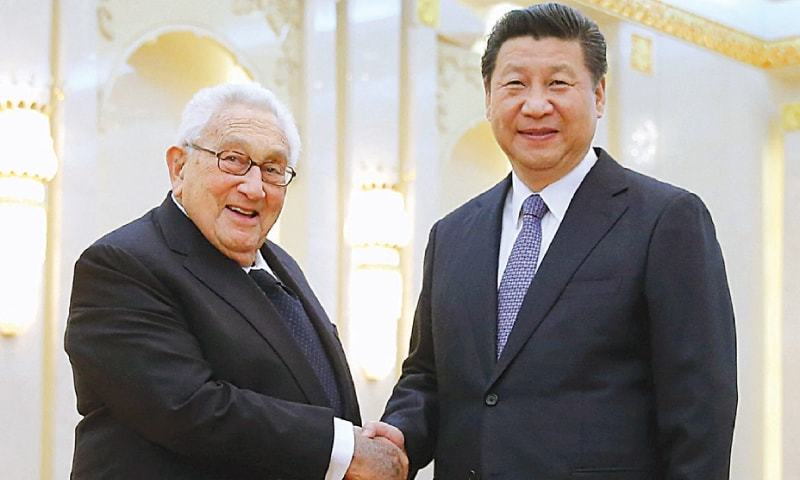 For those just catching up on the story, I suggest (as always) my previous reporting on this subject, including “China and the New World Order,” “Phoney Opposition: The Truth About the BRICS,” and “The Great Decoupling: How the West is Engineering its Own Downfall.”

In the meantime, you better get used to hearing about President Xi, because that moniker is not likely to go away anytime soon.

Welcome to The Daily Wrap Up, a concise show dedicated to bringing you the most relevant independent news, as we see it, from the last 24 hours (8/6/18). So we’re told that Syria and Iran are places that need US intervention to save their people from a tyrannical leader or government, to save them from Read More…