February we first reported on the Anwan brothers, the (Not-Russian) IT Staff Who Allegedly Hacked Congress’ Computer Systems.

The brothers were barred from computer networks at the House of Representatives Thursday, The Daily Caller News Foundation Investigative Group has learned.

Three members of the intelligence panel and five members of the House Committee on Foreign Affairs were among the dozens of members who employed the suspects on a shared basis. The two committees deal with many of the nation’s most sensitive issues, information and documents, including those related to the war on terrorism.

The brothers are suspected of serious violations, including accessing members’ computer networks without their knowledge and stealing equipment from Congress.

The three men are “shared employees,” meaning they are hired by multiple offices, which split their salaries and use them as needed for IT services.

Then in March, we noted that House Democrats decided to delay the firing (until today) because their Muslim background, some with ties to Pakistan, could make them easy targets for false charges.

“I wanted to be sure individuals are not being singled out because of their nationalities or their religion. We want to make sure everybody is entitled to due process,” Meeks said.

“They had provided great service for me. And there were certain times in which they had permission by me, if it was Hina or someone else, to access some of my data.”

Fudge told Politico on Tuesday she would employ Imran Awan until he received “due process.”

“He needs to have a hearing. Due process is very simple. You don’t fire someone until you talk to them,” Fudge said.

On Wednesday, Lauren Williams, a spokeswoman for Fudge, wouldn’t provide details about Imran Awan’s firing but did confirm he was still employed in Fudge’s office as of Tuesday afternoon.

The bottom line is simple – these House Democrats decided it was better to be at risk of hacking and extortion than to be accused of racism. 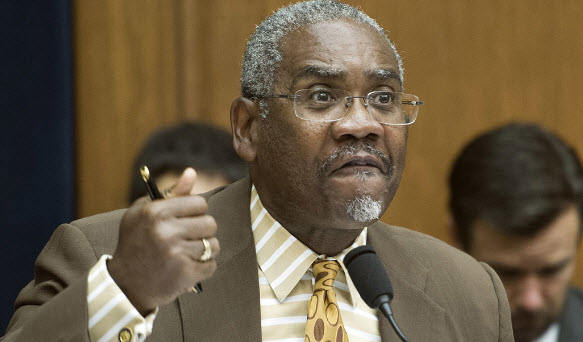 The baffled aides wonder if the suspects are blackmailing representatives based on the contents of their emails and files, to which they had full access.

“I don’t know what they have, but they have something on someone. It’s been months at this point” with no arrests, said Pat Sowers, who has managed IT for several House offices for 12 years. “Something is rotten in Denmark.”

A manager at a tech-services company that works with Democratic House offices said he approached congressional offices, offering their services at one-fourth the price of Awan and his Pakistani brothers, but the members declined. At the time, he couldn’t understand why his offers were rejected but now he suspects the Awans exerted some type of leverage over members.

“There’s no question about it: If I was accused of a tenth of what these guys are accused of, they’d take me out in handcuffs that same day, and I’d never work again,” he said.

And today, The Daily Caller’s Luke Rosiak reports Rep. Debbie Wasserman Schultz threatened the chief of the U.S. Capitol Police with “consequences” for holding equipment that she says belongs to her in order to build a criminal case against a Pakistani staffer suspected of massive cybersecurity breaches involving funneling sensitive congressional data offsite.

The Florida lawmaker used her position on the committee that sets the police force’s budget to press its chief to relinquish the piece of evidence Thursday, in what could be considered using her authority to attempt to interfere with a criminal investigation. 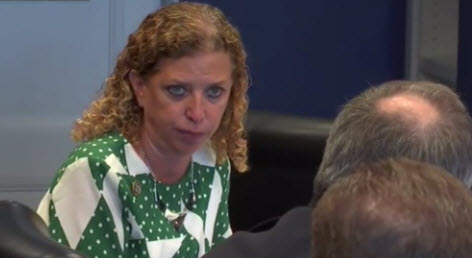 The Capitol Police and outside agencies are pursuing Imran Awan, who has run technology for the Florida lawmaker since 2005 and was banned from the House network in February on suspicion of data breaches and theft.

“My understanding is the the[sic] Capitol Police is not able to confiscate Members’ equipment when the Member is not under investigation,” Wasserman Schultz said in the annual police budget hearing of the House Committee On Appropriations’ Legislative Branch Subcommittee.

“I think you’re violating the rules when you conduct your business that way and you should expect that there will be consequences,” Wasserman Schultz said.

As one of eight members of the Committee on Appropriations’ Legislative Branch subcommittee, Wasserman Schultz is in charge of the budget of the police force that is investigating her staffer and how he managed to extract so much money and information from members.

In a highly unusual exchange, the Florida lawmaker uses a hearing on the Capitol Police’s annual budget to spend three minutes repeatedly trying to extract a promise from the chief that he will return a piece of evidence being used to build an active case.

“If a Member loses equipment and it is found by your staff and identified as that member’s equipment and the member is not associated with any case, it is supposed to be returned. Yes or no?” she said.

Police tell her it is important to “an ongoing investigation,” but presses for its return anyway.

The investigation is examining members’ data leaving the network and how Awan managed to get Members to place three relatives and a friend into largely no-show positions on their payrolls, billing $4 million since 2010.

The congresswoman characterizes the evidence as “belonging” to her and argues that therefore it cannot be seized unless Capitol Police tell her that she personally, as opposed to her staffer, is a target of the investigation.

When TheDCNF asked Wasserman Schultz Monday if it could inquire about her strong desire for the laptop, she said “No, you may not.” After TheDCNF asked why she wouldn’t want the Capitol Police to have any evidence they may need to find and punish any hackers of government information, she abruptly turned around in the middle of a stairwell and retreated back to the office from which she had come.

Her spokesman, David Dameron, then emerged to say “We just don’t have any comment.”

Though on the surface Wasserman Schultz would have been a victim of Awan’s scam, she has inexplicably protected him, circumventing the network ban by re-titling him as an “adviser” instead of technology administrator.

Politico described him and his wife, Hina Alvi, as having a “friendly personal relationship” with both Wasserman Schultz and Rep. Gregory Meeks of New York.

That baffled a Democratic IT staffer, who said

“I can’t imagine why she’d be that good of friends with a technology provider.”

“Usually if someone does bad stuff, an office is going to distance themselves” rather than incur political fallout for a mere staffer.

Wasserman Schultz resigned as Chairman of the Democratic National Committee in 2016 after WikiLeaks published thousands of internal emails obtained by an as-yet unidentified hacker.

The New York Police Department has suspended the use of almost 3,000 body cameras after one exploded, leaving some of the city’s police force unrecorded for the foreseeable future. According to studies, not much will change. An NYPD officer noticed smoke rising from his camera on Saturday, and took it off before it exploded. Nobody Read More…

Military commander of Hay’at Tahrir al-Sham (HTS) in the southern Aleppo countryside, Zubair al-Turkmani, told the Ibaa news network on October 27 that HTS fighters shelled a gathering of Syrian Arab Army (SAA) troops near the town of Khab Tuman, which is located northwest of the city of Aleppo. “We also detected a sniper of Read More…

It was the end of the big year with three zeroes. The first X-Men movie had broken box office records. You couldn’t set foot in a supermarket without listening to Brittney Spears caterwauling, “Oops, I Did It Again.” And Republicans and Democrats had total control of both chambers of legislatures in the same amount of Read More…