Consider the allegory that agriculture can pose for psychoanalysis. During summer, the farmer is at their prime peak of physical exertion, mental coordination, and the constraints that stem from time management—the greater the farmer can compound his efforts in these fronts and more, the more amenities and comforts he will have allowed himself during the times that his efforts are futile. The autumn season is the adjustment, surely, and the time for the farmer to harvest and gather his resources, and shift his physical and mental necessities towards an entirely different component of life: winter. With winter, the farmer has reaped what he has sewn, and judging by the efforts taken during the summer, his efforts in winter will not necessarily be easier (for winter bears its own climatized difficulties) but the farmer will have maintained the faculties necessary to sustain him during a time when his efforts must be taken from the complex mechanisms of culture, and deeper into his mind and into a state of survival. 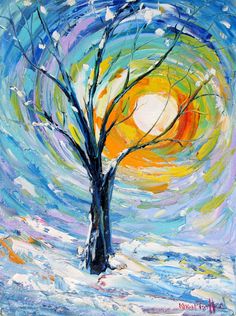 While efforts toward survival may be certainly lessened during the winter thanks to modern technology, and the rush of the summer-time is often not as desperate thanks to modern economic conventions, but certainly the human being still has become acquainted with the pitfalls of these contemporary cultural achievements, and thus maintains their own energetic patterns of environmental interaction during states of weather that can vary intensely.

Additionally, for all the people who have maintained lifestyles outside of harsh winterized climates (this loose definition catching anything from the Windy City to Scandinavia and climates in between), this lack of dramatic change in the seasonal climate is equally telling of a person’s character. Surely, this is not to say that human sociology can be predicted with weather patterns—but no one, especially someone who has worked in the retail or restaurant industries, can deny that there is naturally more social interaction on a sunny day than there is a rainy day—equally, the seasons can be seen as categories of social exchange rates amongst society and/or culture. 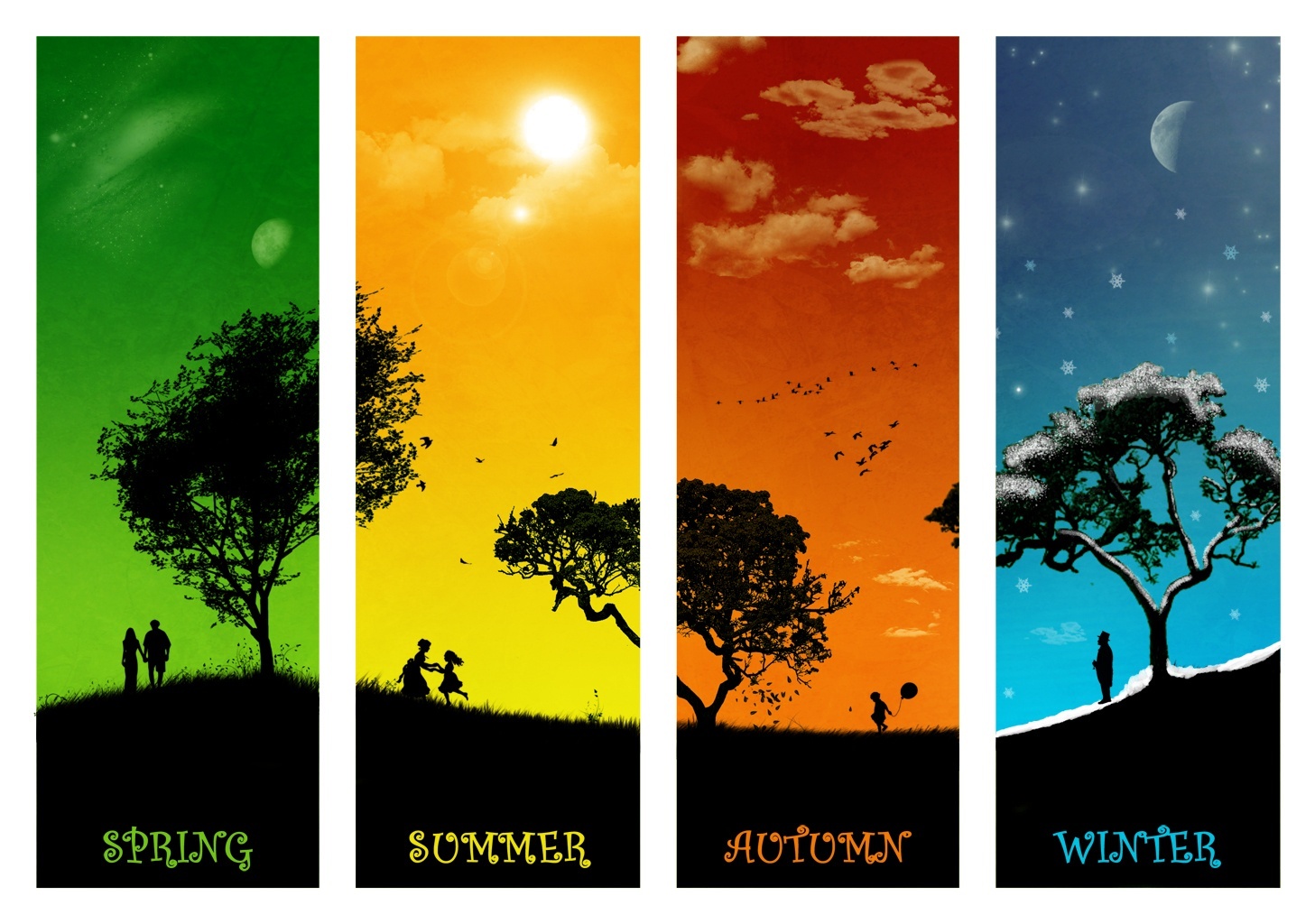 From the esoteric perspective, these were some of the empirical foundations of ancient astrology, which modern astrology tends to veer so very far away from, and this was also considered a fundamental aspect in the decision of where a human soul would decide to reincarnate. Even in classical empirically-based numerology and astrology (and for those who doubt, there really is such a thing) longitudes and latitudes play important calculative roles in understanding the data represented innately by the individual.

A person cannot gain anything from classical astrology, numerology, or tarot unless they understand the scientific, cymatic, Pythagorean notion of mathematical manifestation—the perfect example being mathematic equations that create music. There are certain patterns that can transcend set planes of expression, and arts like these three, and especially astrology, have much less to do with literal daily calculations of planets and electromagnetic energies, et cetera, and more so to do with what a human being can decipher from taking an entirely objective perspective to the classical and empirical symbols that innately formulate the equations of their life circumstances, and coalesce to produce the rhythm of their existence.

This focus on translation of symbolism, with astrology as example, is one reason why there are multiple cultural disciplines of astrology, such as Babylonian, Egyptian, Greek, Indian, Chinese, et cetera. Follow the traditional Mystery Schools, and the Iniatic Rites of Asia and elsewhere, and one will naturally find a complex set of astrological calculation, symbolism, and interpretation. This is also why it is often recommended by esotericists that a student settle on the study of astrology that stems from the culture they have been grown in. Astronomy is the physical calculations of celestial bodies, and astrology is the symbolic, socio-cultural interpretation of the patterns of these celestial bodies in order to glean the deeper socio-cultural understandings from the intrinsic patterns of nature that innately shape every human being. After all, the great debate between “Nature versus Nurture” has long since been settled, even in the slow-to-adapt scientific community, has been settled as an undeniably important combination of the two.

To take some verses from the Bible (lest we not forget that the Old Testament was written by initiated Kabbalists aware of the esoteric sciences of numerology, astrology, and tarot, and were the keepers of the Kabbalist Tree of Life):

Bringing this back down to the consideration of winter, take into account the scientific efficacy of cold, often freezing temperatures, to control isolates in chemistry.

Now consider the poem entitled Stopping by the Woods on a Snowy Evening , by Robert Frost:

Whose woods these are I think I know.

His house is in the village though;

He will not see me stopping here

To watch his woods fill up with snow.

My little horse must think it queer

To stop without a farmhouse near

Between the woods and frozen lake

The darkest evening of the year.

He gives his harness bells a shake

To ask if there is some mistake.

The only other sound’s the sweep

Of easy wind and downy flake.

The woods are lovely, dark and deep,

But I have promises to keep,

And miles to go before I sleep,

And miles to go before I sleep.

With alchemy as a psychosomatic allegory for purification of the self, winter as illustrated by Frost’s poem, is truly an alchemical distillation to the human being in the way the freezing temperatures aid chemistry in the aforementioned sense. Winter is one of Mother Nature’s ultimate morals to the story, as in, the individual truly learns their “worth in salt,” to use an old adage, when winter hits. Not only are they given an unfiltered and unavoidable assessment of their use of time and resources during their fruitful times in life, but they are met with this sort of socio-cultural control temperature that helps guide the human mind inward, into a contemplative state—if they are not busy surviving, that is, which can also be seen as a reflection of the person’s inward state (or lack thereof, in some cases). Even this “state of survival” of winter, though, can bring about this sort of mental distillation and purification, as anyone who has been on a long camping trip or hiking adventure by themselves can attest to.

It is with this line of thought that the winter season takes on its much deeper, nuanced, symbolic definition. Taking the physical winter season out of the equation, winter symbolizes or represents that state of psychotherapeutic “distillation” of a person’s thoughts, which often occurs by channeling inspiration out of a painful event, such as the loss of a loved one or any form of lingering PTSD, et cetera. (See this article for more details.)

F. Scott Fitzgerald’s short story, “Winter Dreams,” provides a fairly brief, entertaining, and very poignant illustration of this metaphor of winter throughout the trials and tribulations of life, and what it takes to turn this strife and “state of survival” that winter can bring, into a state of distillation and eventual purification of the mind.

It is simply a fact of life that most, if not all the best answers are found when “reading between the lines;” which is to say, the context of a situation often holds the most valuable information. Mother Nature’s seasons, especially winter, are no different.

US forces will remain in Syria so long as any Iranian-related forces operate there, the Trump administration has declared. Syria invited Iran to help fight jihadist rebels and ISIS, while denouncing the US presence as illegal. “We’re not going to leave as long as Iranian troops are outside Iranian borders, and that includes Iranian proxies Read More…

War on Drugs or War on Freedom: One Nation’s Perception/Deception of Cannabis

Note from the Author: It is easy in this unruly and manipulated time to be labeled “un-American” simply for choosing to speak out. Admittedly, I have some views that many may find “outside the box,” to put it lightly, but that does not mean I am anti-America or against America. It is exactly our right Read More…

The list of countries refusing Monsanto’s genetically modified crops continues to grow. Highlighting the world divide on the issue, Brazil recently refused all U.S.-grown GM crops. While we are continually force-fed genetically modified foods — since they are in approximately 80 percent of all packaged, conventional foods in grocery stores in America — other countries are refusing Read More…