Just a day after reports emerged that the FBI had seized a number of “smashed hard drives” and other computer equipment from the residence Imran Awan, the IT aide of Debbie Wasserman-Schultz, we learn that Awan has been captured at the Dulles airport while attempted to flee the country.  According to Fox News, Awan has been charged with bank fraud.

Feds/USCP picked up Imran Awan at Dulles Aiport last night as he was “trying to leave the country.” Has been arraigned. Surrendered passport

Inexplicably, or perhaps not, Awan has been kept on the payroll of former DNC Chair Debbie Wasserman-Schultz despite a rapidly escalating scandal that potentially involves multiple federal crimes.

Group of Hse Dems fired other Hse IT staffers probed by USCP. But Wasserman Schultz kept Awan on payroll. He was barred from Hse servers

Fox is told that Hse IT staffer Imran Awan is still on Hse payroll for moment under Wasserman Schultz.

Meanwhile, here is a list of the 30 other Democrats that had the Awans on their taxpayer-funded payrolls.

Some of the #Democrats who had Pakistani IT workers (currently under investigation) on their payroll. #AwanBrothers https://t.co/XvrJ6H1iW9 pic.twitter.com/gVjNkfqWH3

For those who have managed to avoid this story, which wouldn’t be difficult given that the mainstream media has made every attempt to ignore it, the Pakistani-born brothers Abid, Imran, and Jamal Awan are at the center of a criminal investigation by U.S. Capital Hill Police and the FBI.  Up until now, allegations of wrong doing have varied from overcharging taxpayers for congressional IT equipment to blackmailing members of Congress with secrets captured from the emails of their Democrat employers.

Just yesterday we learned that FBI agents reportedly seized a number of “smashed hard drives” and other computer equipment from the Awan’s former residence in Virginia.

Pakistani-born Imran Awan, long-time right-hand IT aide to the former Democratic National Committee (DNC) Chairwoman, has since desperately tried to get the hard drives back, the individual told The Daily Caller News Foundation’s Investigative Group. 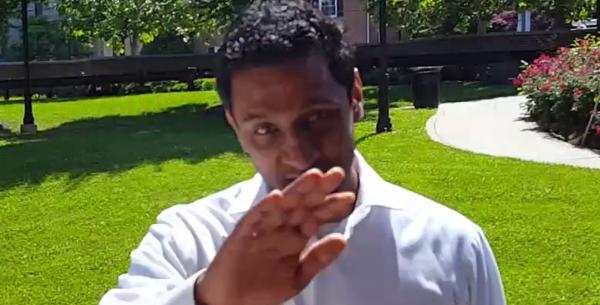 As background, Imran was first employed in 2004 by former Democrat Rep. Robert Wexler (FL) as an “information technology director”, before he began working in Rep. Debbie Wasserman Schultz’s office in 2005.

The staffer’s services were so important to congressional members, that on March 22, 2016, eight democrat members of the House Permanent Select Committee on Intelligence issued a letter, requesting that their staffers be granted access to Top Secret Sensitive Compartmented Information (TS/SCI). Of those that signed the letter were representatives Jackie Speier (CA) and Andre Carson (IN), the second Muslim in Congress, both of whom employed the Awan brothers.

The brothers were also employed by members of the House Permanent Select Committee on Intelligence and the House Committee on Foreign Affairs, such as: Jackie Speier (D-CA), Andre Carson (D-IN), Joaquín Castro (D-TX), Lois Frankel (D-FL), Robin Kelly (D-IL), and Ted Lieu (D-CA). Lieu has since openly called for leaks by members of President Trump’s administration despite the fact that he may until recently have been under surveillance by a foreign entity.

One bombshell that has been all but ignored by the main stream media is that Imran Awan had access to Debbie Wasserman Schultz’s iPad password, meaning that the brothers also had direct access to the notorious DNC emails.

The brothers are accused of removing hundreds of thousands of dollars of equipment from congressional offices, including computers and servers, while also running a procurement scheme in which they bought equipment, then overcharged the House administrative office that assigns such contractors to members.

Some congressional technology aides believe that the Awan’s are blackmailing representatives based on the contents of their emails and files, due to the fact that these representatives have displayed unwavering and intense loyalty towards the former aides.

Meanwhile, back in March the Daily Caller reported that the Awan brothers were essentially holding their stepmother in “captivity” in order to extort her for money she had stashed away in Pakistan.

Congressional staffers allegedly held their stepmother in “captivity” with violent threats in a plan to use her to access money stashed away in the Middle East. The staffers are suspected of using their positions to enrich themselves.

Days before U.S. Capitol Police told House members three Pakistani brothers who ran their computer networks may have stolen congressional data, their stepmother called Fairfax County, Virginia police to say the Democratic staffers were keeping her from her husband’s deathbed.

A relative described the woman’s life as being completely controlled by the brothers for months while they schemed to take their father’s life insurance.

The brothers — who as IT professionals for Congress could read House members’ emails — allegedly used wiretapping devices on their own stepmother and threatened to abduct loved ones in Pakistan if she didn’t give them access to money stowed away in that country.

Of course, if Republicans and/or members of the Trump administration hired foreign-born IT specialists who were suspected of committing a laundry list of federal crimes and then smashed a bunch of hard drives just before skipping town…we’re sure the media would still gloss right over it in much the same way they’re doing for the the Democrats in this instance.

After wild horses were removed from their natural habitat by the Bureau of Land Management (BLM ), to allow for privately owned cattle to graze on the land for profit, the BLM has now made the decision to euthanize 44,000 wild horses it has been keeping in numerous holding facilities across the United States. Bureau of Land Read More…

As military drills between allies the United States and South Korea continue in East Asia, North Korea has just released a propaganda video that depicts the North blowing up a U.S. aircraft carrier and a B-1B bomber. “So pathetic. Nuclear aircraft carrier of the Sea is just a creature metamorphoses that would die with a Read More…

4 Ways The Crime Lab Can Frame You

So you’ve heard about the AI systems that can detect if you’re lying in the courtroom, right? Or the new security cameras that will be able to automatically spot suspicious behavior? Or the Department of Homeland Security’s “Future Attribute Screening Technology” that will supposedly help law enforcement discover whether someone is going to commit a crime before the Read More…