The New York Times reported on October 22 that the United States has “just over 240,000 active-duty and reserve troops in at least 172 countries and territories,” which is a staggering total. But in an intriguing revelation the Times reported that there are a further 37,813 troops deployed “on presumably secret assignment in places listed simply as ‘unknown.’ The Pentagon provided no further explanation.”

It is not surprising that Washington’s war-spreaders do not supply information to the American public concerning the location of soldiers, sailors, marines and airmen involved in clandestine operations around the globe, because this might bring to light the lack of justification for such deployments. Concurrent with denial of information, however, is an energetic campaign aimed at convincing Americans that everything to do with military strength is laudable and that those who voice the slightest criticism of the armed forces are unpatriotic or even traitorous.

The American public, including the many who maintain a sane and even-handed approach to military expansion, are in general (if one may use that word in this context) much in favour of the military. For example, they love seeing and hearing marching musicians at public functions, but it is not the love of music that has motivated the Pentagon’s conductors to allocate over 400 million dollars a year on 130 military bands.

Don’t get me wrong: as a former soldier I am much in favor of these bands. There are few things more rousing and toe-tapping than a drumming, thumping, immaculately dressed, triple ranked, step-perfect batch of hooters and tooters. They’re marvelous. And they’re one of the best psychological operations weapons that the Pentagon has got to convince the citizens of America that their military is perfect.

The bands draw vast crowds at sports events and all sorts of community gatherings, and even the most kind-hearted, sweet tempered pacifist citizen can hardly fail to be moved to ecstatic flag-happiness by the joyful tunes of unbridled patriotism.

Then across the sky roar some superbly-piloted military airplanes, flashing, twisting, turning at unbelievable speed with immaculate precision and wonderful professional technique. The twelve aerial display teams of the US military services are astonishing in their skillfulness and, for example, the USAF Air Combat Command F-16 Demonstration Team performs no fewer than 25 times this year, while the Blue Angels, the Navy’s wonderful aerobatic artists appear at 35 airshows, of which I was at the first in 2017, after their winter training, on March 11 at the Naval Air Facility El Centro in California. It was a classic display of aerial mastery. Their virtuosity is breathtaking.

And so is the expense to US taxpayers, of course, because the military services are giving 290 aerial displays in 2017, all attended by thousands of people who leave them, understandably, with memories of wonderful pilots performing amazing feats of dexterity.

Bands and aerobatics have the effect of pumping up the public’s already high regard for the armed forces, but even then there’s secrecy. In a telephone interview from Doha, Qatar, the leader of the Air Force rock band, Max Impact, Senior Master Sergeant Ryan Carson, said that “Until you see what we do, it’s hard to really understand the impact music can have,” which is certainly true, but then he told the interviewer that his band had played in Egypt, Jordan, Kuwait — and a number of what he called “undisclosed locations.” Now why should the US public be denied information about where Max Impact performs? By definition, it’s difficult to keep bands quiet about where they are, and their whereabouts must have been known to their audiences.

It’s difficult to believe that Max Impact has an undercover mission, but perhaps they are tasked with playing to some of the 37,813 troops deployed “on presumably secret assignment in places listed simply as ‘unknown’.” You could compose a song about it, but it’s a great deal more serious than that.

Following the debacle in Niger on October 4 in which four American special forces soldiers were killed by unknown assailants there were questions asked concerning numbers and locations of US troops engaged in combat in Africa and elsewhere. The Secretary of Defence, General James Mattis, declared that the soldiers in Niger were there because the US is involved “in the campaign to throw ISIS and the terrorists, the radicals, those who foment instability and murder and mayhem, off their stride.” It is questionable whether this is consistent with the general’s insistence that “any time we commit our troops anywhere it’s based on answering a simple first question. And that is ‘Is the well-being of the American people sufficiently enhanced by putting our troops there?’ [where] we put our troops in a position to die.”

To judge from the mainstream media’s cover of the Niger tragedy the citizens of the United States do not appear overly concerned about soldiers dying. The magic of marching bands and swooping wings have gone far in persuading citizens that wherever their armed forces are fighting, there is a good sound patriotic rationale for their operations, as made clear by Senator Lindsey Graham who announced that in regard to the US confrontation with North Korea, “If we have to, we’ll go to war. I don’t want to, but if we have to, we’ll go to war. And I’ll tell you who’ll win that war: We will” which is fairly typical of the mood in Congress, just as it was in the quagmire years of the catastrophic Vietnam War.

Graham had to admit that “I didn’t know there was 1,000 troops in Niger,” although he quickly added that after he “got a little insight on why they were there and what they were doing. I can say this to the families: They were there to defend America. They were there to help allies. They were there to prevent another platform to attack America and our allies.” But even he had to confess that “We don’t know exactly where we’re at in the world, militarily, and what we’re doing” which is the most open acknowledgement of confusion to emanate from Congress in some time.

US forces are engaged in open warfare in Iraq, Syria and Afghanistan, in addition to carrying out offensive military operations — mainly drone and other airstrikes, but also involving special forces and CIA crash and bash raids — in many other countries, including Libya, the Philippines, Somalia, Pakistan and Yemen. There will continue to be an increase in the numbers of troops, ships, drones and strike aircraft based in and around the 172 countries in which the New York Times tells us they are already present, and Washington’s wars will expand in complexity and purpose.

Unfortunately, the American public appears unconcerned about the spread of war around the world, and it has to be remembered that two days after the US invaded Iraq on March 20, 2003, a Gallup poll showed that 72 percent of Americans supported war. In November 2001, as Afghanistan was being attacked by US forces, Gallup indicated “that Americans favor the use of ground troops in Afghanistan by more than a four-to-one margin, 80% to 18%.”

When the Vietnam War ended in 1975 with the fall of Saigon, after countless Vietnamese and over 58,000 Americans had been killed, the NBC reporter David Brinkley stood among the rows of gravestones in Arlington Cemetery in Washington DC, and delivered a most pungent warning. Clearly and impassively he said:

“When some future politician for some reason feels the need to drag this country into war, he might come out here to Arlington and stand right over there somewhere to make his announcement and tell what he has in mind. If he can attract public support speaking from a place like this, then his reasons for starting a new war would have to be good ones.”

The marching bands play on, although often the buglers play ‘Taps’ at military funerals, and most American citizens seem content to accept expansion of Washington’s wars, which will continue to destabilize the regions in which they are waged. 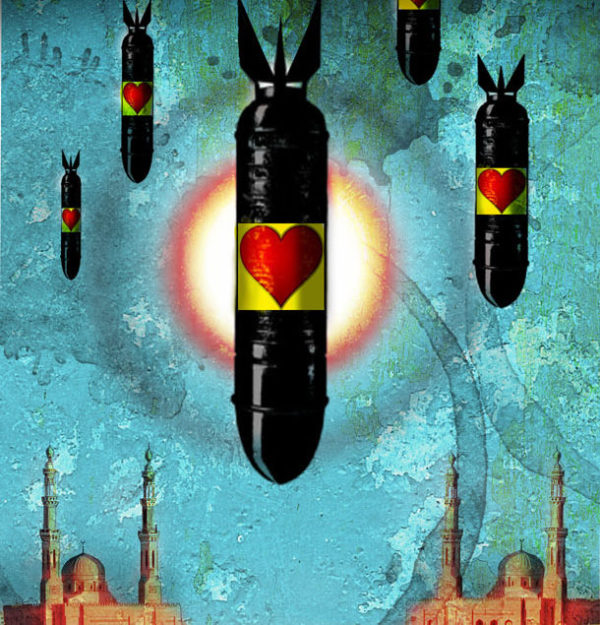 As an ally of the United States’ “counter-terrorism” operation in Yemen, the United Arab Emirates established 18 prisons throughout territory under their control. The so-called “liberators” in Yemen are sexually and physically torturing detainees at secret prisons. Survivors recall disturbing stories laden with gruesome interrogation tactics for extracting false confessions. Meanwhile, the Saudi-led coalition in Read More…

Fourteen federal agencies, along with the DEA, are working to construct an anti-cannabis propaganda campaign in the face of growing legalization across the United States, according to an exclusive report from Buzzfeed News. The outlet says it viewed memos and documents from the Marijuana Policy Coordination Committee that show the White House has instructed these 14 agencies to compile Read More…

Out of This World Science Technology Top News Will World

While the American political system devolves before the watchful eyes of the world, while the Middle East continues their out-of-control spiral into violence and Kim Jong Un has his own men blown away with anti-aircraft guns, a group of scientists specializing in the search for intelligent, extraterrestrial life uncovered a puzzling, and altogether unexpected message Read More…