The mainstream U.S. media is congratulating itself on its courageous defiance of President Trump and its hard-hitting condemnations of Russia, but the press seems to have forgotten that its proper role within the U.S. democratic structure is not to slant stories one way or another but to provide objective information for the American people.

By that standard – of respecting that the people are the nation’s true sovereigns – the mainstream media is failing again. Indeed, the chasm between what America’s elites are thinking these days and what many working-class Americans are feeling is underscored by the high-fiving that’s going on inside the elite mainstream news media, which is celebrating its Trump- and Russia-bashing as the “new golden age of American journalism.”

The New York Times and The Washington Post, in particular, view themselves as embattled victims of a tyrannical abuser. The Times presents itself as the brave guardian of “truth” and the Post added a new slogan: “Democracy dies in darkness.” In doing so, they have moved beyond the normal constraints of professional, objective journalism into political advocacy – and they are deeply proud of themselves.

In a Sunday column entitled “How Trump inspired a golden age,” Washington Post columnist Dana Milbank wrote that Trump “took on the institution of a free press – and it fought back.”

“Trump came to office after intimidating publishers, barring journalists from covering him and threatening to rewrite press laws, and he has sought to discredit the ‘fake news’ media at every chance. Instead, he wound up inspiring a new golden age in American journalism.”

“Trump provoked the extraordinary work of reporters on the intelligence, justice and national security beats, who blew wide open the Russia election scandal, the contacts between Russia and top Trump officials, and interference by Trump in the FBI investigation. Last week’s appointment of a special prosecutor – a crucial check on a president who lacks self-restraint – is a direct result of their work.”

But has this journalism been professional or has it been a hatchet job? Are we seeing a new “golden age” of journalism or a McCarthyistic lynch mob operating on behalf of elites who disdain the U.S. constitutional process for electing American presidents?

For one thing, you might have thought that professional journalists would have demanded proof about the predicate for this burgeoning “scandal” – whether the Russians really did “hack” into emails of the Democratic National Committee and Hillary Clinton campaign chairman John Podesta and then slip the information to WikiLeaks to influence the outcome of the 2016 election.

You have surely heard and read endlessly that this conclusion about Russia’s skulduggery was the “consensus view of the 17 U.S. intelligence agencies” and thus only some crazy conspiracy theorist would doubt its accuracy even if no specific evidence was evinced to support the accusation.

Further, as Clapper explained, the “ICA” was something of a rush job beginning on President Obama’s instructions “in early December” and completed by Jan. 6, in other words, a month or less.

Clapper continued: “The two dozen or so analysts for this task were hand-picked, seasoned experts from each of the contributing agencies.” However, as any intelligence expert will tell you, if you “hand-pick” the analysts, you are really hand-picking the conclusion.

You can say the analysts worked independently but their selection, as advocates for one position or another, could itself dictate the outcome. If the analysts were hardliners on Russia or hated Trump, they could be expected to deliver the conclusion that Obama and Clapper wanted, i.e., challenging the legitimacy of Trump’s election and blaming Russia.

The point of having a more substantive NIE is that it taps into a much broader network of U.S. intelligence analysts who have the right to insert dissents to the dominant opinions. So, for instance, when President George W. Bush belatedly ordered an NIE regarding Iraq’s WMD in 2002, some analysts – especially at the State Department – inserted dissents (although they were expunged from the declassified version given to the American people to justify the 2003 invasion of Iraq).

Obama’s “ICA,” which was released on Jan. 6, was a piece of work that embarrassed many former U.S. intelligence analysts. It was a one-sided argument that lacked any specific evidence to support its findings. Its key point was that Russian President Vladimir Putin had a motive to authorize an information operation to help Hillary Clinton’s rival, Donald Trump, because Putin disdained her work as Secretary of State.

But the Jan. 6 report failed to include the counter-argument to that cui bono assertion, that it would be an extraordinary risk for Putin to release information to hurt Clinton when she was the overwhelming favorite to win the presidency. Given the NSA’s electronic-interception capabilities, Putin would have to assume that any such undertaking would be picked up by U.S. intelligence and that he would likely be facing a vengeful new U.S. president on Jan. 20.

While it’s possible that Putin still took the risk – despite the daunting odds against a Trump victory – a balanced intelligence assessment would have included such contrary arguments. Instead, the report had the look of a prosecutor’s brief albeit without actual evidence pointing to the guilt of the accused.

Further, the report repeatedly used the word “assesses” – rather than “proves” or “establishes” – and the terminology is important because, in intelligence-world-speak, “assesses” often means “guesses.” The report admits as much, saying, “Judgments are not intended to imply that we have proof that shows something to be a fact. Assessments are based on collected information, which is often incomplete or fragmentary, as well as logic, argumentation, and precedents.”

In other words, the predicate for the entire Russia-gate scandal, which may now lead to the impeachment of a U.S. president and thus the negation of the Constitution’s electoral process, is based partly on a lie – i.e., the claim that the assessment comes from all 17 U.S. intelligence agencies – and partly on evidence-free speculation by a group of “hand-picked” analysts, chosen by Obama’s intelligence chiefs.

Yet, the mainstream U.S. news media has neither corrected the false assertion about the 17 intelligence agencies nor demanded that actual evidence be made public to support the key allegation that Russia was the source of WikiLeaks’ email dumps.

By the way, both Russia and WikiLeaks deny that Russia was the source, although it is certainly possible that the Russian government would lie and that WikiLeaks might not know where the two batches of Democratic emails originated.

Yet, one might think that the new “golden age of American journalism” would want to establish a firm foundation for its self-admiring reporting on Russia-gate. You might think, too, that these esteemed MSM reporters would show some professional skepticism toward dubious claims being fed to them by the Obama administration’s intelligence appointees. 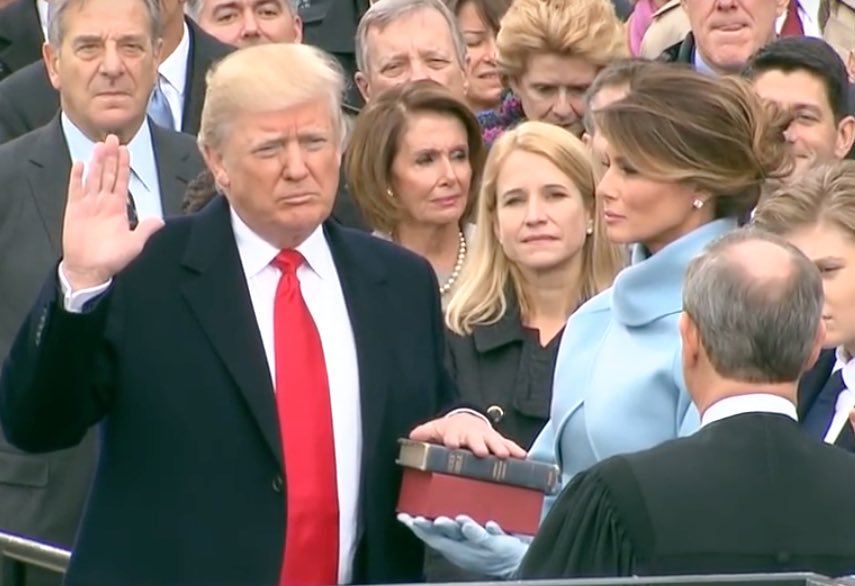 That is unless, of course, the major U.S. news organizations are not abiding by journalistic principles, but rather see themselves as combatants in the anti-Trump “resistance.” In other words, if they are behaving less as a Fourth Estate and more as a well-dressed mob determined to drag the interloper, Trump, from the White House.

The mainstream U.S. media’s bias against Putin and Russia also oozes from every pore of the Times’ and Post’s reporting from Moscow. For instance, the Times’ article on Putin’s comments about supposed secrets that Trump shared with Russian Foreign Minister Sergey Lavrov at the White House had the headline in the print editions: “Putin Butts In to Claim There Were No Secrets…” The article by Andrew Higgins then describes Putin “asserting himself with his customary disruptive panache” and “seizing on foreign crises to make Russia’s voice heard.”

Clearly, we are all supposed to hate and ridicule Vladimir Putin. He is being demonized as the new “enemy” in much the way that George Orwell foresaw in his dystopian novel, 1984. Yet, what is perhaps most troubling is that the major U.S. news outlets, which played instrumental roles in demonizing leaders of Iraq, Syria and Libya, believe they are engaged in some “golden age” journalism, rather than writing propaganda.

Yes, I realize that many good people want to see Trump removed from office because of his destructive policies and his buffoonish behavior – and many are eager to use the new bête noire, Russia, as the excuse to do it. But that still does not make it right for the U.S. news media to abandon its professional responsibilities in favor of a political agenda.

On a political level, it may not even be a good idea for Democrats and progressives who seem to be following the failed strategy of Hillary Clinton’s campaign in seeking to demonize Trump rather than figuring out how to speak to the working-class people who voted for him, many out of fear over their economic vulnerability and others out of anger over how Clinton dismissed many of them as “deplorables.”

And, by the way, if anyone thinks that whatever the Russians may have done damaged Clinton’s chances more than her colorful phrase disdaining millions of working-class people who understandably feel left behind by neo-liberal economics, you may want to enroll in a Politics 101 course. The last thing a competent politician does is utter a memorable insult that will rally the opposition.

In conversations that I’ve had recently with Trump voters, they complain that Clinton and the Democrats weren’t even bothering to listen to them or to talk to them. These voters were less enamored of Trump than they were conceded to Trump by the Clinton campaign. These voters also are not impressed by the endless Trump- and Russia-bashing from The New York Times, The Washington Post, CNN and MSNBC, which they see as instruments of the elites.

The political danger for national Democrats and many progressives is that mocking Trump and thus further insulting his supporters only extends the losing Clinton strategy and cements the image of Democrats as know-it-all elitists. Thus, the Democrats risk losing a key segment of the U.S. electorate for a generation.

Not only could that deny the Democrats a congressional majority for the foreseeable future, but it might even get Trump a second term. 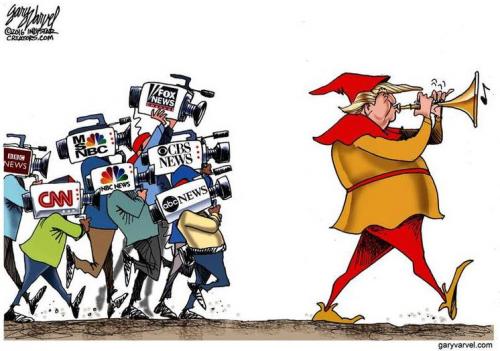 I find it incredibly insulting that the western mainstream world can willfully ignore places like Gaza and Yemen, even while they have been suffering intentionally created humanitarian crises at the hands of the “good guys” for years. And many out there still lost to the two-party deception simply toe the line and act like it’s Read More…

Washington, D.C. – In 2015, the United States spent more on its war machine than the next six countries combined, with a total of $596 billion spent on military expenditures. This week the U.S. House of Representatives passed its version of the annual National Defense Authorization Act (NDAA), with roughly $602 billion slated to be spent Read More…

Turns out there really was foreign collusion in the 2016 US presidential election. UK spies colluded with Obama hold-overs in the US deep state to try and get Hillary elected. When that failed they invented “Russiagate” to try and overthrow the US election. Will President Trump wake up and see the danger that the US Read More…

One Reply to “US Journalism’s New “Golden Age?””