This database can show you exactly what kind of military hardware your local PD is stockpiling and proves why the 1033 program is a terrible idea.

(TFTP) Washington, DC — This week the Trump administration announced that they were lifting an Obama administration ban on certain military grade weapons being sold to state and local police for pennies on the dollar. While there is a growing awareness that local law enforcement has received massive amounts of surplus military hardware under the federal 1033 program, authorized by the National Defense Authorization Act, exactly what equipment local law enforcement agencies have been stockpiling has remained largely obscured from the public’s view.

The public controversy over the militarization of the police, for many Americans, began during the 2014 riots in Ferguson, Missouri. Images beamed across the media echo chamber revealed what looked like a war zone in Afghanistan or Iraq — with police kitted out in Marine-issue camouflage and military-grade body armor, toting short-barreled assault rifles, and rolling around in MRAPs (mine resistant armored personnel) vehicles — virtually indistinguishable from US soldiers abroad.

In addition to Ferguson, the extreme militarization of police was clearly on display during the Standing Rock protest, as police looked and acted more like a heavily armed military contingent than peace officers sworn to uphold the law.

Shortly after the American public became widely aware, and largely outraged, over the extreme militarization of their local police forces, President Obama signed an Executive Order (EO) that blocked certain large-caliber weapons, armored vehicles with tracks, grenade launchers, bayonets, and other heavy military hardware from being re-purposed from battlefields across the globe to small town USA.

President Obama argued at the time, that police utilization of such weapons of war cast the police as an “occupying force,” and only served to deepen the divide between police and the community.

“We’ve seen how militarized gear can sometimes give people a feeling like they’re an occupying force, as opposed to a force that’s part of the community that’s protecting them and serving them,” Obama said in announcing the ban in 2015.

The new Trump plan for the 1033 program goes into effect immediately and completely rolls back the Obama EO that blocked state, county, and local police depart from obtaining military weapons of war.

The surplus sharing agreement, also known as the “1033 program,” was originally created by Congress nearly 30 years ago as part of the National Defense Authorization Act, and was intended to assist local law enforcement in drug investigations.

The program was expanded in 1997 to include all local law enforcement operations, including counter-terrorism. Since then, according to the government, more than $5 billion in gear has been transferred to state, local and tribal law enforcement agencies.

Make no mistake that America has been quietly arming its police for battle with its own citizens, under the guise of the drug war, since the early 1990s.

As part of its misguided “war on drugs,” policy makers decided that if police were to act like drug warriors, they needed to be equipped like warriors. Since that time, almost $5 billion in military hardware was transferred from the military to law enforcement, according to a report by the ACLU. By giving military hardware to law enforcement for free, the NDAA and 1033 program encourages police to employ military-like tactics and weaponry.

To give you an idea of the absolute absurdity of the 1033 program, and how it unnecessarily militarizes small town police departments, law enforcement in Watertown, Connecticut, (population 22,514) acquired a mine-resistant, ambush-protected (MRAP) vehicle (sticker price: $733,000), designed to protect soldiers from roadside bombs, for $2,800. To date there has never been a landmine reported in Watertown, Connecticut. 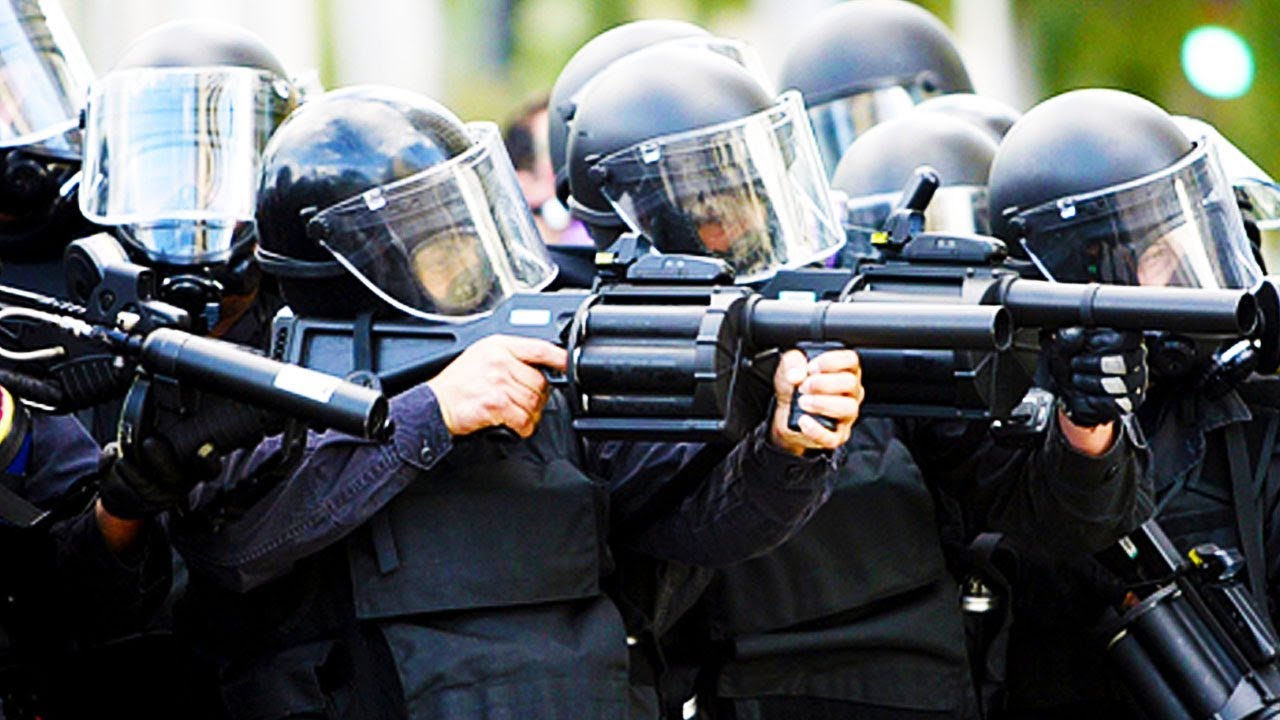 The distribution of these weapons of war has largely been shielded from public view. However, the database below will show you what your department has acquired through the program.

Now anyone can look up this information on a database using information supplied by the military’s Defense Logistics Agency and Law Enforcement Support Office. All one has to do is type in their State and County jurisdiction and they are able to see exactly what their local law enforcement agencies have received under the federal 1033 program.

The extreme militarization of the police begs the question: who are the local police preparing to use these weapons of war against?

Using history as an indicator, as the founding fathers clearly warned, Americans should be wary of the police operating as an oppressive standing army.

“The means of defense against foreign danger, have been always the instruments of tyranny at home. Among the Romans it was a standing maxim to excite a war, whenever a revolt was apprehended. Throughout all Europe, the armies kept up under the pretext of defending, have enslaved the people.”  – James Madison

Check out the database below to see what kind of military equipment your local police have been stockpiling.

Select your state and your county to see exactly how militarized your local law enforcement agencies have become.

“How could one person like myself be able to do what we in the business call regime change?” ~Steve Pieczenik Former Deputy Assistant Secretary of State under Henry Kissinger, Steve Pieczenik has a long history as an expert in psychological warfare and was a diplomat to Soviet Russia helping to instigate the collapse of the megalithic Read More…

Welcome to The Daily Wrap Up, a concise show dedicated to bringing you the most relevant independent news, as we see it, from the last 24 hours (8/31/18). As always, take the information discussed in the video below and research it for yourself, and come to your own conclusions. Anyone telling you what the truth Read More…

Welcome to The Daily Wrap Up, a concise show dedicated to bringing you the most relevant independent news, as we see it, from the last 24 hours (12/21/21). As always, take the information discussed in the video below and research it for yourself, and come to your own conclusions. Anyone telling you what the truth Read More…

One Reply to “Unconcerned About Trump’s Militarization Of Police? This Database Shows Why You Should Be”