After consultation with my Generals and military experts, please be advised that the United States Government will not accept or allow……

….Transgender individuals to serve in any capacity in the U.S. Military. Our military must be focused on decisive and overwhelming…..

….victory and cannot be burdened with the tremendous medical costs and disruption that transgender in the military would entail. Thank you

The announcement represents a major shift in US military policy; the decision will affect nearly 150,000 active and/or retired/veteran people on service in the US military. 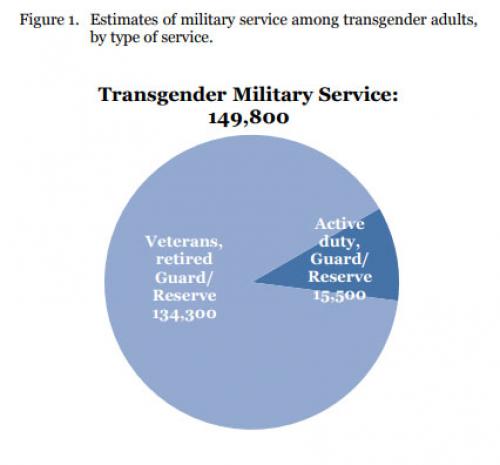 The DoD’s response to the Trump tweets: “Call the White House.”

DoD has responded to Trump tweets on transgender service in the military: “Call the White House.”

And just like that, Caitlyin Jenner’s Senate run gets a boost…

“I felt a great disturbance in the Farce, as if millions of snowflakes suddenly cried out in terror, and were suddenly silenced. I fear something terrible has happened.”

Trump’s decree could be a problem if this number is right:

There are, apparently, around 15,500 transgender individuals either serving on active duty or in the National Guard or Army Reserve already. https://t.co/2MMjjUgO21

The Defense Department estimates as many as 7,000 transgender troops serve in the active-duty force of 1.3 million.

It wasn’t immediately clear what Trump’s announcement would mean for the approximately 250 transgender people now serving openly in the U.S. military.

Here is one Delta Force Operator’s reality check (via IJR.com)… All soldiers in the U.S. Army are now required to take a 50-minute training course on transgender sensitivity. Independent Journal Review wanted to know what veterans who have trained thousands of soldiers to fight in combat think about the news.

We spoke with U.S. Army Master Sergeant (Ret.) and Delta Force Operator Dale Comstock. Comstock has seen more war than the average American can wrap their head around. In fact, he’s served in every major campaign from Grenada in 1983 to present-day conflicts.

“This whole political-social experiment is not helping. The reality is, it’s in the Army, it’s in the Navy, it’s in the military. And unless Mattis and Trump rescind all these policies and stop this madness, it’s here to stay.

It affects morale and combat readiness on many levels. At the end of the day, war fighting is about one thing: Killing people. It’s about bringing home our guys alive. It’s not about being sensitive to a transgender. This isn’t corporate America, this is the military.

You can’t just put some policy in place because you want people to feel equal. Most guys who join the military, especially special operations forces, were the boys who had dirt clod fights on the playground, wrestled and fist fought, stole each other’s girlfriends, and pledged allegiance to the flag. And that same spirit and apex predator mindset goes with us into the military.”

For those curious, here is a full breakdown on Transgender in US Military Service from the Williams Institute:

Hundreds of thousands took to the streets in the Yemeni capital of Sana’a to protest the second anniversary of the invasion by Saudi Arabia, as well as the ongoing military offensive by the loosely U.S.-backed, Saudi-led coalition of nine nations attempting to crush the Shia Houthi rebellion. “I participated in the protests against the aggression (by the Read More…

“If you want to find the secrets of the universe, think in terms of energy, frequency, and vibration” – Nikola Tesla Energy is a property of objects, which can be transferred to other objects or converted, but cannot be created or destroyed. Literally, everything in the known universe is energy in some form or another, whether Read More…

The number of ‘whistleblowers’ that have emerged over the years regarding the ongoing ‘war against terror’ is truly eye-opening. Unfortunately, many remain innocently ignorant given the fact that mainstream corporate media will not touch this stuff. They are, however, very quick to jump on the ‘terrorist’ bandwagon when an alleged attack is carried out, supposedly Read More…