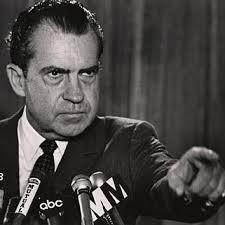 “There’s actual documentation that shows the United States Government under Nixon was actively writing to universities saying ‘pull your information of cannabis, hemp and marijuana out of your libraries, literally purge it.” Todd McCormick – Researcher, Editor of “The Emperor Wears No Cloths”

Will “Pokemon Go” Be Used To Catch Us All?

Millions of smartphone users around the world have downloaded the new Pokemon Go app, but is there more to the story than just fanciful game play? On July 6, 2016 a brand new cellphone app based on the popular Pokemon franchise was released to millions of adoring fans. The app, known as Pokemon Go, has quickly Read More…

While the resurgence of human trafficking in war-torn Libya in recent years has occupied the headlines, trafficking in the UK has also climbed to an all-time high, according to the National Crime Agency. Statistics released by the NCA show the number of potential victims of slavery has increased by 35% to 5,145 since 2016- the highest since records Read More…

Syrian Kurds claim to be fighting against terror as they strive for autonomy, a goal that they have yet to achieve even after decades of effort. But their efforts are being co-opted by Western powers that are using them to achieve their own ends in the Middle East. In Part I of independent analyst Sarah Abed’s Read More…