The United States Department of Defense (DoD) is building a new $110 million drone base in Niger, adding to its existing footprint of more than 800 military bases in more than 70 countries, the Associated Press (AP) reports.

On Monday, the AP detailed in a report that the U.S. Air Force is constructing a base for weaponized drones, the newest front in America’s expanding foreign wars “against the growing extremist threat in Africa’s vast Sahel region.”

The drone base dubbed “Niger Air Base 201” resides a few miles outside the perimeter of Agadez, the largest city in central Niger, which was built at the request of Niger’s government. Three drone hangers and a leveled strip of smooth ground along which aircraft take off and land command a sandy, barren field, said AP. The base is expected to be functional early next year with fighter jets and General Atomics MQ-9 Reaper drones transferred from another base 590 miles away in Niamey. 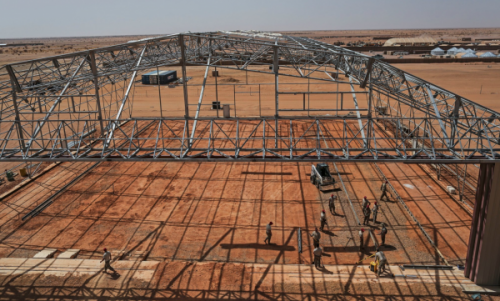 Construction of a hangar on the new drone base last week in Agadez, Niger. (Source: Todras-Whitehill for The New York Times) 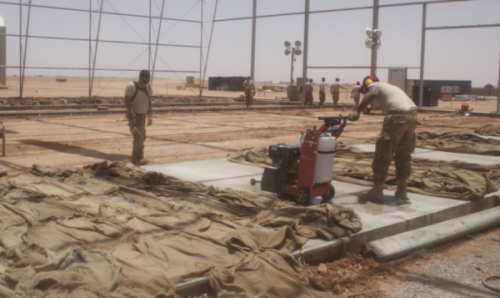 Airmen work in the unmanned aerial device apron in Agadez, Niger, where drones will be parked when they are not in operation. (Source: John VanDiver for Stars And Stripes)

AP writes, the MQ-9 Reaper is one of the most advanced drones in the U.S. arsenal. Its surveillance and striking capabilities are second to none, with a range of 1,150 miles; the drone will have the ability to reach most West and North African countries. 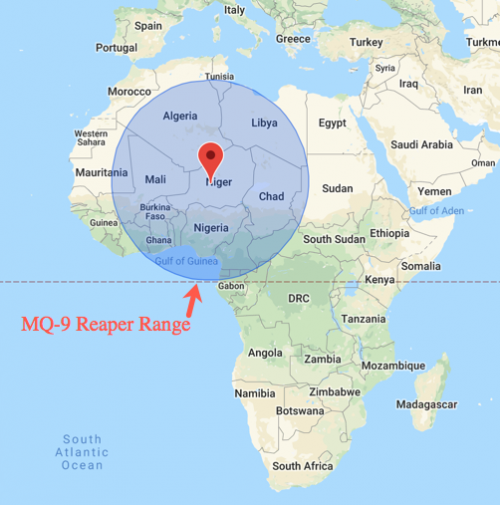 U.S. defense officials did not disclose how many drones the new base will store, but there was mention that this base would be the second largest in Africa. Further, officials stated the drones would target al-Qaida and Islamic State-affiliated groups in the region.

“Citing security reasons, no official will say how many drones will be housed at the base or whether more U.S. personnel will be brought to the region. Already the U.S. military presence here is the second largest in Africa behind the sole permanent U.S. base on the continent, in the tiny Horn of Africa nation of Djibouti. The drones at the base are expected to target several different al-Qaida and Islamic State group-affiliated fighters in countries throughout the Sahel, a sprawling region just south of the Sahara, including the area around Lake Chad, where the Nigeria’s Boko Haram insurgency has spread.”

“The presence of foreign bases in general and American in particular is a serious surrender of our sovereignty and a serious attack on the morale of the Nigerien military,” said civic leader Nouhou Mahamadou.

However, U.S. Africa Command spokeswoman Samantha Reho said, ” intelligence, surveillance, and reconnaissance” are the critical tools in the fight against terrorism.

“The location in Agadez will improve U.S. Africa Command’s capability to facilitate intelligence-sharing that better supports Niger and other partner nations, such as Nigeria, Chad, Mali and other neighbors in the region and will improve our capability to respond to regional security issues,” Reho added.

Commander Brad Harbaugh, who is in charge of the new base told AP that some residents in Niger are welcoming the growing U.S. military presence, due to overwhelming threat of extremist in the region.

“Northern Mali has become a no man’s land, southern Libya is an incubator for terrorists and northeastern Nigeria is fertile ground for Boko Haram’s activities … Can Niger alone ensure its own security? I think not. No country in the world can today alone fight terrorism,” said Souleymane Abdourahmane, a restaurant promoter in the capital, Niamey.

The expansion of drones in the desperately poor, remote West African country comes as U.S. special forces retreat from the front lines. Last October, an Islamic State linked-group of extremist ambushed four U.S. soldiers and five Africans. Until then, few knew the DoD’s presence in the region, nevertheless, the construction of the drone base.

As the disastrous legacy of U.S. military failure is more than evident today in the Middle East, it seems as America’s military leaders are about to test their luck, in perhaps, the next round of wars in West and North African countries. How is this “Making America Great Again”?

America Is Quietly Expanding Its War In Tunisia
September 26, 2018